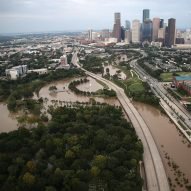 Miami residents in the shadow of heavyweight construction cranes have been told to evacuate, as the structures could be toppled by the high winds anticipated to arrive with Hurricane Irma.

The City of Miami issued a statement on Twitter warning citizens of the potential toppling danger of the 20 to 25 cranes in the city, which is bracing for Irma’s arrival on Saturday afternoon.

“These tower cranes are designed to withstand winds up to 145 miles per hour, not a Category 5 hurricane,” said the statement.

Deputy director of Miami’s building department, Maurice Pons, advised those in buildings next to the cranes to leave.

“The crane’s arm has to remain loose; it is not tied down,” the statement said. “The arm’s counterbalance is very heavy and poses a potential danger if the crane collapses.”

Important information regarding construction cranes and sites in #Miami, especially if you live in a high-rise building. #HurricaneIrma pic.twitter.com/t4AfyFyaID

Responding to questions on Twitter about dismantling the cranes before the storm hits, the City of Miami said “there is not enough time” as each crane takes two weeks to take down.

Construction sites across Miami have also been put on lockdown, so materials that could potentially fly off can be removed or secured. A mandatory evacuation has been ordered for the coast and barrier islands, including Miami Beach, based on zones most at risk of flooding.

Skyscrapers underway across the region include several starchitect-designed towers, such as http://www.dezeen.com/2016/05/12/zaha-hadid-interiors-one-thousand-museum-residential-tower-miami/Zaha Hadid Architects’ 1000 Museum (pictured).

Hurricane Irma has torn through the Caribbean as a Category 5 storm – the highest level possible – with winds up to 185 miles per hour that have already devastated several islands.

It follows Hurricane Harvey, which caused catastrophic flooding in Houston and other parts of Texas last week. In an Opinion column for Dezeen, disaster expert Ilan Kelman said that the city’s urban planning was to blame for the scale of the crisis.