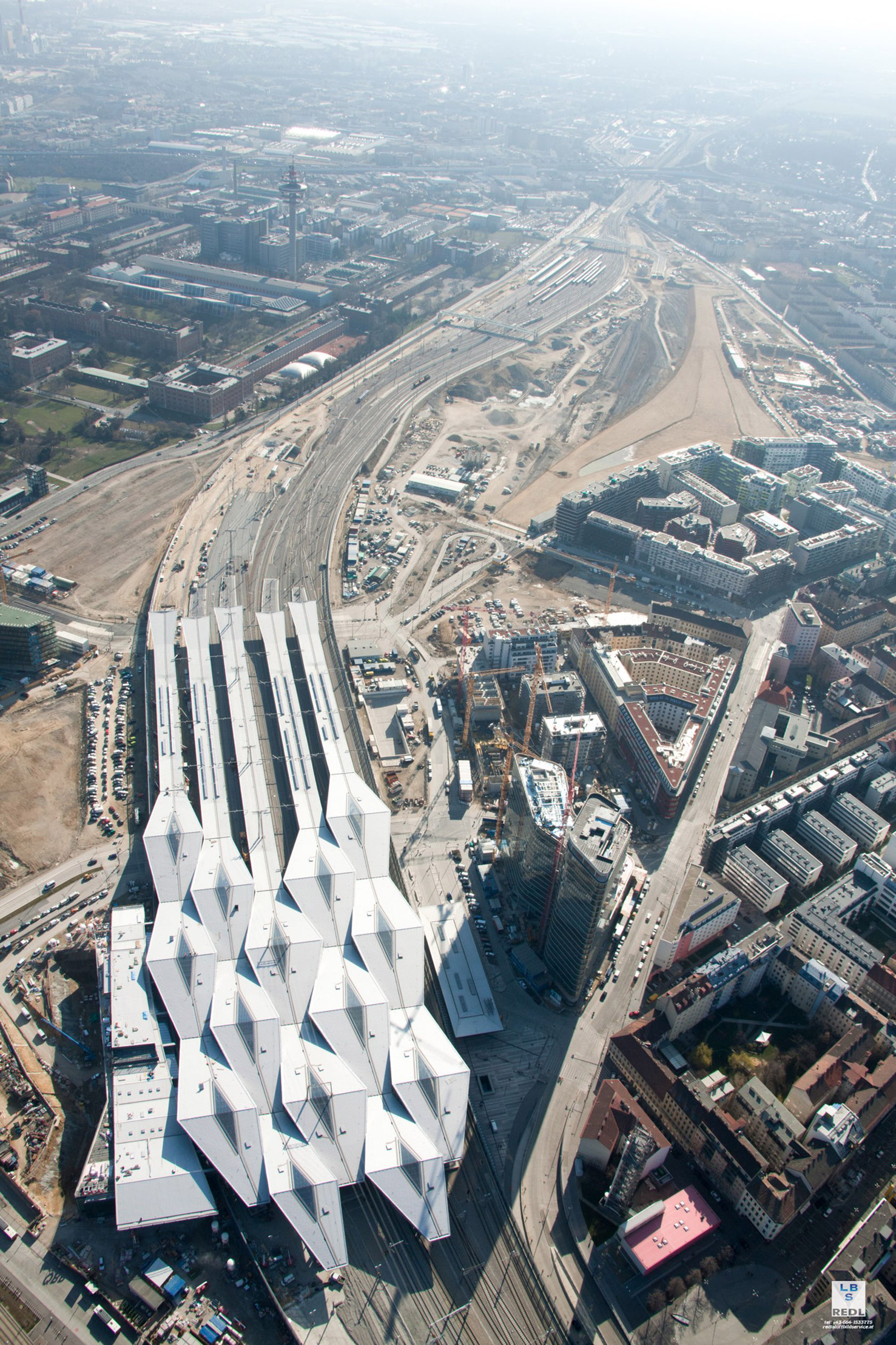 The new sculptural roof was added during an overhaul of the station, located south of the city centre in an area undergoing extensive regeneration.

The project formed part of a masterplan for the transportation hub and the surrounding area, with Hotz and local architects Ernst Hoffmann and Albert Wimmer responsible for the architectural design.

“Vienna’s new central station project is pivotal to the city’s transport policy as it enables trains to converge in a single location for the first time,” the team said.

The canopy comprises 14 diamond-shaped space frames, arranged in five rows that follow the lines of the tracks and each of the platforms.

Punctured in the centre by a skylight, the segments are staggered to produce a zigzagging effect over the station, and allow in light through glazing in the gaps in between.

The faceted surfaces are clad in glossy, pale-toned panels, evoking the appearance of giant crystal structures.

“The angled lines of the soffits reflect those of the folded plate structure above and their triangular surfaces create a striking crystalline form that produces stunning light effects,” said the team.

Vienna Central Station won in the Bus and Train Stations category at the 2016 A+Awards. 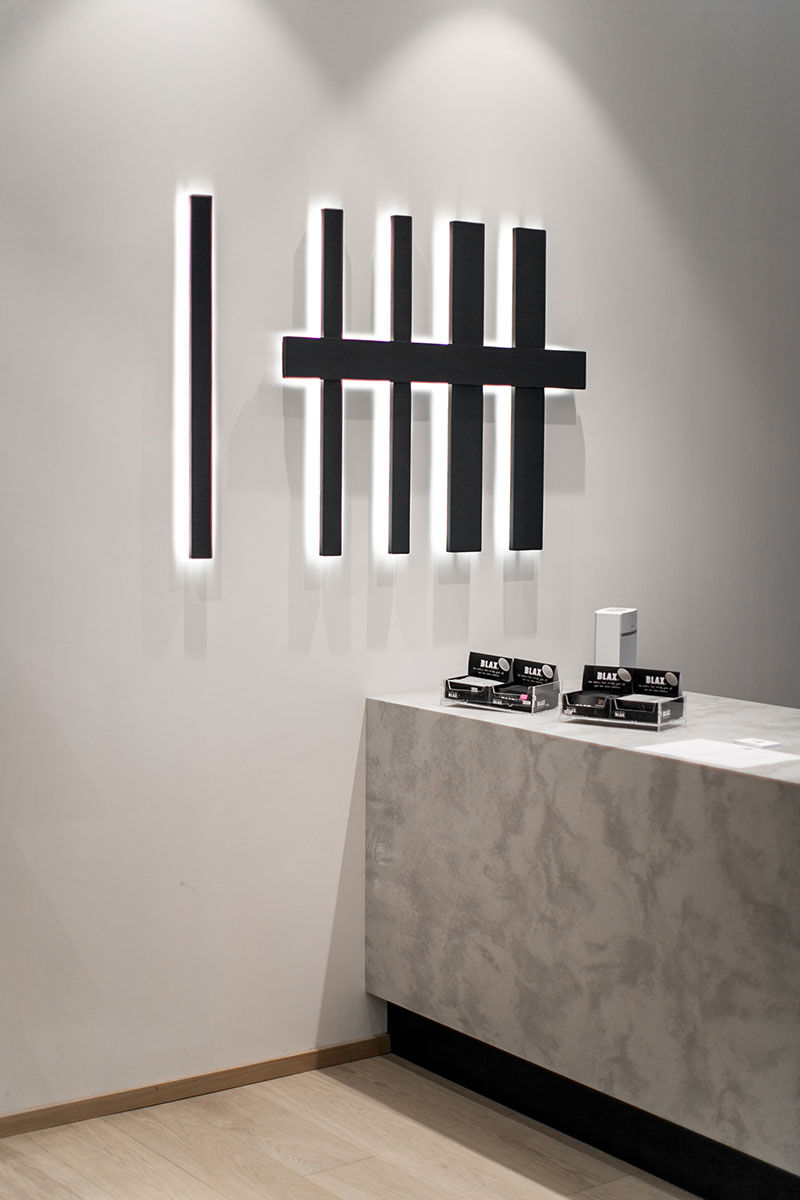