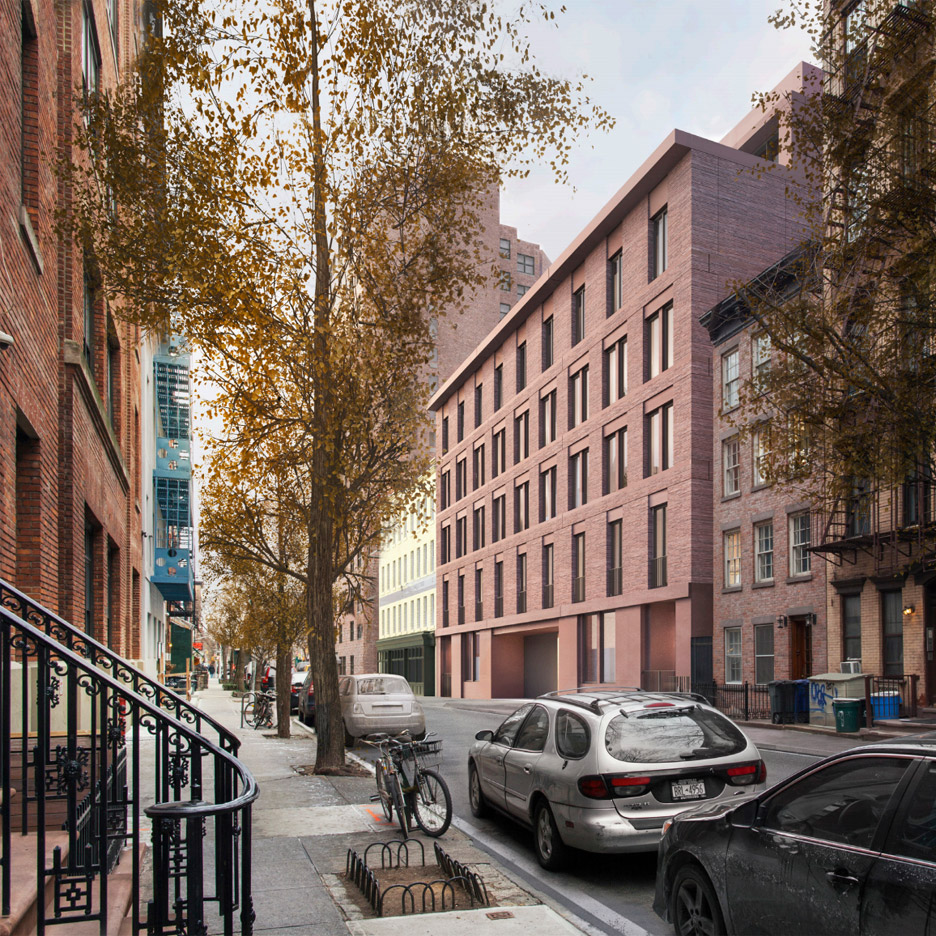 After three rejected planning applications, British architect David Chipperfield has been given the go-ahead for a residential building in New York‘s West Village.

This is the fourth time Chipperfield‘s plans have been submitted since July 2016, with revisions to the design made each time.

Over the various iterations, the top storey has remained stepped back to make the building appear shorter from the street, and provide outdoor space for the penthouse.

However, the cladding has been swapped for a reddish tone and the fenestration has been scaled down – both more in keeping with the neighbouring architecture.

New York’s West Village sits within the Greenwich Village Historic District, designated by the LPC in 1969, and is known for is red-brick townhouses.

The most recent tweaks made after a planning rejection in January 2017 include alterations at street level to make the building look more like two townhouses. A garage door remains in the centre, providing access to 12 public parking spaces below the seven residences.

Although the building has the green light from the LPC, the commissioners urged the team to continue to refine the design of the ground floor, according to Curbed.

The Greenwich Village Society for Historic Preservation, which campaigns to protect the area’s architectural heritage, is still not satisfied with the design and released a scathing statement following news of the approval.

“It is disappointing that the Landmarks Preservation Commission chose to approve a design which is so patently inappropriate for the Greenwich Village Historic District and for Jane Street,” the organisation said.

“The design is barely changed from the one roundly criticised by the public and rejected by the Commission in January. It still looks like a chain motel, it’s still too large, and it still sticks out like a sore thumb.”

“The changes made by the architect since January are the proverbial rearranging of the deck chairs on the Titanic,” the statement continued. “This design might look at home next to the off-ramp of I-95, but it does not make sense on this historic side street. We hoped for better from this architect, and from the Landmarks Preservation Commission.”

Another of Chipperfield‘s projects in New York is due to open later this year. The 34-storey residential building at Bryant Park will house luxury units starting at $2 million (£1.3 million).

He has also completed the interior for fashion house Valentino’s Fifth Avenue store and is working on an extension to the Metropolitan Museum of Art.