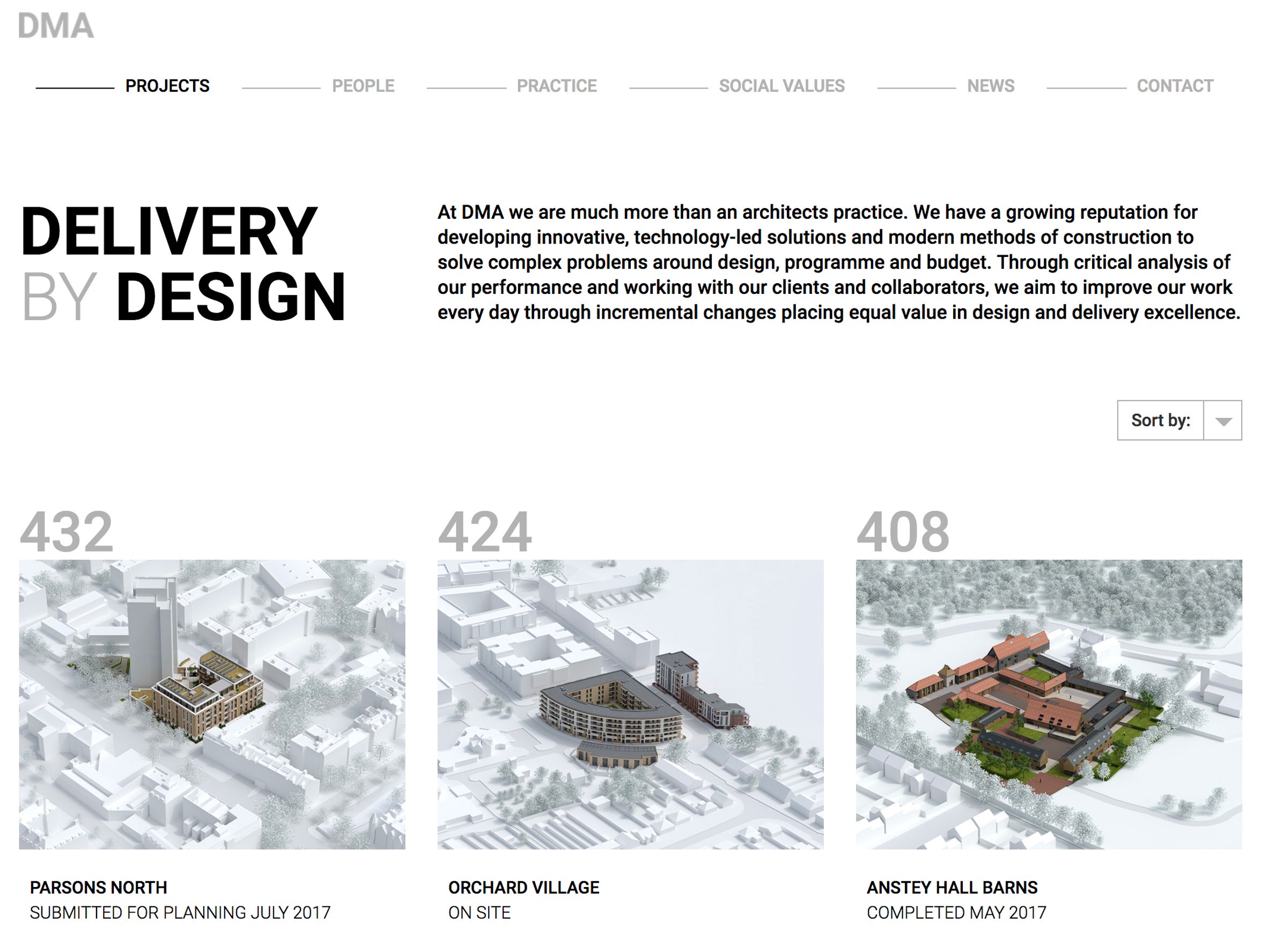 London studio David Miller Architects has won the top prize at the Archiboo Web Awards 2017, which recognise the best websites of architects and architecture organisations.

The prize for best overall website was awarded to the David Miller-led architecture studio, after judges described is as as “clean, cool and comprehensive”.

“This is a very well organised, concisely designed site with an impressive breadth of information and a nice balance of people and buildings throughout,” said judges, who included Dezeen editor-in-chief Marcus Fairs and Arup engineer Carolina Bartram.

Dezeen is media partner for the Archiboo Web Awards, a London-based organisation set up by former BD editor Amanda Baillieu to spotlight architecture companies that are using the internet in a creative way.

Awards were given out in 10 categories, including best homepage, which was awarded to landscape firm Gillespies. Judges said the site offered a “clear and consistent message on the scale of the studio and the area of its expertise”.

Sarah Wigglesworth Architects won the award for best visual design, thanks to a website that “showcases beautiful images through storytelling and intuitive navigation”.

Clever use of multimedia led to numerous prizes. David Miller Architects was lauded for its use of technology, Witherford Watson Mann won the prize for best use of video, and Mae was given an award for best use of social media.

Similarly, Ackroyd Lowrie picked up the best for best use of innovation, for implementing virtual reality into its website. “This feels like the future,” said judges.

The Archiboo Web Awards winners were announced in a ceremony during the London Design Festival last week. The competition attracted 250 entries, which entrants from the USA and Canada, as well as the UK.