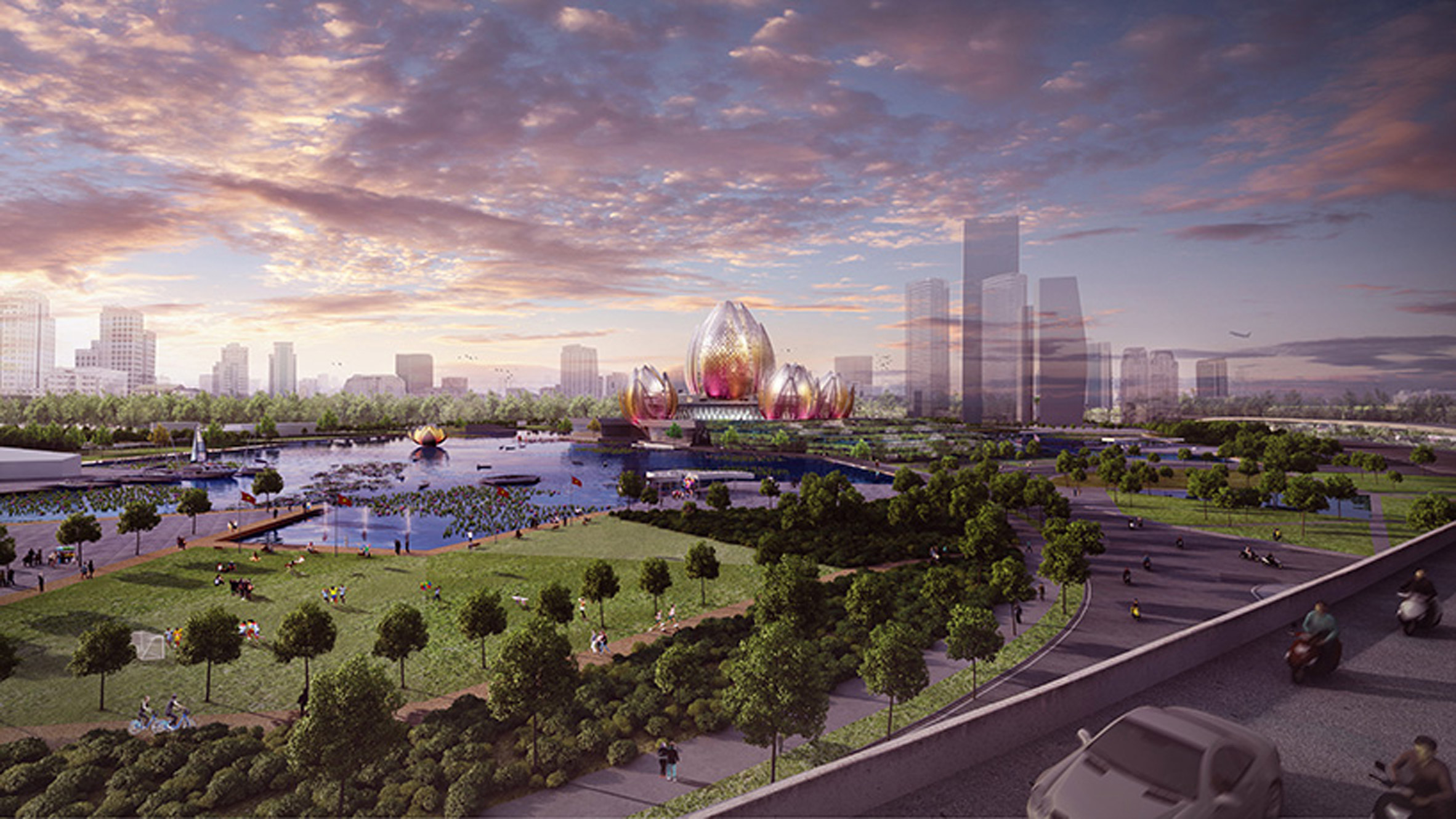 The centre named Hanoi Lotus will be set among ponds and parkland, and is proposed as part of an expansion of arts and cultural buildings in the Vietnamese capital.

The multifunctional theatre and performance space hosts an auditorium with 2,000 seats, as well as a technology business incubator, a cinema, offices for startups and restaurants.

Melbourne-based DeciBel chose to reference the shape of the floating lotus blossom as it is Vietnam’s national flower, but also because the complex will sit atop a major new storm-water mitigation lake.

A large tuber-shaped structure will cover the auditorium, while five smaller versions will be arranged on the outskirts. Layers of “petal” fins made up of glazing and metal mesh will be grouped together to create these volumes in the shape of a closed bud.

“The form of the Hanoi Lotus is inspired by the lotus flower, found throughout Vietnam,” said the architects. “The young tightly wrapped lotus flower is a poignant symbol of growth and potential before it bursts open into an elegantly coloured bloom.”

“Bouquets of tightly clustered lotus flower are a common sight on the streets of Hanoi and form the inspiration for the composition of our building,” they continued.

To complete the shape of the lotus, which artist Ai WeiWei also referenced to create a floating installation in Vienna that he created from refugee life jackets, the architects have set large ponds between the buds.

Dips on either side of the pools will allow water from fountains to flow into further pools located on the ground levels below.

A series of stepped wetlands will cover a network of underground roads leading up to the complex from one of Hanoi’s main arterial roads, which connects the city with Noi Bai Airport. Because of this central location, the multi-purpose public venue is intended to provide a memorable sense of arrival into the city.

The architects are aiming to complete the construction of Hanoi Lotus in time for Lunar New Year 2019, which will fall on 5 February.

Visualisations are by Mike Durek and Shadowlab.