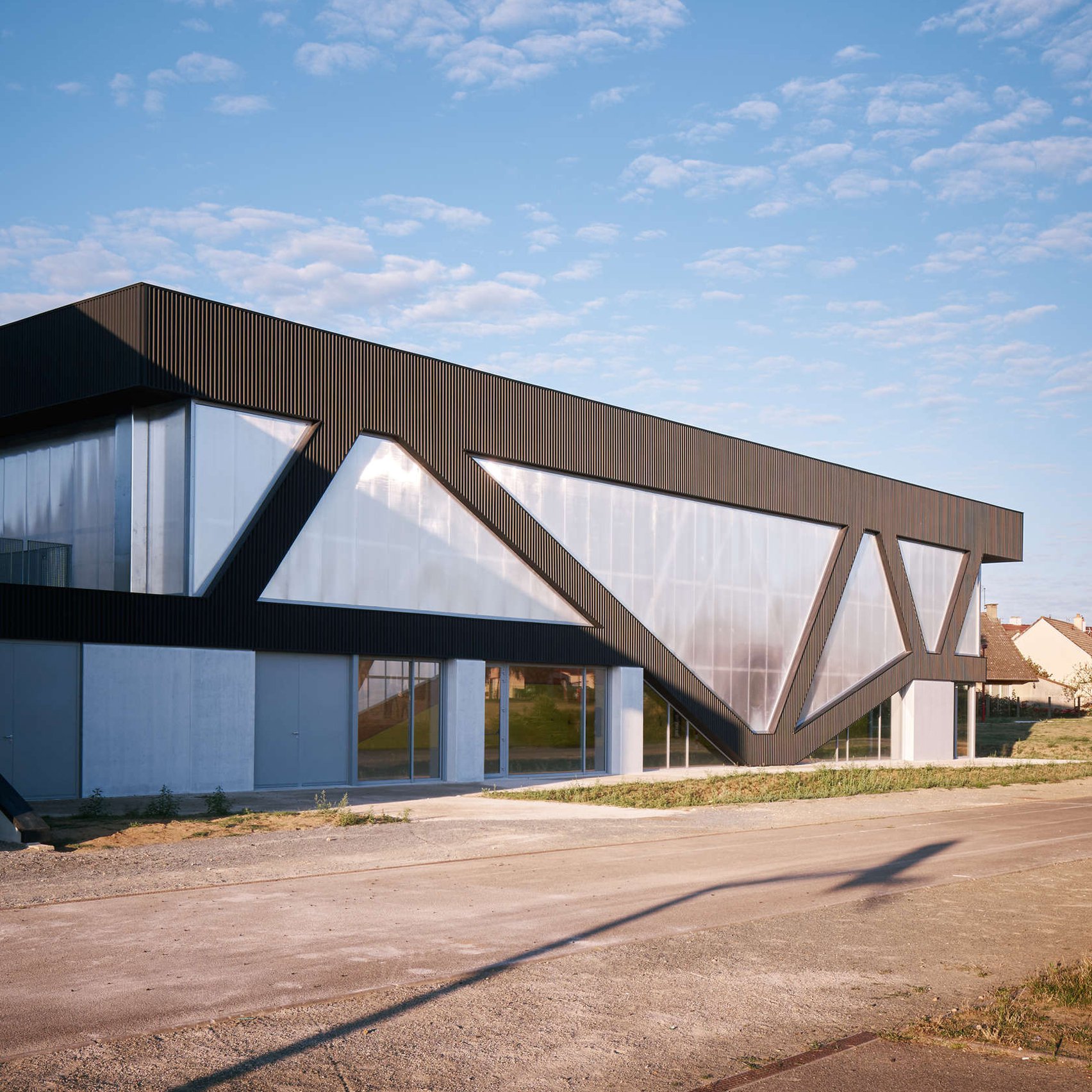 A+Awards: angular polycarbonate windows create tessellating shapes across the facade of this gymnasium in France’s Champagné region, a winner at this year’s Architizer A+Awards.

The architects wanted to match the height of the existing sports centre, but offer a contrast to its gabled roof, which is topped by a projecting chimney-stack-like form. The new gym conversely features a flat roof.

Wooden beams supporting the roof are positioned diagonally, and left exposed across both the interior and exterior.

The beams are clad with black corrugated metal. From a distance, they appear like lines drawn between the old and the new structures.

To form these beams, the architects used glue-laminated timber, a type of engineered wood formed by layering up multiple slices of wood and gluing them together.

On the outside, the polycarbonate windows are finished with an anti-glare matt treatment so that they reflect different hues of light during the day.

On the northern side of the building, these panels create a diffused light source and ensure privacy for the sports players within.

Clear glazing forms the lower facade to offer views of the sports field, while the southern side is opaque to avoid too much glare.

On the eastern side, the hall features a large window framing views of a new roof terrace – an open-air meeting space between the two gyms. Here, the architects also added a series of planted areas.

The wooden structure is left bare and matt inside the sports hall to create a warm-toned environment. It is offset by splashes of bright yellow-paint –  a nod to the blocks of colour on the exterior of the existing gym.

The Nathalie Mauclair Multisports Hall took home one of the prizes in the Hospitality + Sport category at the 2016 A+Awards.

Their stated mission is to nurture the appreciation of meaningful architecture in the world and champion its potential for a positive impact on everyday life. Find out more about the A+Awards »

Entries are now being accepted for the next A+Awards. Enter the 2017 A+Awards »