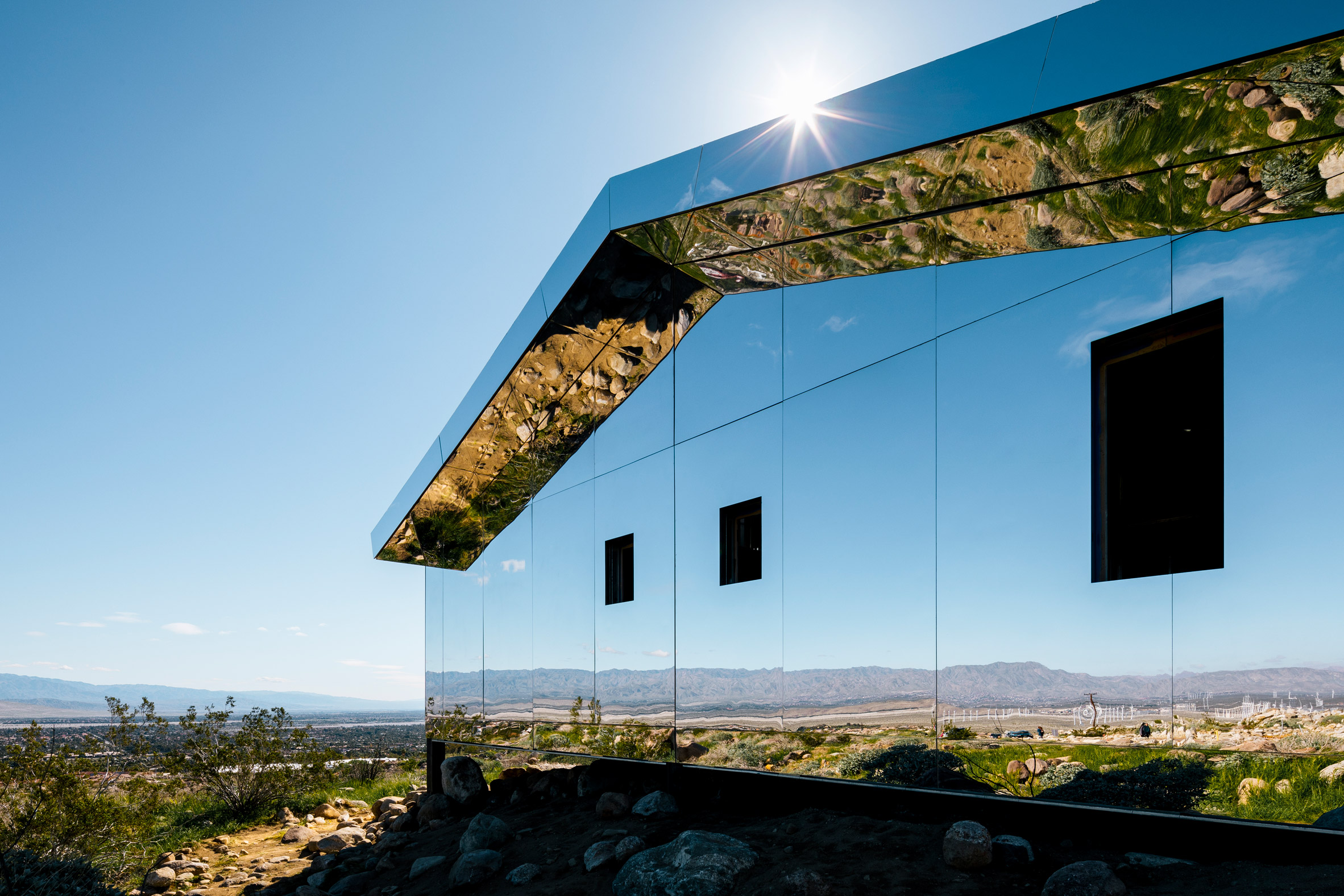 American artist Doug Aitken has built a small house-shaped structure, clad top-to-bottom in mirrors, in the desert outside Palm Springs.

The Mirage sculpture is modelled on a ranch-style suburban American house. But it is composed of mirrored surfaces, which reflect the surroundings and camouflage the structure.

“Mirage distills the recognisable and repetitious suburban home into the essence of its lines, reflecting and disappearing into the vast western landscape,” said Aitken.

The artists created the installation for the Desert X art festival, for which 16 artworks have been installed across the arid landscape of the Coachella Valley.

Aitken’s design is based on the California ranch style of architecture.

Informed by the modernist ideas of architect Frank Lloyd Wright, combined with the traditional ranches in the American west, the style was developed in the region by a group of architects in the 1920s and 1930s.

“The mass-produced ranch home became a familiar sight across the country, the style filling the American landscape as quickly as each new subdivision was built.”

Aitken reconfigured the idea of the suburban home by removing its inhabitants and their possessions. He has done away with the doors and windows so the structure is not private or secure.

Inside, the reflective surfaces create a kaleidoscopic effect intended to evoke confusion rather than comfort.

He previously added mirrored strips to the walls of a desert shack to create the illusion that you can see right through the building.

More mirrored buildings around the world include a reflective beach hut on the English coast and a crinkled stainless-steel extension to 1960s museum in Norway.

Photography is by Lance Gerber, courtesy of the artist and Desert X.