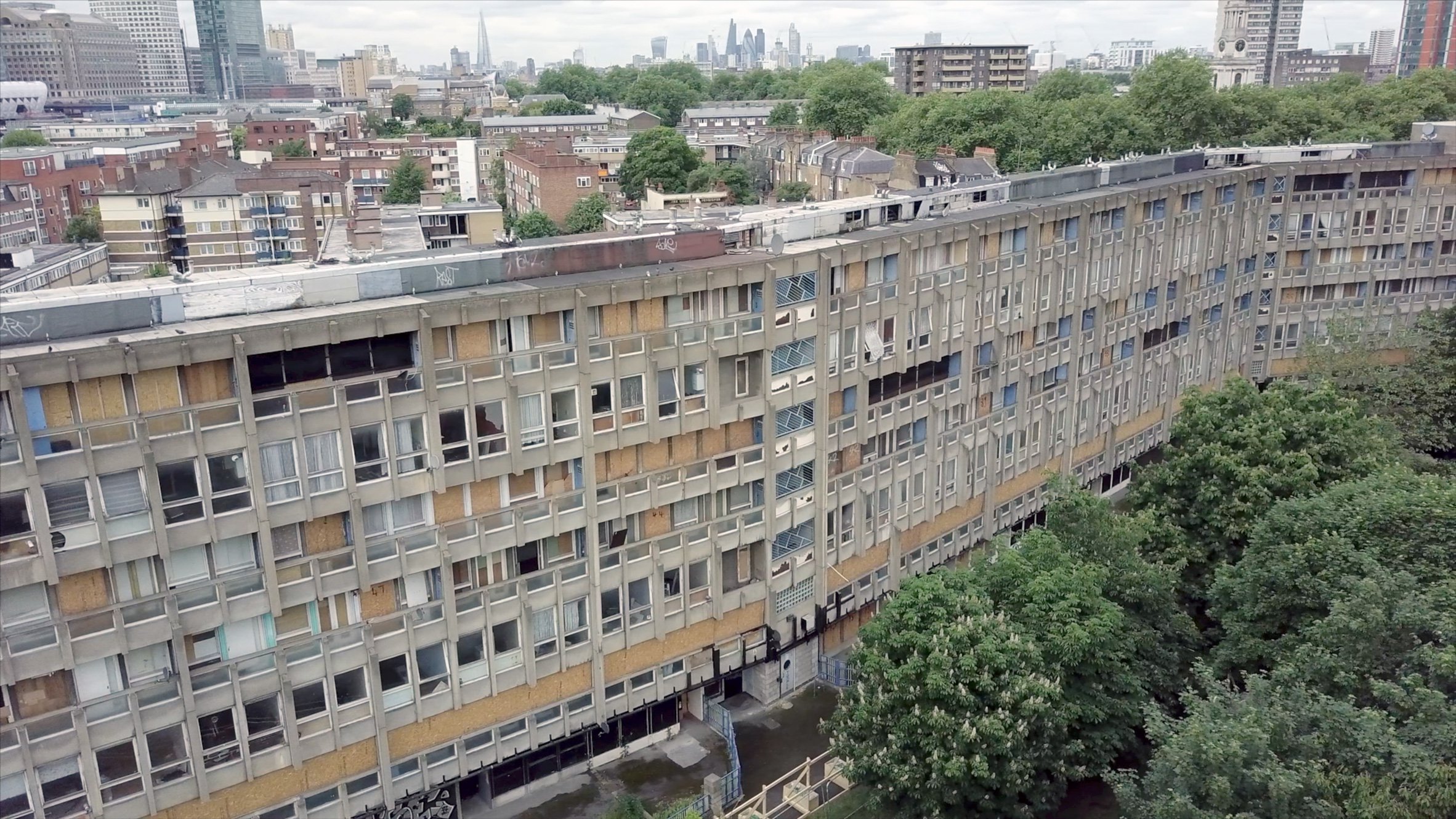 This drone footage shot by Dezeen surveys the ill-fated brutalist housing estate Robin Hood Gardens, designed by architects Alison and Peter Smithson, which is set to be demolished in the coming weeks.

Designed by the Smithsons during the 1960s and completed in 1972, Robin Hood Gardens in Poplar, east London, is the only housing estate by the pair that came to fruition.

It is considered exemplary of new brutalism, an architectural style gaining its name from the French béton-brut, or raw concrete, used to form the structures.

The estate is about to be demolished to make way for a suite of new housing blocks, despite years of campaigning to have it heritage listed. The first block could be razed any day now, while the second will be pulled down later.

Richard Rogers, the late Zaha Hadid, Toyo Ito and Robert Venturi, as well as the Smithon’s son, were among a group of high-profile architects who petitioned to save the estate.

Rogers described it as Britain’s “most important” post-war social housing development, but the campaign failed and politicians have been calling for its demolition since.

A key feature of the estate is its elevated external walkways or “streets in the sky”, which aimed to recreate the socialising space of the pavement above ground.

These decks run along the outer walls of the two crooked concrete blocks that make up the 213-apartment estate.

They flank a large communal garden with a mound and play parks, protecting it from the view and noise of two main roads that pass the site. Balconies on these inner facade look out over the garden.

The movie was shot over the course of two days by Dezeen’s in-house film team using a DJI Mavic Pro drone.

Residents of the western block of the estate have been evicted and the windows boarded up in preparation for its imminent demolition.

It will be replaced shortly with four buildings designed by London firms Haworth Tompkins and Metropolitan Workshop.

The studios have each designed two blocks for the site, which will form part two of a five-phase regeneration project in the wider area know as Blackwall Reach. The first phase completed in 2015.

The eastern block will be demolished during the third development phase, leaving just the grassy knoll that Robin Hood Gardens is arranged around.

In total, the new scheme aims to provide 1,575 new homes, along with commercial properties and community facilities, but the plans have come under fire for forcibly displacing residents.

The estate is one of a number of post-war housing blocks in the UK awaiting demolition.

Dezeen columnist and architecture critic Owen Hatherley described the prime minister’s announcement as “infuriating” and “idiotic” at the time.

He added: “Cameron’s specific mention of brutalism suggests, like much else, that his entire politics and worldview was formed in the 1980s and hasn’t changed since.”