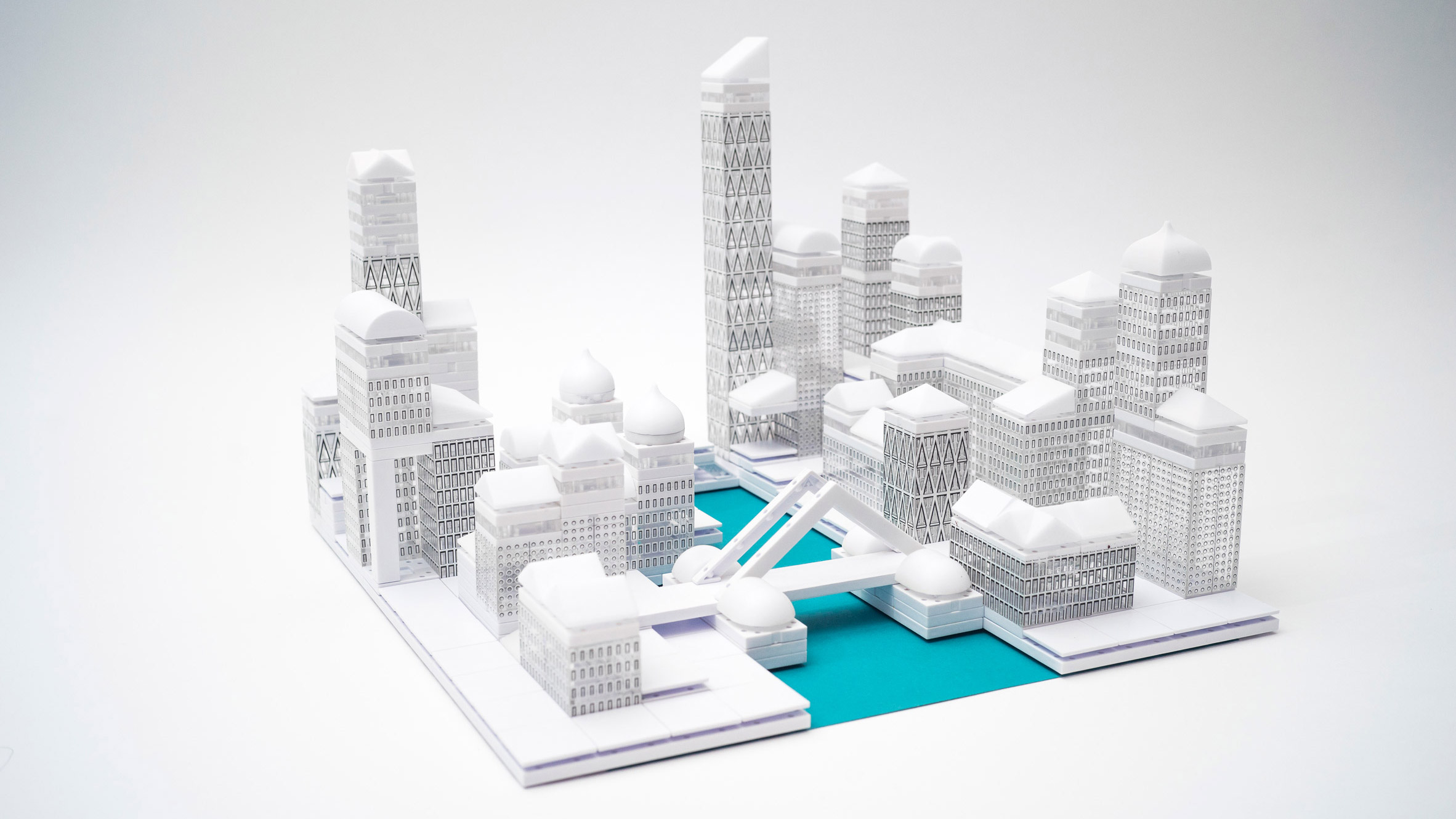 Called Arckit Cityscape and Arckit Masterplan, the new city-building kits are designed to appeal to a broad audience ranging from young children, to hobbyists and professionals.

The kits follow on from the original three-dimensional architectural modelling system that the Irish company launched in 2014.

“We launched Arckit in 2014 as a professional design tool for architects. However, since then Arckit has become incredibly popular within education and with a wider audience of designers and makers,” Arckit founder Damien Murtagh told Dezeen.

“For our new products, we wanted to stay true to our original roots as a professional tool, whilst also developing a product that opens up the world of architecture to a wider audience,” he added. “Arckit is about making architecture and design accessible to everyone.”

In order to raise funds to put the new kit designs into production, Arckit has launched a campaign on Kickstarter. The campaign provides backers with early access to the 12 new kits with special “early bird” discounts.

The 2014 modular system, which is at 1:48 scale, was originally solely aimed at architects as a fast and reusable alternative to traditional ‘cut and glue’ model making, which Murtagh says is “no longer feasible due to time and cost restraints”.

However, following interest from children at the product’s launch, the kits were introduced into toy shops the following year, prompting comparisons with Lego.

Like the original building design kits, the new urban planning kits are made up of a modular series of moulded ABS plastic parts. The pieces click together, and can be disassembled and used again when the model has served its purpose.

While the Arckit Cityscape series is aimed at an audience that includes everyone from children aged 6 plus to adult hobbyists, the Arckit Masterplan kits are tailored to slightly older children and professionals.

“Our main challenge was to make sure that a young audience can use the kits to learn and have fun, and a more advanced audience can use Arckit to build professional-level models,” said Murtagh.

“We decided to design two different products (Cityscape and Masterplan) and then offer a variety of options within each series,” he added. “This approach works because all of the kits are designed in the same style. They are minimal, aesthetically-pleasing and contemporary, which appeals to a very broad audience – literally anyone who has an appreciation for design.”

Aimed at a slightly older age bracket of 12 years and upwards, Arckit Masterplan works in the same way as Cityscape, but features additional wall components that allow users to build taller structures such as skyscrapers and construct bridges and districts.

In March this year, architecture studio Bureau Spectacular turned its drawings of bizarre buildings into models for an exhibition at the San Francisco Museum of Modern Art, while in February, intricate models of buildings by Le Corbusier, Norman Foster, Peter Zumthor went on show at New York’s Columbia University, alongside photographs by James Ewing.