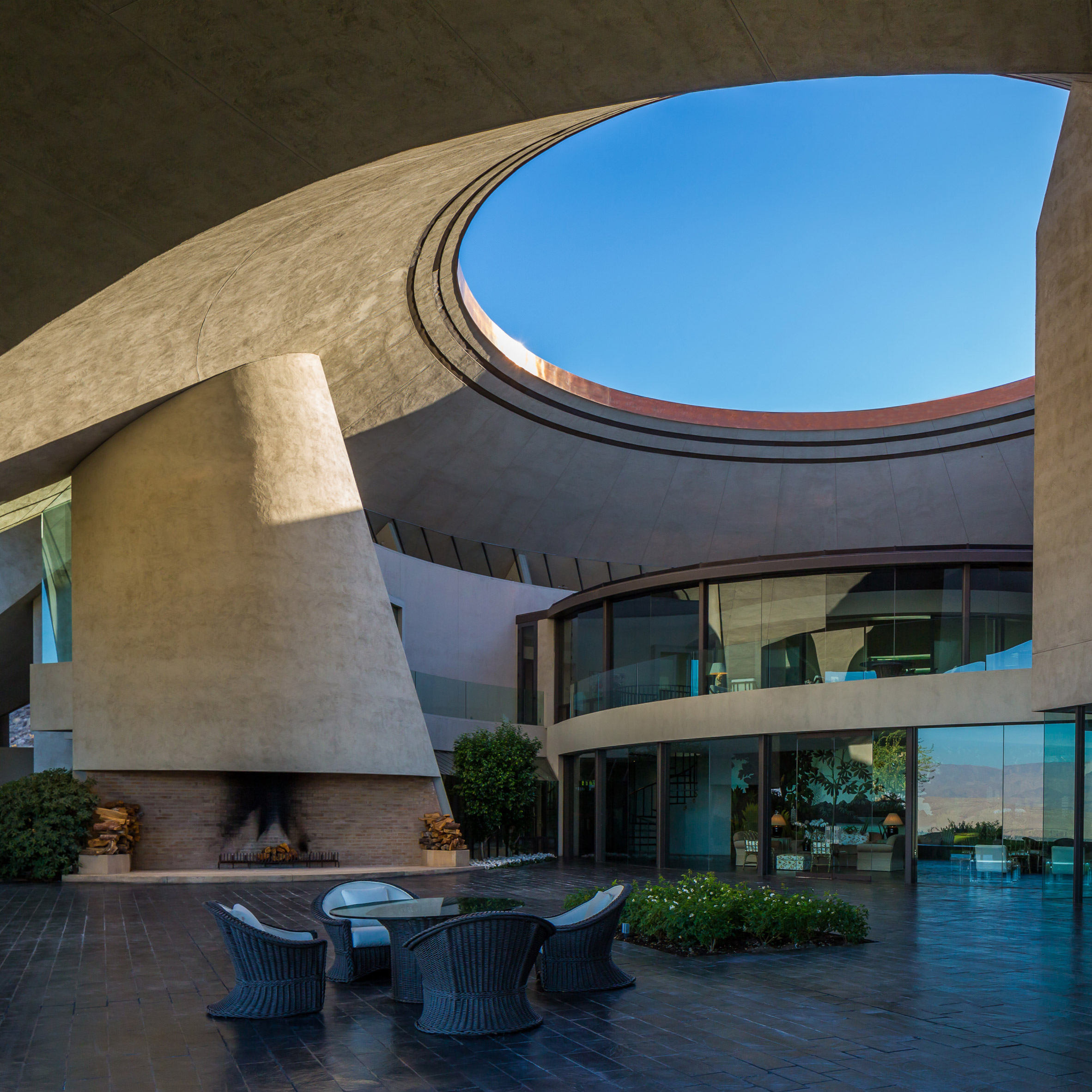 To coincide with Palm Springs Modernism Week, we’ve picked out the Californian desert city’s best examples of mid-century residential architecture, which have hosted celebrities including Elvis Presley and Frank Sinatra.

Palm Springs boasts one of the best collections of modernist architecture in the world. Wealthy clients and celebrities from nearby Los Angeles and across the country commissioned villas in the resort city, as part of the movement’s boom during the mid-20th century.

Revered Californian modernists like John Lautner, Richard Neutra and Albert Frey all built some of their best-known works in the city, which were captured by photographer Julius Schulman and helped shape the image of the Southern Californian lifestyle during the 1950s and 1960s.

Many of these buildings share attributes designed in response to the bright and arid climate – including overhanging roof planes and shaded verandahs – and are collectively considered examples of “desert modernism”.

In celebration of the city’s architectural heritage, Modernism Week takes place in Palm Springs from 16 to 26 February 2016. During this time, some of the houses listed below are open for tours:

When comedian Bob Hope enlisted Lautner to design a home for him and his wife Dolores, the result was a massive volcano-esque structure complete with a crater-like hole in the roof.

Considered one of the best examples of desert modernism, this house was designed by Neutra for department store tycoon Edgar J Kaufmann – who also commissioned Frank Lloyd Wright to build the iconic Fallingwater in Pennsylvania a decade earlier.

The holiday home includes five bedrooms and five bathrooms, organised in an cross shape with the living spaces at the centre. The four axes create a series of outdoor spaces around the property, which boasts a large swimming pool and was also once owned by Barry Manilow.

Frank Sinatra was the famous client for this estate, which was both the first home the Rat Pack singer commissioned for himself, and Williams’ first project.

Named because it was the second house Frey designed for himself, this compact building perched high above Palm Springs served as both the architect’s home and studio for many years.

Its simple steel structure sits on a concrete podium and is topped with corrugated aluminium sheets. Sliding glass doors provide access to the outdoor spaces shaded by the overhanging roof.

Wexler thought steel was the perfect building material for the desert because of its low cost and weather resistance. He planned a neighbourhood of 40 prefabricated glass and steel houses for Palm Springs, but due to the rocketing price of his chosen material, only seven were completed.

The homes took various forms – the most recognisable of which is a property with a sawtooth roof. They were restored in the 1990s.

The Elrod House featured prominently in the 1971 James Bond movie Diamonds are Forever. Built for interior designer Arthur Elrod, the home’s most recognisable feature is its huge conical concrete roof over the main living area.

The canopy has triangular openings shaded by angled fins, while its glazed front opens onto a terrace and pool with a panoramic view of the city below.

A colonnade of slender white pillars supports a shaded area outside the 4,680-square-foot (435-square-metre) house, while ample space for relaxing or dancing is provided around the swimming pool.

House of Tomorrow by Dan Palmer and William Krisel, 1960

Elvis and Priscilla Presley spent their honeymoon in this residence, which was conceived by Palmer and Krisel as an experiment in modern living.

It was one of a series commissioned by developer Robert Alexander, who liked the property so much that he moved in. The layout comprises a three concentric circular levels, under a large batwing-style roof. 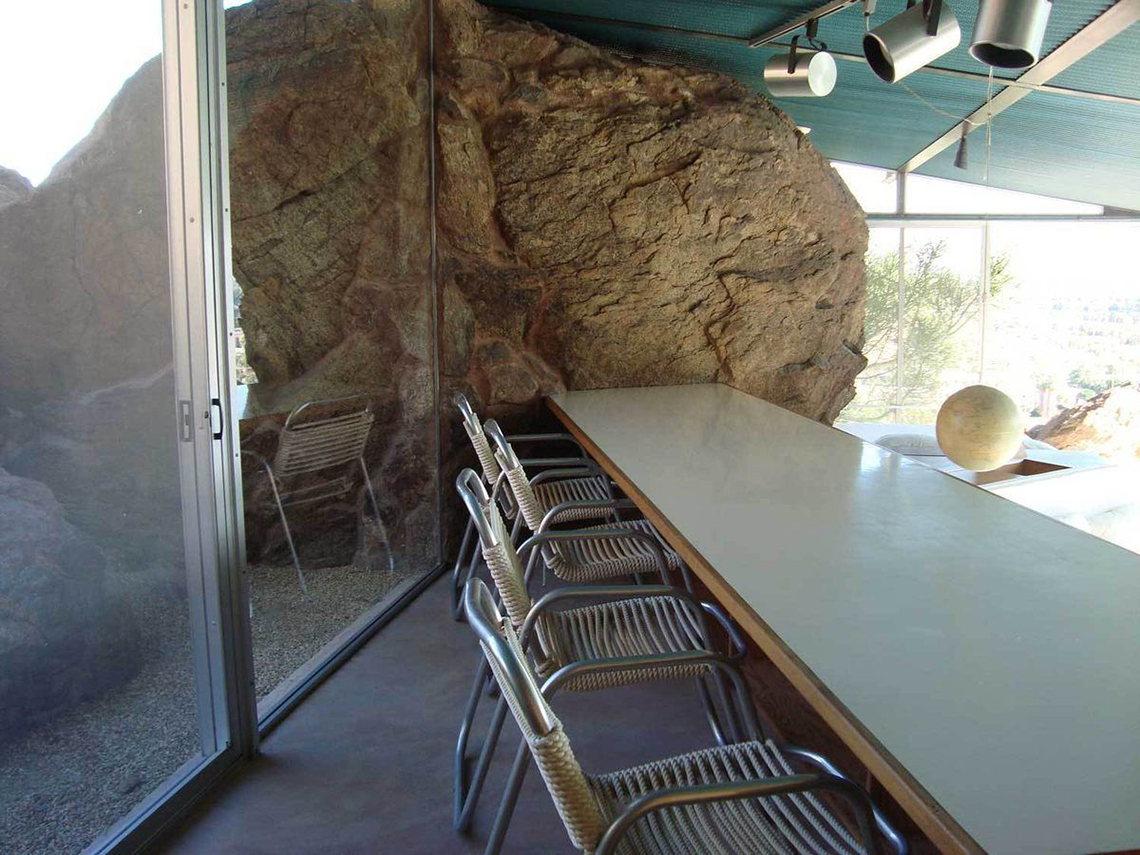