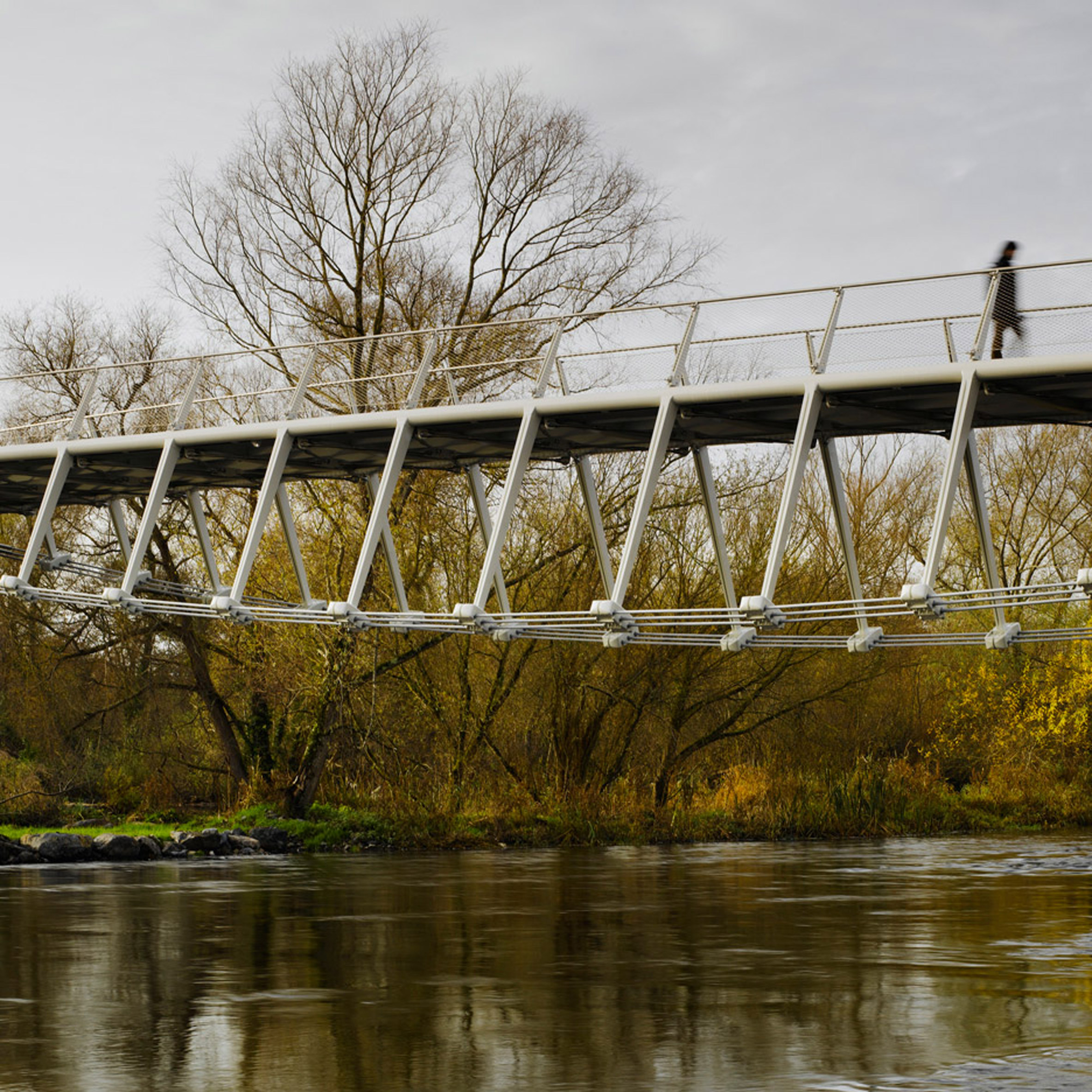 It’s Saint Patrick’s Day! To celebrate, we’ve rounded up eight of the best architectural feats in Ireland, including a moulded concrete cinema, an outdoor teaching space of timber columns, and a granite-clad library that faces out over the Irish Sea.

This bridge, which crosses the river Shannon, features a deck that fluctuates in width along the length of the crossing to allow for resting places and public art displays. Built in 2007, the 350-metre-long bridge creates a link between the university’s established County Limerick campus to the south and its expansion into County Clare to the north.

This moulded concrete cinema by Irish studio dePaor Architects is built on the site of a Georgian merchant’s house in Galway. The architects cast Boxy lettering that spells out both the English and Gaelic versions of the cinema’s name – Palace and Palas – into the sides of the building.

Hedge School, by AP+E, is designed as an amphitheatre of timber columns for use as an outdoor teaching space for a primary school in Carlow. Its name refers to Irish hedge schools from the 18th and 19th centuries, where children were taught outside surrounded by nature.

When designing this harbourside library near Dublin, Irish firm Carr Cotter & Naessens added one huge window that frames views out over the sea from inside.

SATA added a mirrored roof to this children’s care centre in West Limerick, which reflects the surrounding treetops and west Ireland skies and blends the structure into its landscaped setting.

The National Film School building – located at the campus of the Dún Laoghaire Institute of Art, Design and Technology – was designed by ABK to accommodate additional film and blue-screen studios, radio studios, lecture rooms and technical services. Its glass facade is printed with images from the history of cinematography.

Grafton Architects, which has just been selected to curate next year’s Venice Architecture Biennale, named this group of buildings at the University of Limerick as one of the eight projects that has defined their career so far. The design, which includes a limestone-clad medical school and three red-brick student housing blocks, was also one of the six projects named on the 2013 Stirling Prize shortlist.

London firm Terry Pawson Architects designed this gallery in Carlow to be arranged around a large central exhibition space, with smaller gallery spaces and a theatre arranged around it. The building, called VISUAL & the George Bernard Shaw Theatre, features a façade made of large panels of opaque glass on a concrete plinth.

The post Eight works of architecture that give you a tour of contemporary Ireland appeared first on Dezeen.