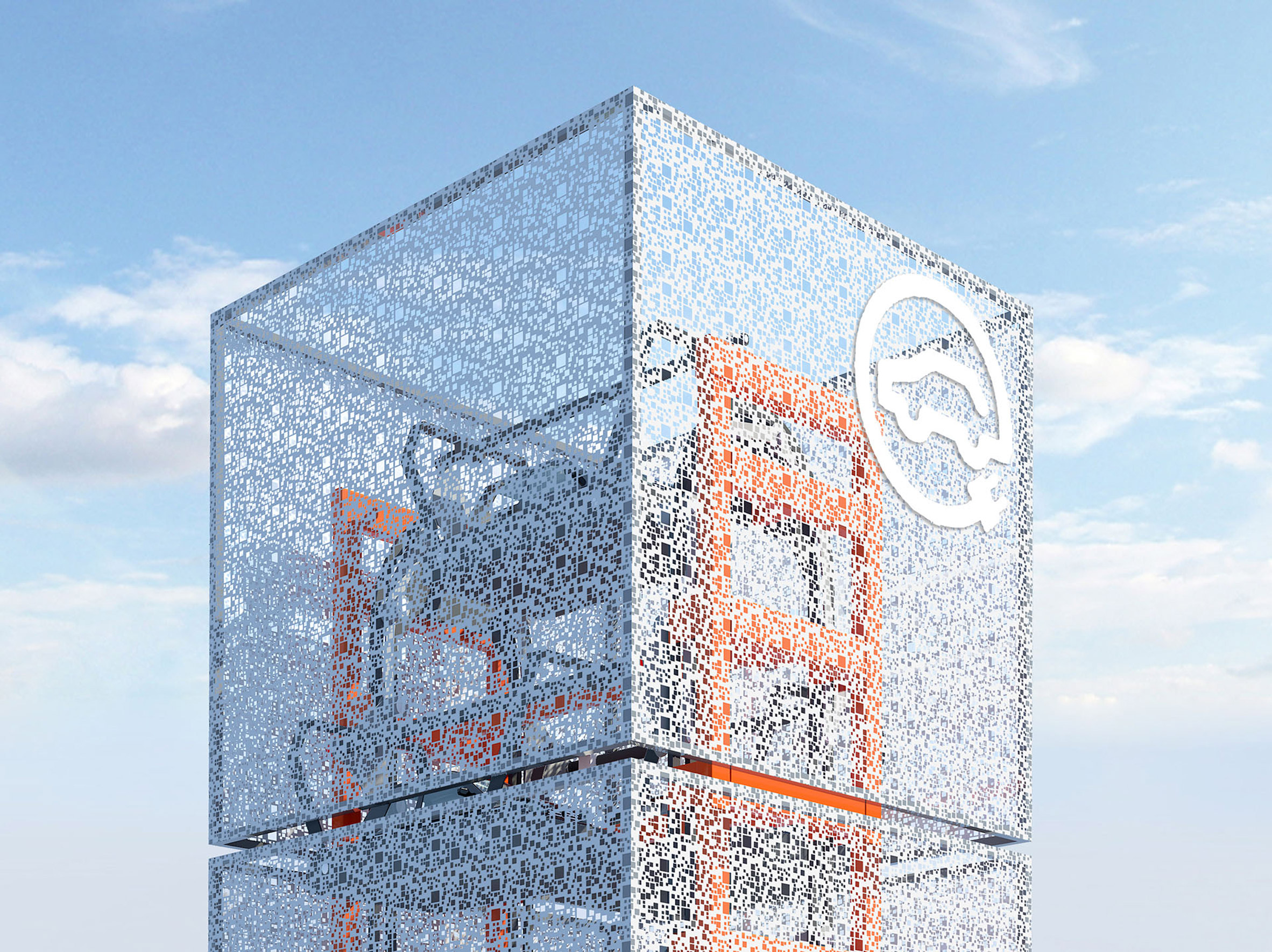 The New York and Shanghai firm’s innovation incubator Ennead Lab was asked to develop the proposal for the site of a petrol station in the Chinese city, and devised a prototype for a future scenario in which electric vehicles proliferate.

The charging tower – described by Ennead Lab as “an urban roadside beacon for electric cars” – offers drivers the opportunity to opt for a quick charge, or leave their vehicle for a longer standard charge.

“In order to accommodate both a small, urban, pedestrian-friendly site and to maximise the number of cars simultaneously utilising a standard charging system, we combined existing charger technologies with existing stack-parking technologies to create a charging tower,” said the architects.

Charging bays at ground-floor level would be sheltered beneath a lightweight canopy and designated for super charging – a quick topping-up process that provides around 100 miles of charge in just 25 minutes.

Drivers opting for a longer charge would see their vehicle hoisted into one of the multi-level storage bays, where it could be left to charge for the required five hours.

Leaving their car in the secure charging tower would enable users to enjoy time in the city before returning to their fully charged vehicle.

“The parking towers above are clad in a reflective, perforated metal, recalling the chrome-filled aesthetic history of the automobile and creating a beacon for those searching for parking and car charging,” said the project team.

The Intelligent Mobility concept also suggested that autonomous cars could park themselves in free bays and move around during the night, as well as operating as individual energy hubs for storing electricity that could be used to power home electronics.

Ennead Lab is a consulting arm of Ennead Architects that focuses on research, innovation and strategic partnerships.

The architecture practice has previously completed a law school in Phoenix featuring sandstone cladding and open-air sky bridges, and a museum in Salt Lake City with a faceted, rock-like interior.