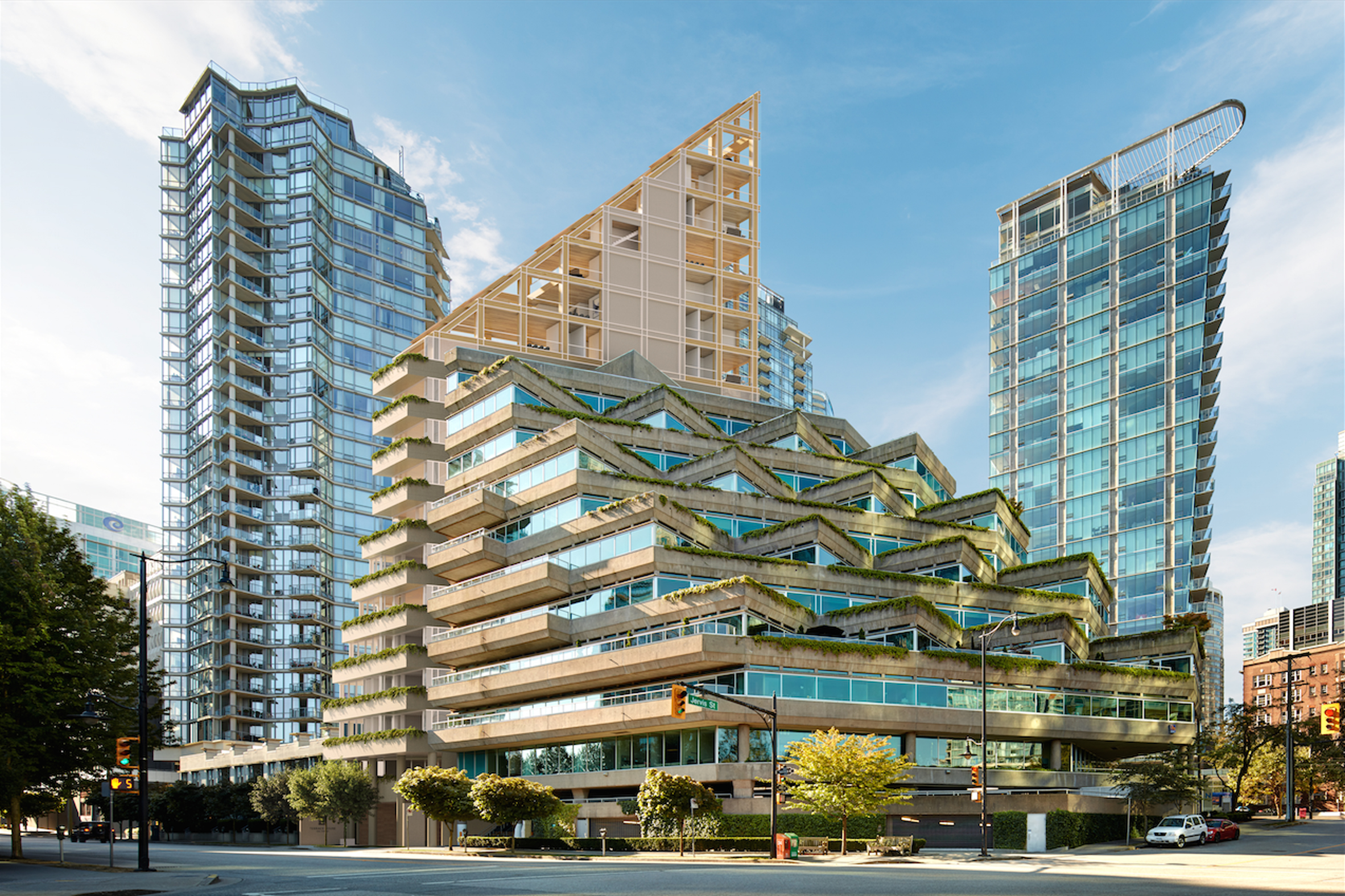 France, Austria and Norway are to become home to the world’s tallest wooden buildings according to a new report by the Council on Tall Buildings and Urban Habitat, which has found Europe to be leading the timber construction movement.

The Council on Tall Buildings and Urban Habitat (CTBUH) conducted the study Tall Timber: A Global Audit on built, under construction and proposed towers. It assessed height, location and construction type, including both all-timber and hybrid designs.

The report found that 21 timber buildings with a height of over 50 metres are set to be completed by 2019.

At 35 storeys high, the world’s tallest proposed building is the Baobab building that Michael Green Architecture designed for Paris. The mixed-use tower, which is slated for completion in 2019, will be made from a hybrid timber and steel structure.

But the 24-storey HoHo tower in Vienna may just pip it to the post. At 84 metres high and with a completion date set for later this year it may momentarily become the tallest hybrid timber building in the world.

The current title holder for the tallest all-timber building is the 14-storey Treet block in Bergen, Norway.

Not far behind is the 9-storey Stadthaus building in London’s Hackney, which is the first high-density housing block to be made with cross-laminated timber panels. Also known as CLT, the panels are made from layers of wood glued together and are much stronger than regular wood.

With projects like these, CTBUH says Europe is “leading the way in tall timber projects”.

But the rest of the world is following suit, and in Vancouver, Canada, the 18-storey and 53-metre-high Brock Commons building at the University of British Columbia currently holds the title for the world’s tallest hybrid timber structure.

The seaport city will also host Shigeru Ban’s 19-storey Terrace House, which will have a hybrid structure of wood, concrete and steel.

Other notable projects included in the study from outside Europe include the 26-storey Abebe Court Tower that is proposed for Lagos in Nigeria, and the completed 2013 Fortè Tower in Melbourne, Australia.

CBTUH conducted the study to catch up with the “explosion” of developments in timber construction, as architects increasingly turn towards wood as a building material for its sustainability, quality and speed of construction.

“The rise of ‘mass timber’ – engineered wood products that are just as robust as their concrete and steel counterparts – has resulted in a worldwide wave of research, built projects, and daring speculative proposals,” said the report.

“Yet the pace at which mass timber technology has advanced and timber towers have proliferated has left a gap in their reporting on a worldwide scale,” it continued.

To showcase these possibilities, the study included conceptual proposals testing the possibilities of timber construction methods at “extreme heights”.

Examples include the 300-metre-high Oakwood Tower in London, which if completed would be the second tallest building in the city, a tower in Chicago designed by SOM and Stockholm’s Traptoppen, which is imagined to have wood panels shaped into the number of the corresponding floors.

Difficulties encountered during the research found that the sudden surge in construction has resulted in little official criteria to validate the world’s tallest timber building. This has been exacerbated by the wide range of construction methods.

As a result the CTBUH will host a Tall Timber Workshop on Sunday 29 October 2017 focusing on a range of tasks, including developing principles such as height criteria and an understanding of tall timber construction methods.