“Europe has been for the lucky few in the UK” 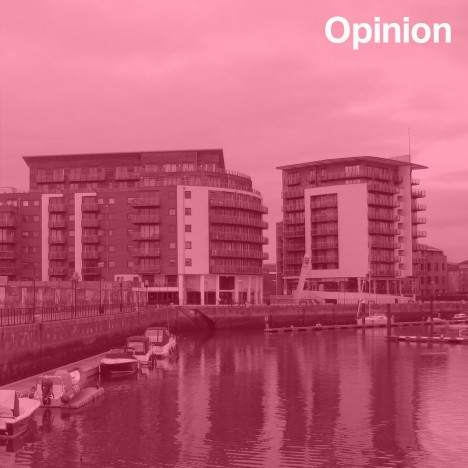 A couple of days after the result of the referendum on Britain’s membership of the European Union, I visited Southampton, my home town. Southampton voted to leave, to my surprise, and by roughly the same margin as the country as a whole.

A rainy walk ended at Ocean Village, a development built in the mid-1980s on a small derelict part of the city’s docks, which are – unlike those of Liverpool, Bristol or London – mostly still in use.

Formerly on the site was the late 1940s Ocean Terminal, a streamlined design for the luxury travellers for whom Southampton was a more long-winded precursor to Heathrow. But that was demolished without a second thought in favour of a miserable collection of introverted, pitched-roofed housing complexes in cul-de-sacs and vaguely Postmodern office blocks surrounded by car parks, with an exurban American-style multiplex cinema and a shopping mall, since demolished. There was only one view of the estuary, in a hard-to-find corner, and it was and is for residents only.

In 1997, a new building was opened there, called the Harbour Lights. I can still recall some excitement when it opened – here was a building that was elegant, confident, oriented towards the water rather than to a parking space, and most of all, a building that felt European.

This was what urban Britain was promised, around 15 years ago. Bradford would be an Italian Hill Town, Gateshead would be the new Bilbao, Salford would become as outward-looking as Rotterdam, Sheffield would model its public spaces on Barcelona. Each one of these towns and cities voted in the majority to leave Europe. What went wrong?

It is hard to recall how insular and grim mainstream British architecture was in the 1980s. Yes, a few spectacular or at least original buildings were realised by architects like Rogers, Stirling or Foster, and yes, some conservation of 19th-century architecture was probably necessary. But the urban redevelopment schemes of that decade, and well into the 1990s, were pinched and anti-urban.

They were defined, no matter how central or dramatic the site, by cul-de-sacs, squat mock-Victorian offices and endless surface car parks, all based on a paranoid and misanthropic notion of “defensible space”. This philosophy spanned both left-wing councils and Thatcherite developers.

It is astonishing that the architects of Ocean Village didn’t think that it was worth bothering to emphasise the bridges, ships and silos of Southampton Water, either for residents or for visitors. You can find similar stuff in Salford Quays, inner-city Liverpool, London’s Docklands, or along Bristol’s Floating Harbour.

The contrast with European architecture of the same decade is remarkable. There was a reaction to Modernism everywhere, both in terms of its aesthetic and in the blocks-in-space approach to planning. But in Berlin’s IBA, in Palomeras in Madrid, in late-Soviet Riga, in the inner suburbs of Paris, and in Sodermalm in Stockholm, the decision was to turn to the 19th-century city-block structure, with shops and cafes on the ground floor, flats above and intelligently planned semi-public courtyards inbetween. The results were modern and urban, if not Modernist in the post-war sense.

At some point in the 1990s, British politicians – mostly, if not exclusively Labour – noticed the enthusiasm that British planners and architects had acquired for the European city. From their visits to Barcelona and Copenhagen sprang a thousand pavement cafes, gamely placed on drizzly street corners.

In emulation of Francois Mitterand’s Grands Projets, the Arts Council, armed with ill-gotten gains from the National Lottery, lavished cash on the likes of Southampton’s Harbour Lights. Designed by Burrell Foley Fischer, the building was, to me at any rate, a shift to the modernity that the city had otherwise abandoned in the 1980s.

Glass, steel and wood, jutting out in vaguely nautical fashion to provide public views, it was as classy and European as its arthouse film programme, which provided a cultural lifeline in a city which had otherwise devoted itself to becoming a giant out-of-town Mall for Hampshire. In many places you wouldn’t look twice at it, but here, it seemed to suggest a different kind of city.

I’m sure there’s thousands that would say the same about their rather more famous cultural buildings built in the New Labour decade, even given its high-profile disasters (Manchester’s Urbis, West Bromwich’s The Public, Sheffield’s National Centre for Popular Music, all closed and then given new, less arty functions in less than a decade).

Yet the new high-rise luxury flats, going up at the time of writing on the other side of Ocean Village, tell the story of why this vision was rejected.

In 1992 Penguin Books and the Labour Party co-published A New London, a collaboration between the then-Labour culture minister Mark Fisher and architect Richard Rogers. On almost every page, Britain’s dilapidated streets and petty new developments were contrasted with a given European example of openness, cleanliness and experiment.

This was the blueprint for everything the Urban Task Force would do under Rogers from 1997 to 2010, promising nothing less than an “urban renaissance”.

Yet even in that 1992 manifesto, the authors note that the social housing planned in the Barcelona Olympic Village couldn’t be realised because of the funding structure.

What Rogers and his ilk missed was that Europe was becoming more like England, privatising and paring back its public commitments – only they were doing it much more slowly and peacefully, and maintaining a level of quality control and order.

The “new Europe” built under New Labour was a facade and never really made it into everyday life, into council estates and suburbs, except when the former were demolished to make way for something more “aspirational”. The money rarely reached beyond the major city centres and token public buildings.

If the centre of Manchester became like a cheaper, rainier, PFI version of Barcelona, its suburbs and satellites stayed resolutely part of 1980s England, with all the retail parks, exurban developers’ housing, crap jobs and elimination of alternatives that entailed.

Lottery funded arts complexes never replaced, and couldn’t replace, skilled work, secure housing, and a sense of purpose. “Europe” has been for the lucky few.

Like so many adoptive Londoners, I find the Britain promised by Brexiters quite terrifying – xenophobic, paranoid, enclosed, pitifully nostalgic, cruel. But in much of the country, that landscape never went away.

Owen Hatherley is a critic and author, focusing on architecture, politics and culture. His books include Militant Modernism (2009), A Guide to the New Ruins of Great Britain (2010), A New Kind of Bleak: Journeys Through Urban Britain (2012) and The Ministry of Nostalgia (2016).

The post “Europe has been for the lucky few in the UK” appeared first on Dezeen.