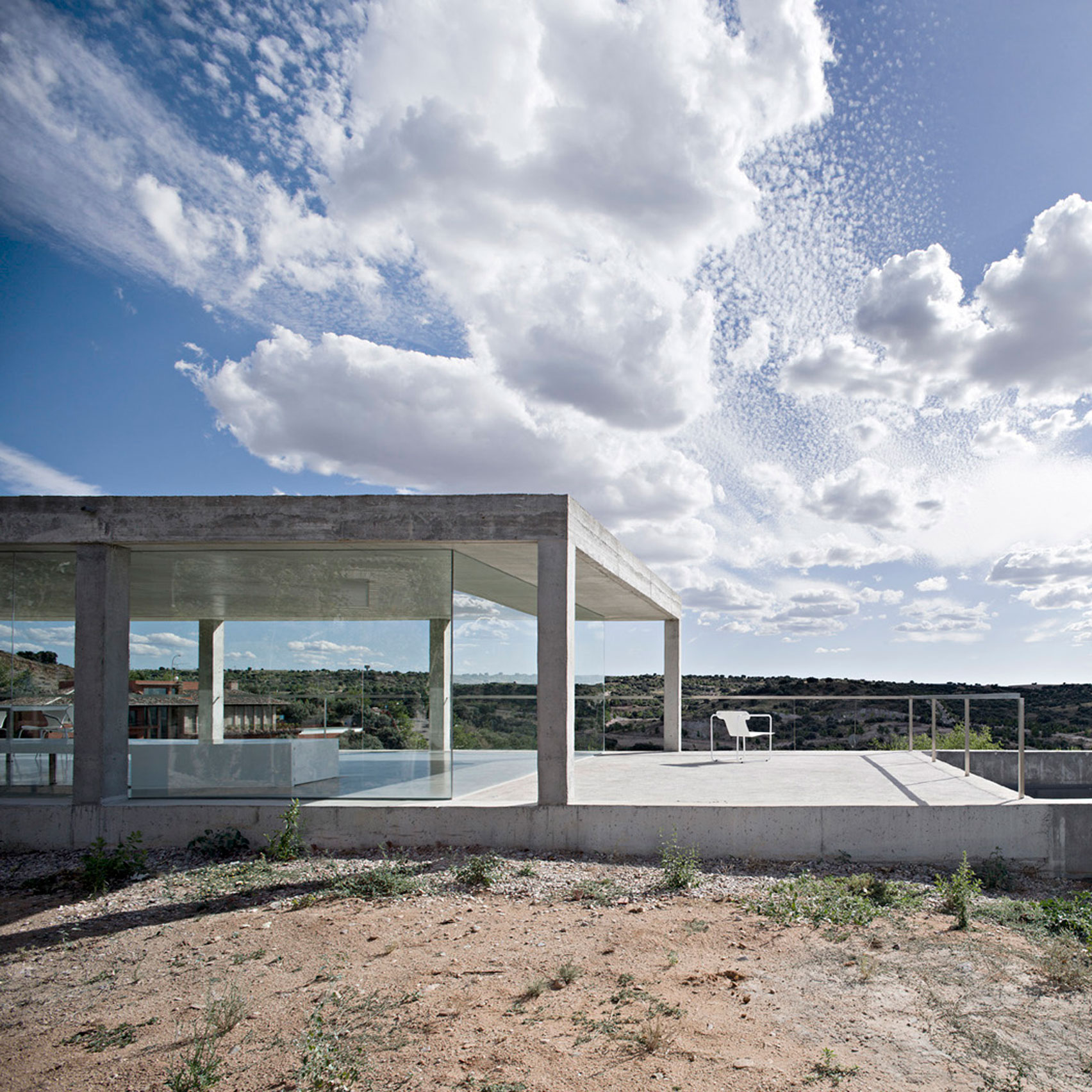 Spanish architect Alberto Campo Baeza has just completed his latest minimal house, this time in Mexico, so we’ve rounded up a selection of home designs by the architect to showcase his pared-back, monochrome style.

A cult favourite, Campo Baeza‘s work is often associated with minimalism. His style is typified by simple shapes, the use of plain expansive surfaces in concrete, glass and white, and lack of ornamentation.

The architect – who cites legendary Mexican architect Luis Barragán among his influences – has a studio in the Spanish capital, where he also teaches at the Madrid School of Architecture.

Although he has worked on offices, banks, museums and sports buildings, it is his residential projects that tend to draw the most admiration (and home-envy) from minimalists. Here are five examples:

Delicate glazing fits around a bulky concrete structure at this hilltop house in Toledo, Spain.

With views stretching out towards the Sierra de Gredos mountains, the two-storey Casa Rufo was designed as “a hut on top of the cave”, with a sequence of ground-floor rooms overshadowed by a long and narrow rooftop podium.

High concrete walls enclose a secret garden around this residence for a poet in Zaragoza.

The clean white house is surrounded by newly planted trees and a calming pool of water, two-metre-high walls surrounding the site on every side – blocking views out as well as in.

Campo Baeza extended a house he completed 25 years previous in Madrid by adding a boxy white studio in the garden.

Graphic designer Roberto Turégano and his partner, actress Alicia Sánchez, requested the addition to their 1988 home, and the resulting workspace appears to be an exact quarter of the existing structure.

House of the Infinite

The expansive roof of this seaside house in Cádiz, Spain, stretches out towards the shoreline like a flattened extension of the rugged terrain.

VT House, also known as “house of the infinite”, was conceived first and foremost as a piece of landscape architecture, with its architectural elements sunken underneath.

Read more about House of the Infinite ›

The stark white surfaces that dominate this minimal house in Monterrey, Mexico, are interrupted by a golden wall that elevates the quality of light inside.