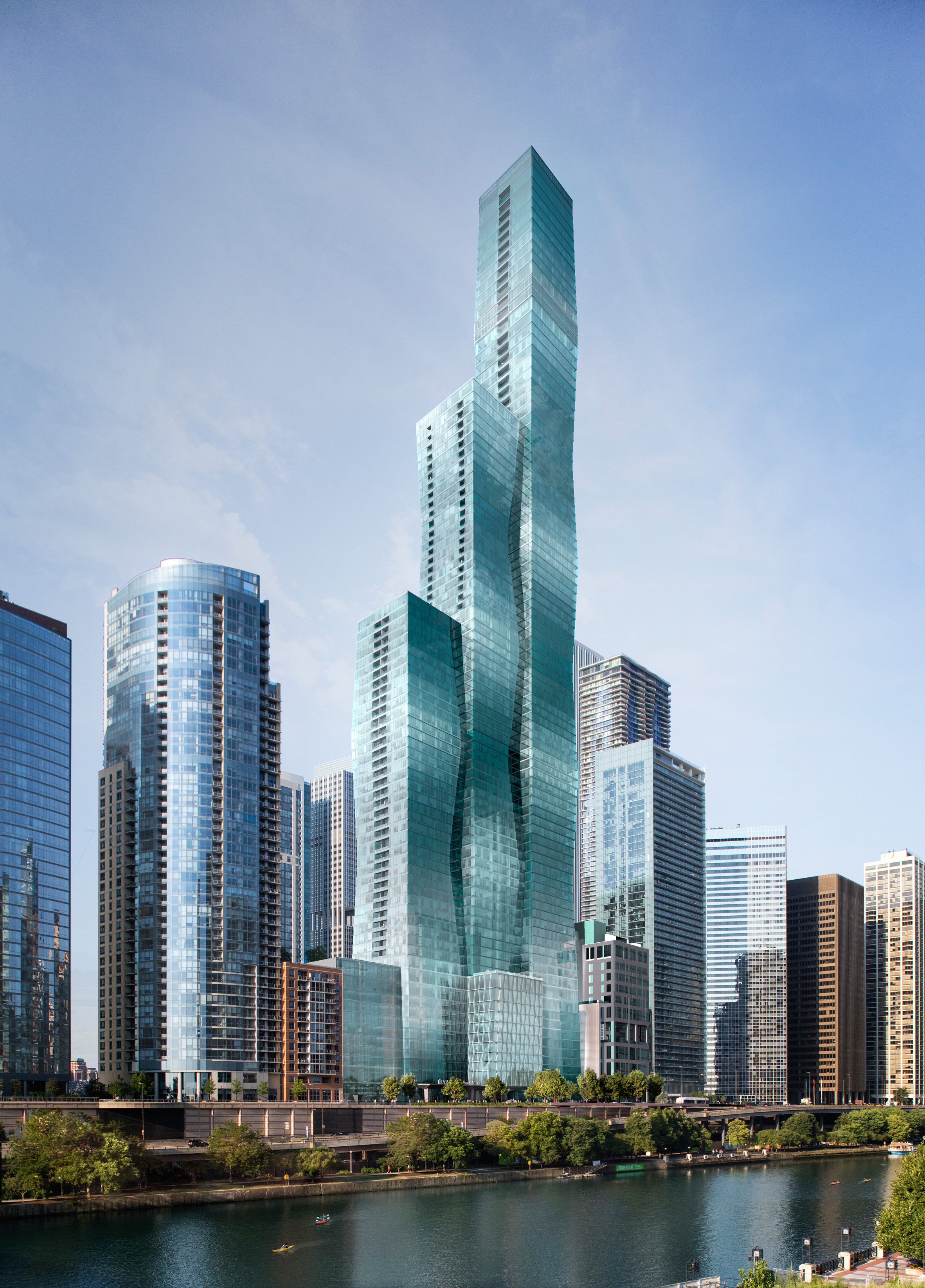 Chicago – the birthplace of the skyscraper – is poised to host its second architecture biennial, so we’ve rounded up five of the tallest towers either approved or underway in the city.

Set to reach 1,186 feet at its highest point when it completes in 2020, local architect Jeanne Gang‘s Vista Tower will become the city’s third tallest skyscraper and the tallest building in the world designed by a woman.

The residential skyscraper is currently under construction just south of the Chicago River. It comprises three blocks with undulating blue-green glass facades, which will rise to 46, 70 and 95 storeys.

Find out more about Vista Tower ›

Proposed as a pair of skyscrapers, the One Grant Park scheme’s first tower will climb to 829 feet (253 metres) at 113 East Roosevelt Road, in the South Loop neighbourhood. Its neighbour is slated to be built just to the west.

Find out more about One Grant Park ›

One Bennett Park by Robert AM Stern

New York-based Robert AM Stern designed this 70-storey skyscraper with predominantly stone facades, in contrast with the fully glazed towers on this list, as a nod to Chicago’s architectural history.

The building will contain 350 residences and feature a park by landscape architecture firm Michael Van Valkenburgh at its base.

To be built immediately beside the Chicago River, Goettsch Partners‘ design for this 800-foot (244-metre) office tower has been approved by the city, but is awaiting an anchor tenant before construction begins.

The skyscraper would sit over a portion of the riverwalk, balanced on giant three-pronged supports below a jagged facade.