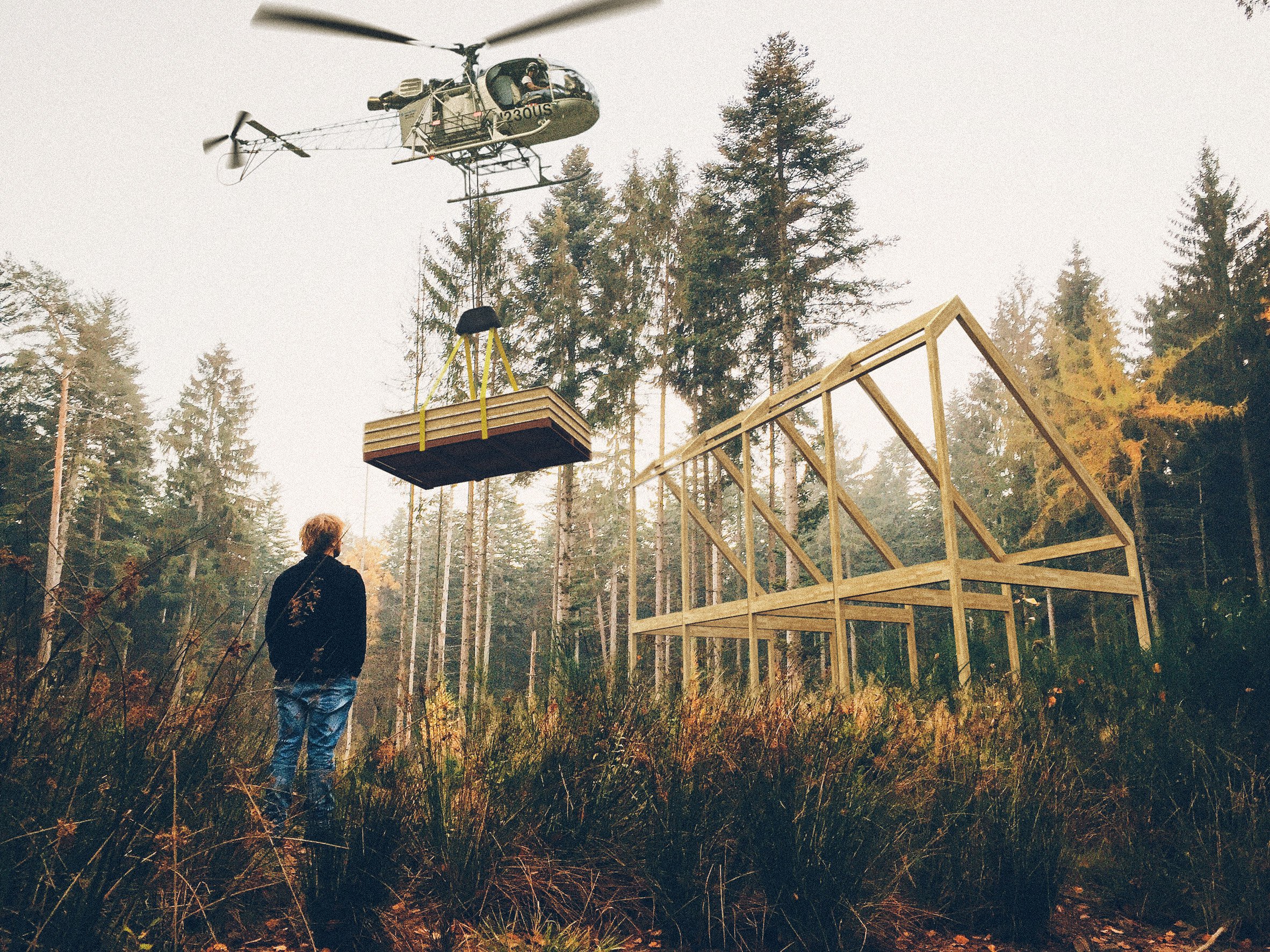 A Vancouver-based startup’s conceptual design for flat-packed recreational cabins would allow users to build for themselves, making the wilderness more readily accessible.

The Backcountry Hut Company is an offshoot of interdisciplinary design firm Leckie Studio. Its goal is to facilitate the process of building cabins for a variety of uses.

“The hut prototype was created for the benefit of the outdoor enthusiast, outdoor clubs, alpine associations, and backcountry lodge operators,” said the studio’s founder Michael Leckie.

“The Backcountry Hut Company is inspired by the idea of IKEA founder Ingvar Kamprad of providing affordable well-designed products for all,” he added.

Similarly to the Swedish company’s furniture, the huts are provided in pieces that can be efficiently packed flat and assembled on site. Rather than being built by professional craftspeople, the cabins can be put together by a small group working together.

The simple geometrical cabins encompass two floors. The ground level contains public areas that vary according to individual preferences. Sleeping quarters are located above, and are accessed using a ladder.

“The assembly involves minimal site work, and the design is modular and scalable,” the studio explained. This flexibility allows the design to be used in different ways.

Many typologies of cabins can be configured within the same envelope, which acts as a frame for a variety of uses. “Backcountry” cabins are intended for locations that are inaccessible by roads, and are designed for more rugged applications.

“Front-country” cabins are for less remote areas that are accessible to cars. They feature a higher degree of comfort and more amenities.

“The system affords the opportunity to furnish the modular prefabricated shell with an interior that supports full time residential occupation,” the studio explained.

The metal-clad huts are part of a larger trend towards building small, modular dwellings. “The cabin works as a small structure that can be understood as part of the Tiny House Movement,” according to the company.

Similar ideas for compact holiday homes include a service launched by a group of Harvard graduates that allows urbanites to rent tiny cabins away from the city for a short period of time, and a home by Estonian collective Kodasema that can be taken down and reassembled elsewhere in less than a day.