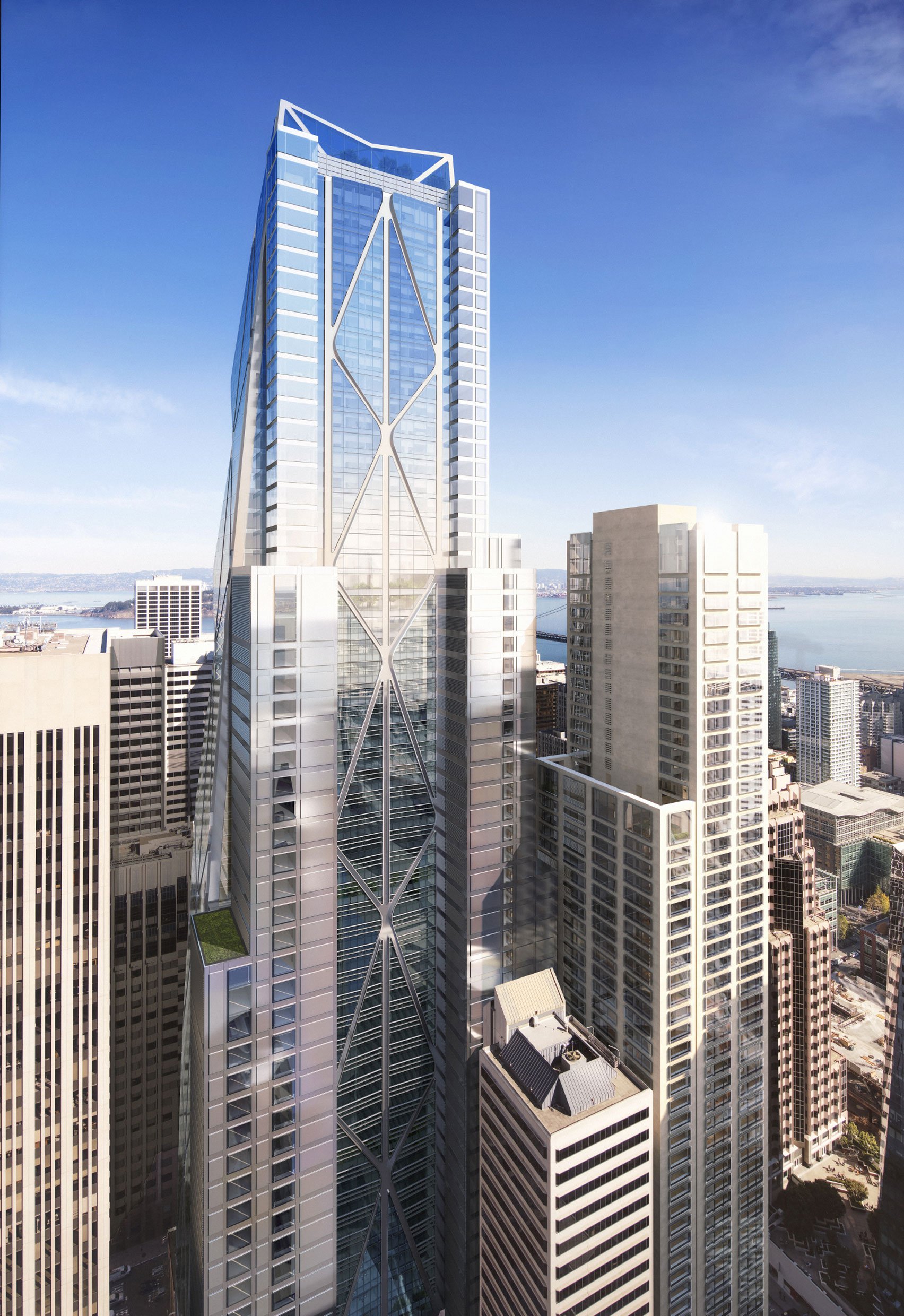 Work has commenced on the development set to include San Francisco‘s second-tallest building, designed by UK firm Foster + Partners.

The mixed-use Oceanwide Center in the city’s new Transbay neighbourhood will comprise two towers, one of which will rise 61 storeys and 910 feet (277 metres) once completed in 2021.

The skyscraper will overtake the height of the iconic Transamerica Pyramid but fall short of the nearby 1,070-foot Salesforce Tower – set to top out early next year.

Designed by Foster + Partners and local firm Heller Manus Architects, the Oceanwide Center also includes a shorter skyscraper and a variety of public spaces that will together total 2.4 million square feet (223,000 square metres).

Three of its sides will be covered in large triangles of glazing, which will culminate in a crystalline form at the top.

The stone facades will feature “vitrines” based on San Francisco’s traditional bay windows.

Plans also encompass the restoration and renovation of two historic buildings on First Street, which will provide additional office and retail space.

“I have always had a great fascination for San Francisco – a city with a youthful spirit that has allowed it to constantly reinvent itself, yet retain a unique sense of urbanity,” said Norman Foster.

“The Oceanwide Center encapsulates that essence – it is a pioneering example that combines spaces to live and work with a vibrant public realm in the heart of the city.”

The project gained planning permission in May 2016, and more renderings showing its impact on the city’s skyline were released in August.

“The project now marks a major milestone with its groundbreaking, as the evolution of a sustainable model of high density, mixed-use development that I have always promoted,” said Foster, whose best-known projects include the Reichstag renovation in Berlin and the Gherkin skyscraper in London.

His firm has recently completed a new Apple Store in San Francisco, which finally seems to be changing its attitude towards contemporary architecture.

Proposals by OMA and Studio Gang are also set to dramatically alter its skyline over the next few years.

However, the city’s tallest residential skyscraper – the Millennium Tower – is tilting and sinking according to recent reports.