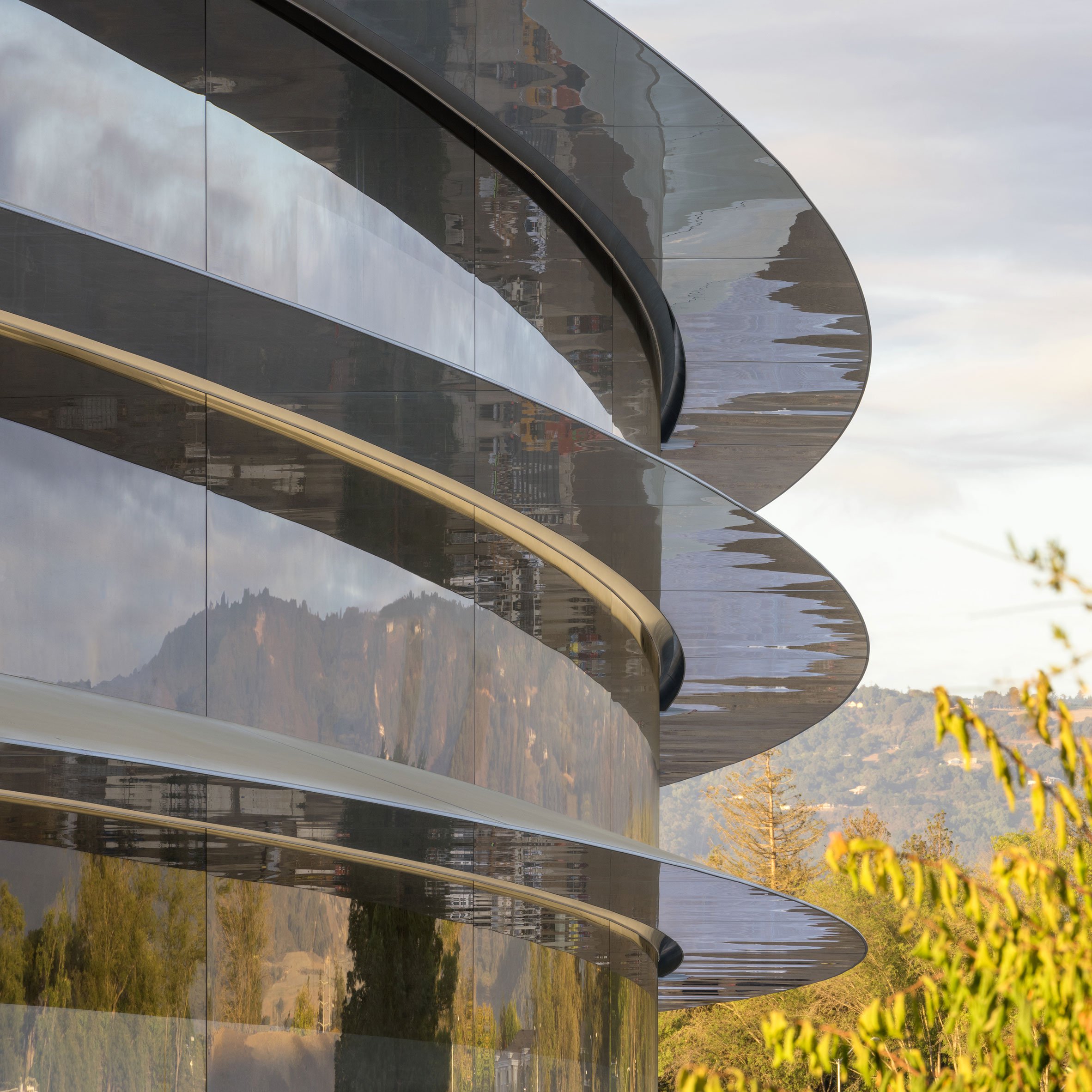 The giant ring-shaped office complex designed by British firm Foster + Partners for Apple is due to welcome the tech company’s employees this spring.

Formerly known as Apple Campus 2, the vast building and grounds in Cupertino, California, are almost complete.

More than 12,000 people will move into the offices over six months from April 2017, while construction work will continue through the summer.

The campus occupies 175 acres (71 hectares) of the Santa Clara Valley, replacing concrete and asphalt with a verdant landscape.

At its heart is the 2.8 million-square-foot (260,000-square-metre) main building, which is clad entirely in the world’s largest panels of curved glass.

The campus will also include a 1,000-seat auditorium, entered via a 20-foot-tall glass cylinder that measures 165 feet in diameter and is topped with a metallic carbon-fibre roof.

It will be named the Steve Jobs Theater after the company’s founder and former CEO, who died in 2011.

“Steve’s vision for Apple stretched far beyond his time with us,” said current CEO Tim Cook. “He intended Apple Park to be the home of innovation for generations to come.”

Other amenities across the site will include a visitors centre with an Apple Store and public cafe, a 100,000-square-foot (9,290-square-metre) fitness centre for Apple employees, as well as secure research and development facilities.

Two miles of walking and running paths for employees will snake around the campus, while an orchard, meadow and pond will be accessible at the centre of the ring building.

“The workspaces and parklands are designed to inspire our team as well as benefit the environment,” Cook said. “We’ve achieved one of the most energy-efficient buildings in the world and the campus will run entirely on renewable energy.”

The project was announced by Jobs in 2010, and construction progress has been documented with multiple drone movies.

Foster + Partners collaborated with Apple’s design team on the project. In 2013, the firm’s founder Norman Foster revealed how Jobs called him “out of the blue” in 2009 to invite him to design the complex with the words “Hi Norman, I need some help”.

“We have approached the design, engineering and making of our new campus with the same enthusiasm and design principles that characterise our products,” added Jonathan Ive, Apple’s chief design officer.

“Connecting extraordinarily advanced buildings with rolling parkland creates a wonderfully open environment for people to create, collaborate and work together.”