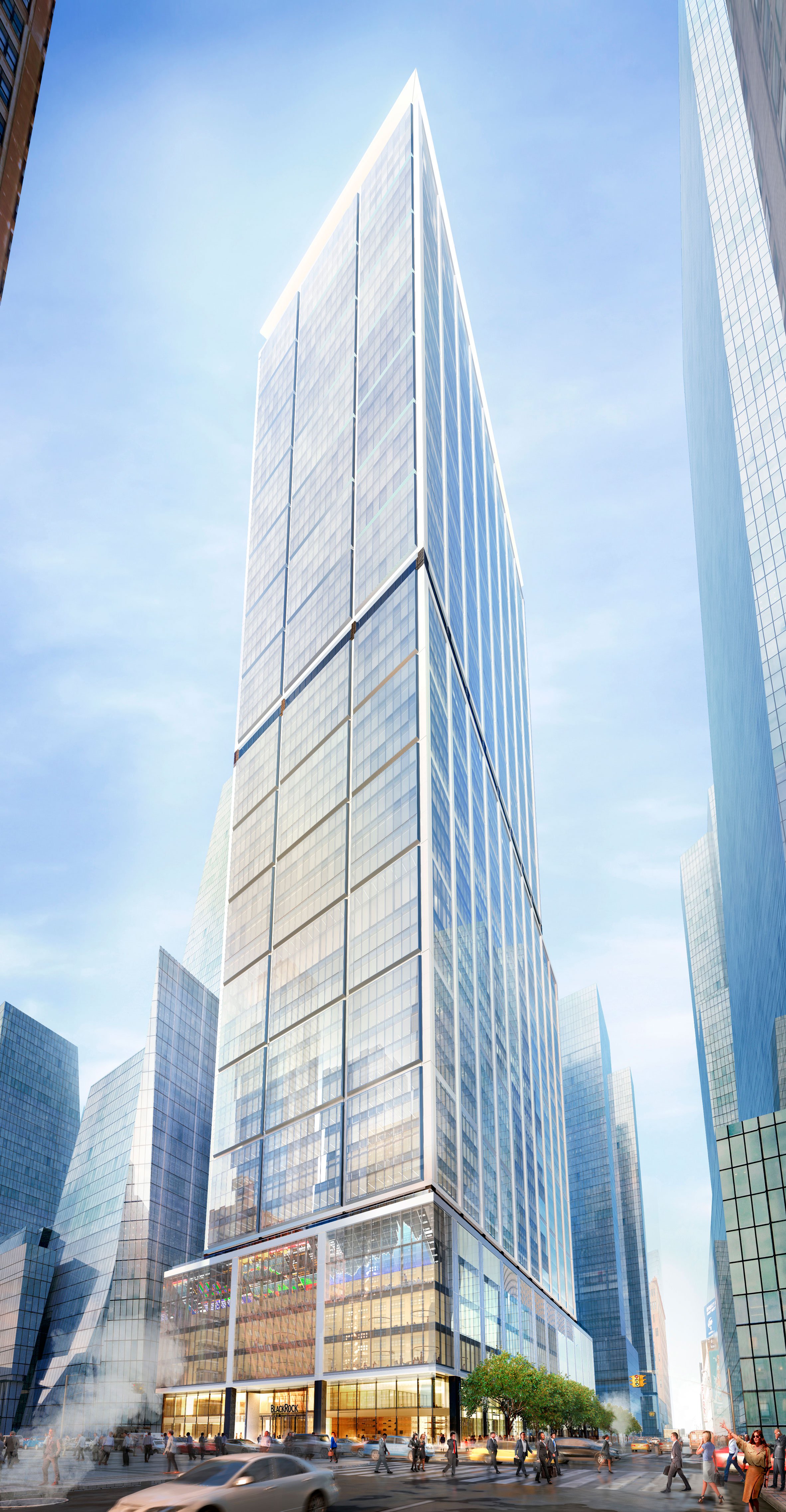 The next piece to be unveiled as part of the vast Hudson Yards development in New York is a glass office tower by architecture firm Foster + Partners.

The UK studio‘s 985-foot-tall skyscraper at 50 Hudson Yards will join others by KPF, and Diller Scofidio + Renfro and Rockwell Group, at the site on the west side of Manhattan.

Located at the northwest corner of 33rd Street and 10th Avenue, the building will take up an entire city block and become New York City’s fourth largest commercial office tower when it completes in 2022.

Glass and white stone will clad the tower, which has a rectangular plan that will step in around halfway up to allow for an external terrace.

Of the 2.9 million square feet (270,000 square metres) of available floor space, investment management firm BlackRock has already signed on to occupy 15 of the 58 floors.

“50 Hudson Yards is a key part of a larger vision that integrates places to live and work within a dense, walkable urban neighbourhood,” said Norman Foster, whose prolific firm ranked 13th on the inaugral Dezeen Hot List guide to the most-talked-about architects, designers and institutions of 2016.

“Covering a full city block, the building is highly permeable at ground level, allowing it to engage fully with its urban location,” he continued. “Designed for a sustainable future, the building makes an important contribution to the regeneration of the far west side of Manhattan.”

The project’s announcement comes on the same day that the studio’s Oceanwide Center in San Francisco broke ground. Foster + Partners’ other current projects in New York include a super-skinny residential tower and an office building in Midtown.

Construction on 50 Hudson Yards is due to start in 2017. The first structure to complete at the huge site, which sits on top of a rail yard, was KPF’s 10 Hudson Yards office tower.

Many buildings across the masterplan are also already underway, including Diller Scofidio + Renfro and Rockwell Group’s 15 Hudson Yards residential tower and adjacent cultural centre known as The Shed.

The plans for the area also include a giant public artwork made up of interlinking staircases named Vessel, designed by Thomas Heatherwick.