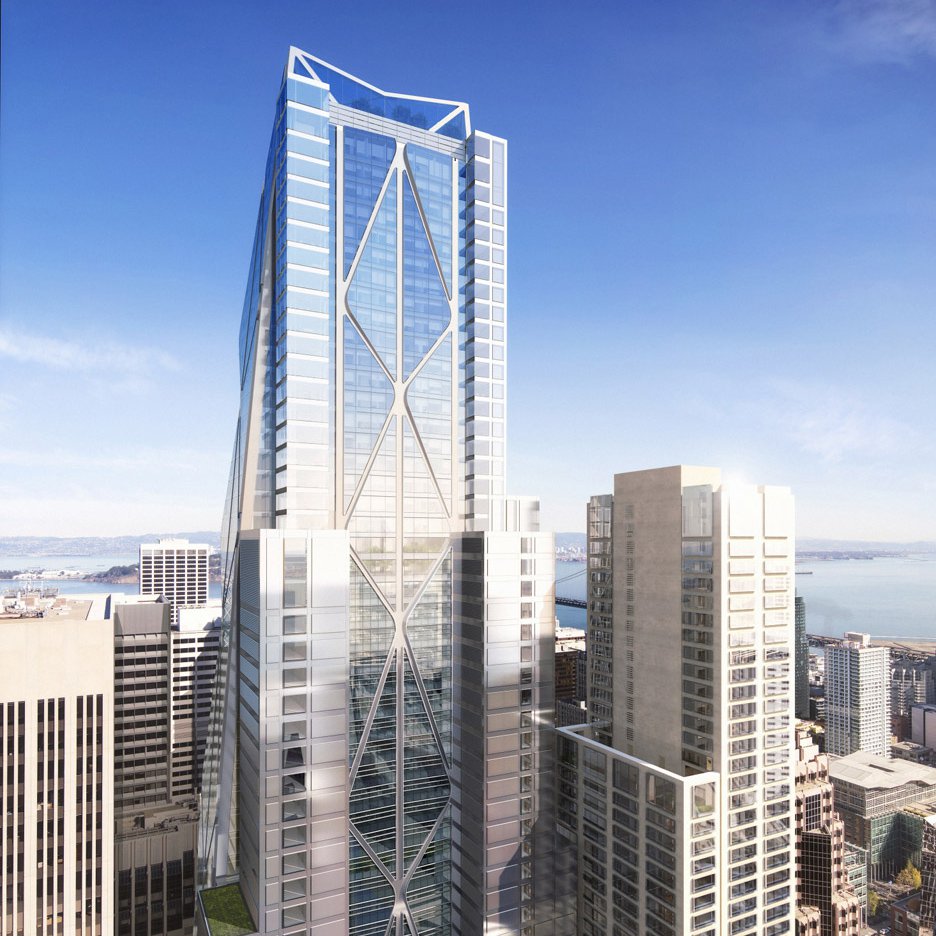 UK firm Foster + Partners has released plans for a pair of skyscrapers to be constructed in Brickell, Miami, which will take advantage of the city’s new height limit.

The Towers by Foster + Partners will reach 1,049 feet (320 metres) – the fifth development to be approved at this recently increased figure.

Building heights are restricted in Miami due to the proximity of its international airport.

However, the Federal Aviation Administration (FAA) recently raised the limit, meaning that each of the proposed structures will become the tallest on the US East Coast outside of New York.

Foster’s two interconnected skyscrapers will contain 660 residential units – a 16 per cent reduction from the 787 residences previously planned for the 2.5-acre (one-hectare) site on Brickell Bay Drive.

Rather than including a parking podium, which is typical of Miami’s towers, the buildings will feature underground parking. This will free up the street-level space for public amenities, including an arcade intersecting the towers.

“The design of these high-rise towers frees up space on the ground to create a pedestrian plaza, with shops, restaurants and art galleries that will serve the local community as well as the new residents in the tower,” said Norman Foster, who founded his firm in 1967.

“The base of the building continues the axis of SE 12th Terrace, drawing life back to the bay,” he added. “It is a civic response to the city’s enlightened vision, and will make an important contribution to Miami’s public spaces.”

As the development team has applied for a modification to its current approved plans for the site, a date has not yet been set for groundbreaking.

Foster’s other projects in Florida include a residential tower that forms part of the Faena development in Miami Beach and an extension to the Norton Museum of Art in neighbouring West Palm Beach.

He is one of many famous architects with projects under construction in and around Miami, which is experiencing a boom that is turning it into the “capital of Latin America”.

Others include Herzog & de Meuron, OMA, Bjarke Ingels and the late Zaha Hadid.