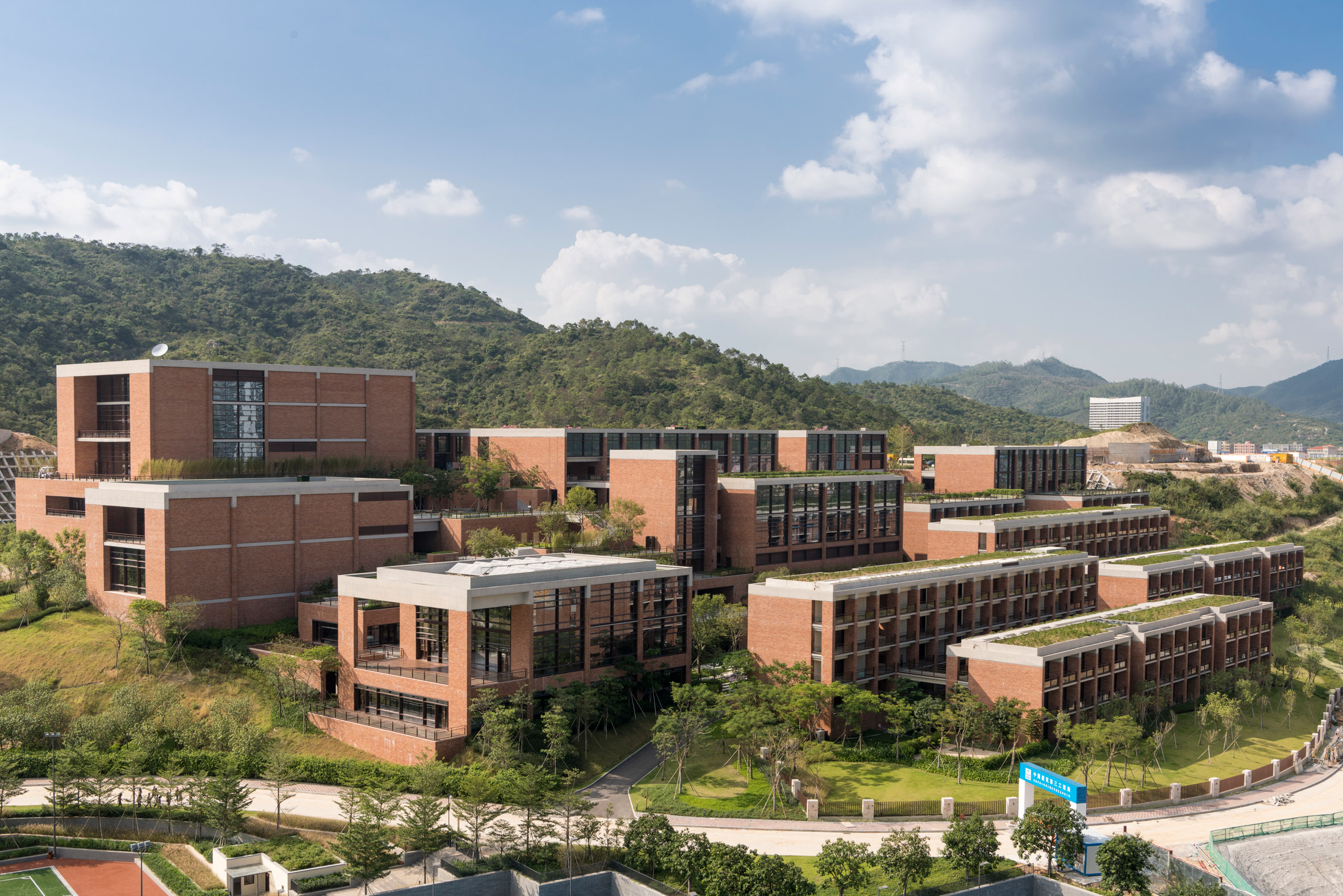 Foster + Partners has used custom-made bricks to build a campus near Shenzhen, encompassing a university, a hotel and housing, all taking in views of the South China Sea.

The scheme was designed by Norman Foster’s London-based studio for Xiao Jing Wan, a coastal development to the east of Shenzhen.

It includes a hotel, clubhouse, shops and housing, and at its heart is a 55,000-square-metre campus for the China Resources University.

The campus for the management training college has five teaching buildings and an innovation centre, to accommodate the university’s 500 students.

There are also halls of residence for 300 student and 35 staff, an auditorium, a library, a bar and a gym.

The brick blocks are staggered down a grassy hillside, ensuring each offers views out towards the South China Sea.

“The idea was to create a cascading complex of buildings and spaces – a series of teaching and living spaces, terraces and informal streets that encourage interaction and a sense of wellbeing,” said Chris Bubb of Foster + Partners.

The buildings are constructed of fair-faced concrete as well as brick, in reference to the style of the area’s existing masonry architecture.

The slender bricks were specially developed for the project at a neighbouring factory. Each measures over half a metre in length.

They are coated in a thin layer of mortar coloured to “exude warmth” and to compliment the pale concrete elements.

“The brick is the basic building block from which the building derives its character,” said Bubb. “We worked very hard to refine its size and proportions, even sourcing the earth from the region to ensure the building is of its place.”

The same brickwork is also used to create a colonnade and flights of outdoor steps that link the different levels of the site. These are flanked by beds of planting.

The campus is the latest in a series of new projects revealed by Foster + Partners. The firm also recently unveiled its plans to build a pair of skyscrapers in Miami and completed an Apple Store on London’s Regent Street.

Photography is by Nigel Young.