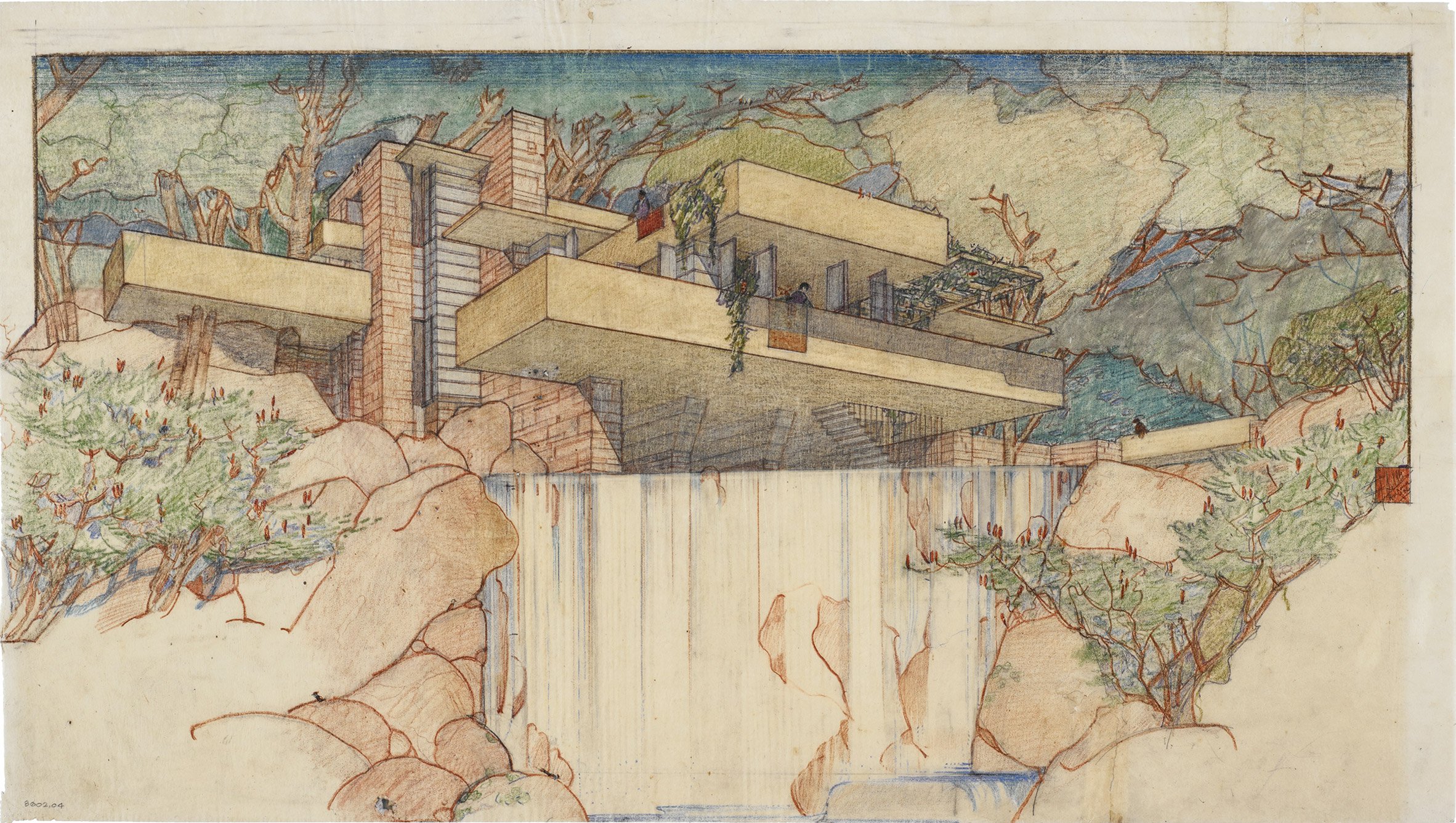 A major retrospective exhibition examining the drawings and models of legendary American architect Frank Lloyd Wright has opened today, coinciding with what would have been his 150th birthday.

Frank Lloyd Wright at 150: Unpacking the Archive presents almost 400 objects from the architect’s vast collection of materials, which was jointly acquired by MoMA and the Avery Architectural and Fine Arts Library at Columbia University in 2012.

Drawings and models of some of his most important projects – including the Fallingwater house in Pennsylvania, Unity Temple in Illinois and the Guggenheim Museum in New York – were selected for the show from the archive’s 55,000 drawings, 300,000 sheets of correspondence, 125,000 photographs, and 2,700 manuscripts.

As one of the most prominent and prolific architects of the 20th century, Wright designed over 1,000 buildings and completed over 500 during a career that lasted seven decades.

Born on 8 June 1867, he started his architectural journey at the Chicago practices of Joseph Lyman Silsbee, then Adler & Sullivan. Wright went on to set up his own firm in 1893, beginning a period of constant experimentation with the built environment.

The MoMA exhibition showcases the architect’s refined draftsmanship, his obsession with strict axial and geometric plans, and his changing style throughout his working life – up until his death in 1959.

Located on the third floor of the museum in Midtown Manhattan, which is undergoing an extensive overhaul, the exhibition is divided into sections that focus on specific projects or themes in Wright’s work.

From the central hall that showcases his most famous buildings, adjacent rooms are dedicated to his ambitious and now-demolished Imperial Hotel (1913–23) in Tokyo, and the unrealised Rosenwald School (1929) and Nakoma Country Club (1923).

A set of drawings at the end of the space reveals his plans for a mile-high skyscraper presented in 1956. This area leads to a room filled with Wright’s projects in New York City, which include the large restored model of his spiralling Solomon R Guggenheim Museum completed in 1959.

Thematic sections of the exhibition focus on Wright’s interest in nature and landscapes, his fascination with ornament – which includes physical pieces of his buildings – and the architect’s later use of circular forms. Urban planning strategies and construction techniques are also highlighted.

The retrospective opens to the public 12 June 2017 and continues until 1 October 2017. Coinciding with Wright’s 150th birth anniversary, it is one of several celebratory events taking place across the US to mark the occasion.

Dezeen is commemorating the anniversary by spotlighting some of the architect’s pioneering works, including the Robie House, Hollyhock House and Fallingwater.