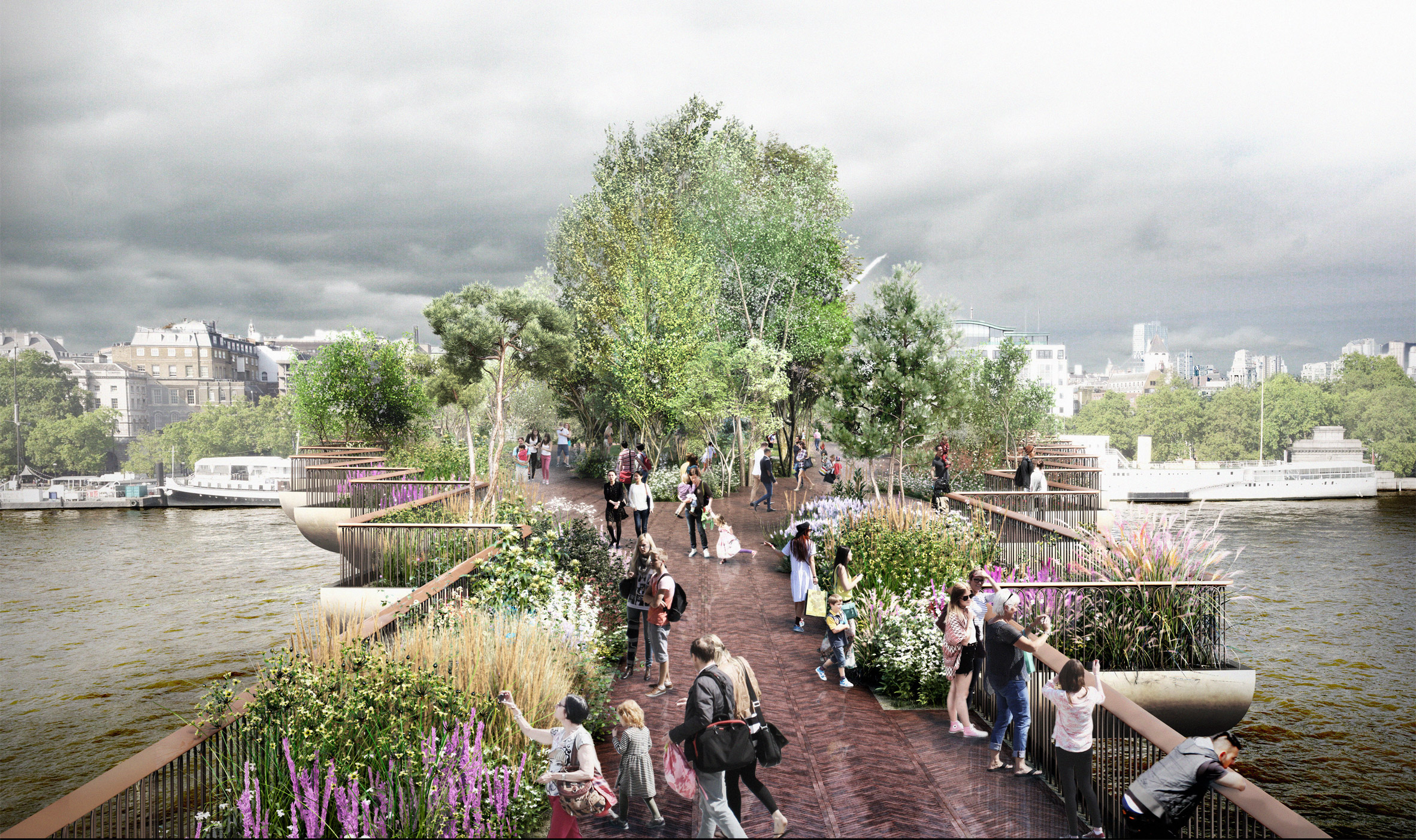 The charity set up to deliver Thomas Heatherwick’s £185 million Garden Bridge has acted legally and responsibly, according to a formal inquiry called for by London mayor Sadiq Khan.

The review – launched following a series of complaints about the project’s procurement and finances – found that the Garden Bridge Trust is “operating in compliance with charity law” and has “proper financial controls in place”.

“We have been able to offer public assurance that the Garden Bridge Trust is meeting its obligations as a registered charity,” said David Holdsworth of the Charity Commission, which conducted the investigation.

The report also lauded the role of the charity’s trustees for providing “strategic leadership” and “robust and informed decision making”.

“This case shows that high-profile charities can attract considerable public scrutiny, and the public rightly expect charities to be transparent and accountable,” said Holdsworth.

“Having trustees in place with the right skills and experience is crucial for a charity to operate effectively.”

The 367-metre-long bridge is proposed across London’s River Thames, featuring full-size trees and planting beds on its deck.

It is currently expected to cost £185 million, with £60 million coming from the government. Almost £40 million of that has already been spent.

The inquiry investigated three issues, the first being whether the contract was fairly awarded to Heatherwick, including whether there where any conflicts of interest in the process.

The findings – a four-page report published on the UK government’s website – show the investigators found “no cause for concern” regarding conflicts of interest, and that the arrangements of the contracts were “robust”.

However it does state that the trust could have carried out more comparisons with similar infrastructure projects to assess risks.

Assessing whether the charity has the capacity to deliver a project of this size, the inquiry was satisfied with the evidence provided, which included “clear strategy and active budget management”.

The investigators also looked at whether the project’s funding has been handled responsibly.

Their report states that the trust could have been more forthcoming with information about its accounts, but that “proper arrangements” appear to be in place to ensure the organisation operates efficiently.

“When observing the charity’s core-management group meeting, we saw evidence that the relationship between the trustees and the senior management team balances support, scrutiny and challenge,” reads the text.

London mayor Sadiq Khan announced plans for the inquiry in September 2016, reiterating his pledge that no more public funds would go towards the controversial structure.

It was led by Margaret Hodge, the former chair of parliament’s public accounts committee, who recently published a book about wasteful spending by the UK government.

First unveiled in 2013, Thomas Heatherwick’s Garden Bridge design is set to be constructed between Temple and the South Bank.

The bridge is billed as a “beautiful new garden floating above the River Thames”, but has been dogged by problems. Critics have included RIBA president Jane Duncan, local politician Kate Hoey, and campaigners Michael Ball and Will Jennings.

Alternative green crossings have been proposed by architects Allies and Morrison, and Crispin Wride for nearby Blackfriars Bridge, along with a variety of more satirical suggestions.

Heatherwick also has a similar project in New York – the Pier 55 elevated park over the Hudson River, which is under construction after overcoming a legal battle last year.

The post Garden Bridge inquiry finds “robust and informed decision-making” behind use of public funds appeared first on Dezeen.