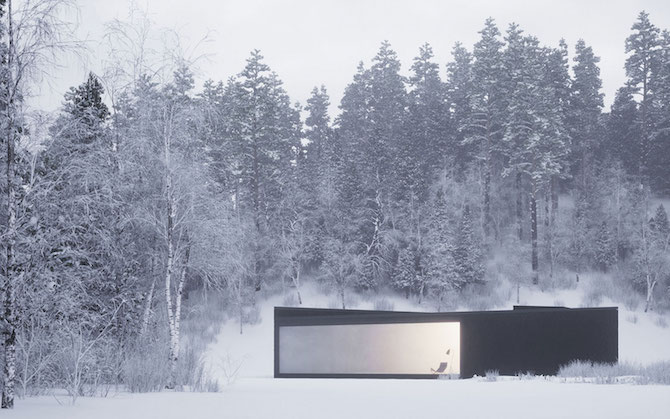 Architecture studio WOJR designed ‘Twins’, a site located in Upstate New York that consists of two geometric buildings facing each other. Created for two brothers, the two houses feature different shapes, a hexagon and a four-sided polygon, yet both are built from the same five structural components. Additionally, the homes are linked to each other through an underground piping system for water supply. On the concept behind the structure, the studio says: “The agricultural development of the land between the two houses separates them visually (to varying degrees depending on season) while linking them inextricably, both infrastructurally and communally.”