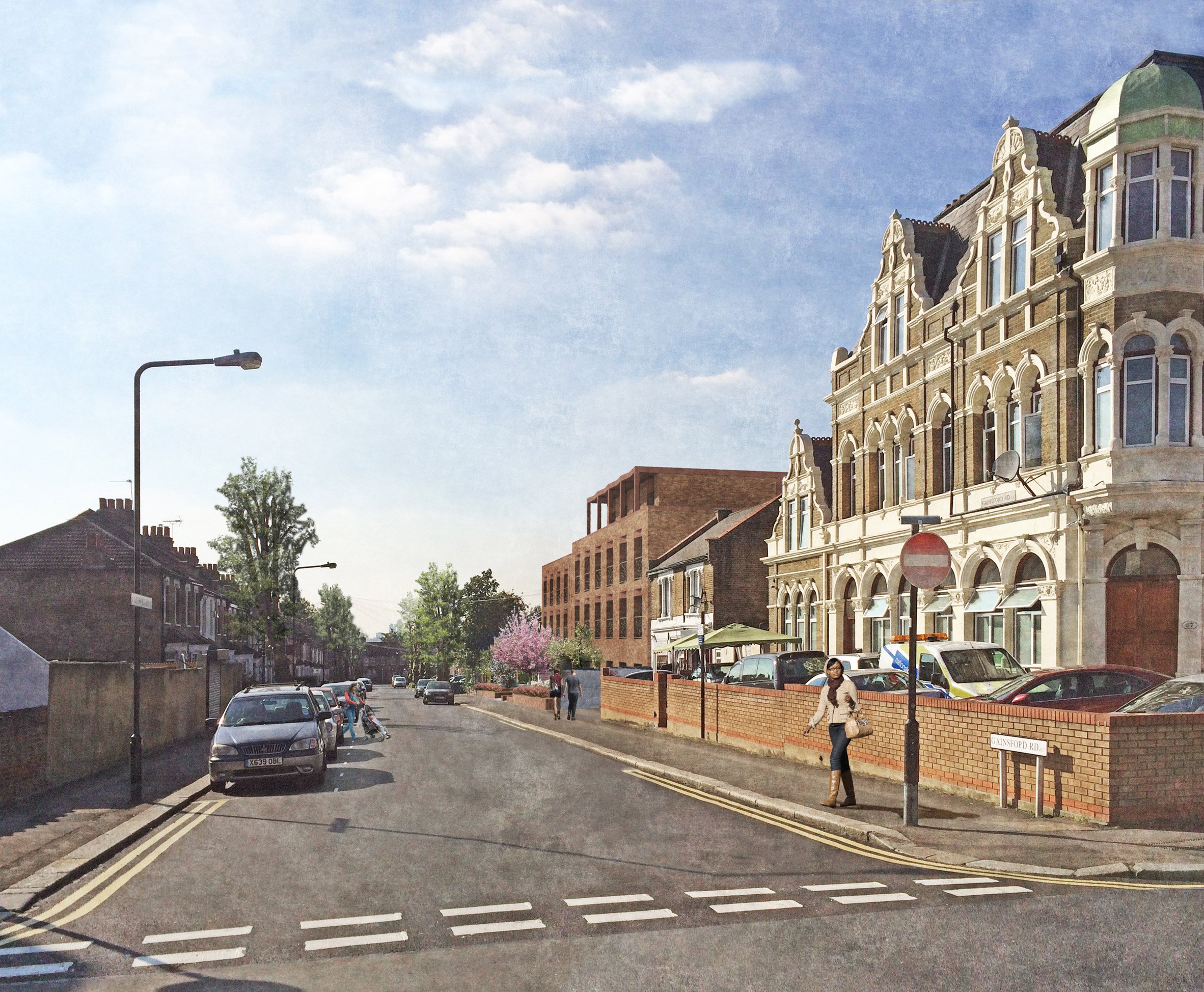 With construction due to start next month, the four-storey block will be completely refurbished to create 45 one-bedroom flats, organised around a communal garden courtyard.

The project is backed by Pocket – a UK property developer that promises “starter homes for city makers”, and whose projects are largely in London’s outer boroughs.

Gort Scott was chosen for the Gainsford Road development based on its previous work in the area, which includes co-working facilities and a bakery cafe in the local town centre.

It follows the ongoing trend for micro homes in city developments, demonstrated by projects like the upcoming My Micro NY in New York and Yo! Home in Manchester

Studio co-founder Jay Gort describes the project as “a new type of housing in the hinterlands of Walthamstow High Street”.

The block is largely three storeys high, but extends up an extra storey around the entrances. Here, filigree metal gates will front green-tiled walkways, leading through to the landscaped courtyard.

The aim is for this to become a social space for residents – building on the legacy of Walthamstow’s Warner properties, a type of affordable housing built for the working classes in the early 20th century.

In the same spirit, corridors will be clustered around staircases to encourage interaction, and enlarged landings on the first floor are envisioned as common rooms with seating.

Ground floor flats will feature private gardens, while upper level properties will have Juliet balconies – meaning all residents will be able to open their living spaces up to the elements.

“The building has a simple rhythm of windows, punctuated with feature lintels, Juliet balconies and a slender precast stone belvedere, which draw on the legacy of carefully crafted, decorative architecture in the area,” added Gort.

Gort Scott was founded in 2007, and has since worked on numerous projects in London’s more deprived communities. These have included a golden public toilet in Wembley and a public space in Tottenham.

The Gainsford Road project is due to complete in spring 2018.