Govaert & Vanhoutte Architects has renovated and extended a former fort in West Flanders to create a home for an estate agent and his family. 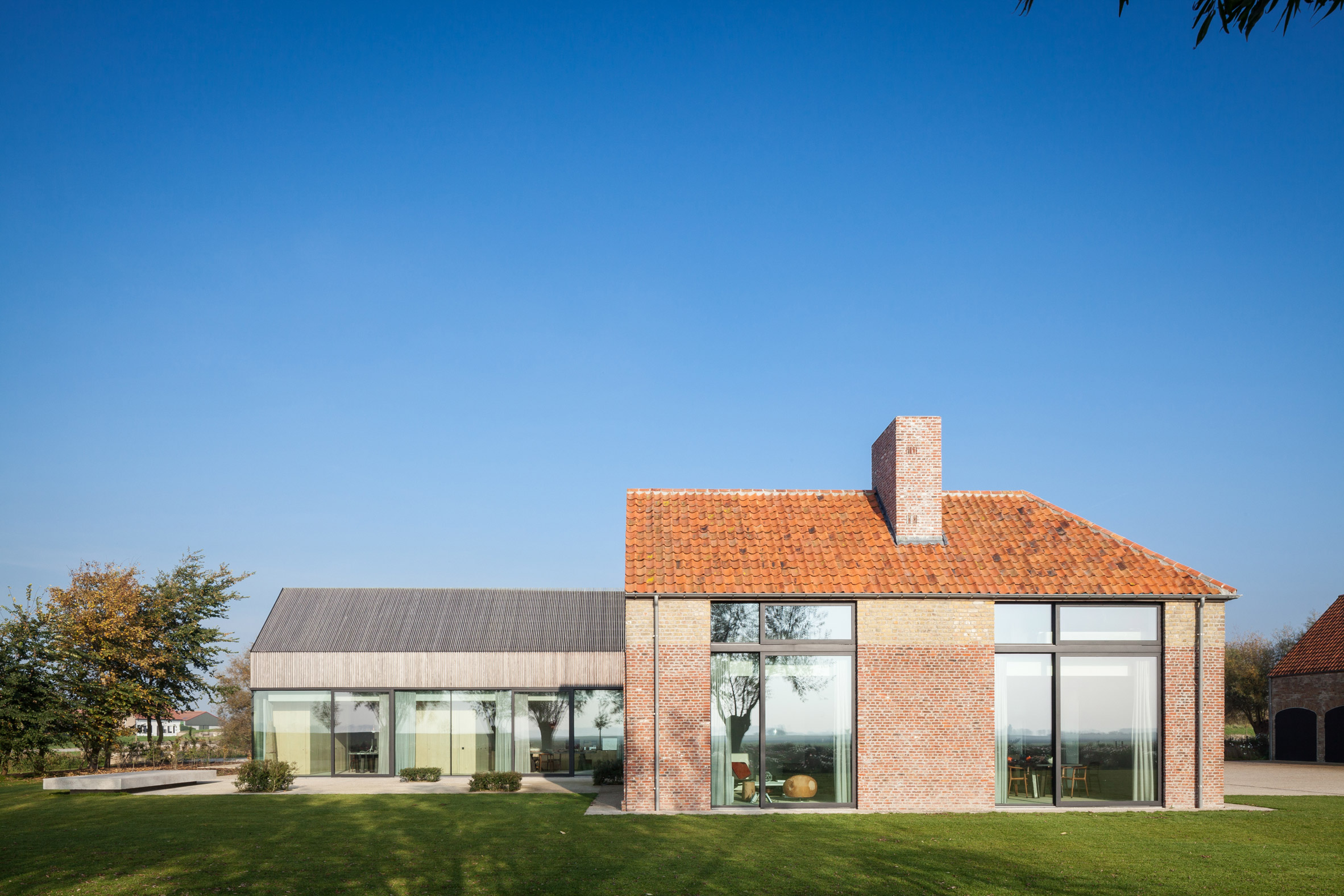 The Bruges-based practice was asked to extend the 1839 farmhouse – which was once a fort – to suit the client, his wife and their two children, and to transform the barn into a bed and breakfast business.

The two brick buildings were once used as a watch house and a jail, and formed part of an earlier fortification on the Belgian-Dutch border near the town of Knokke.

Both have been gutted and given afromosia wood extensions. These continue the gabled line of the existing structures, which have also had large metal-framed windows added to their facades.

They are connected by underground passageway.

“The new volumes have the same sectional proportions as the remaining ones, and also continue them in plan.”

The barn has a linear form that reflects the local architecture of long, gabled farmhouses. A glazed portion separates the brick and timber volumes and frames a view of an indoor pool.

The original barn building contains a garage and pool changing facilities at ground level, and four bedroom suites above.

The extension hosts the swimming pool and an open-plan living space at ground level, and three further suites above.

A new timber-clad wing gives the farmhouse a U-shaped plan, which wraps three sides of a private courtyard.

Here a reading room, offices and living spaces face out onto the secluded outdoor space. Upstairs there are three bedrooms and corresponding bathrooms.

Both buildings are finished with a combination of cast concrete and restored timber surfaces.

Large openings cut through the brick walls flood the spaces with natural light, while a series of gun ports provide smaller windows.

A group of four brick and concrete bunkers dating from the first world war dot the grounds.

They have lighting integrated into their bases and are primarily used for storage, but one has been converted into new accommodation for the client’s pet chickens.

“One serves as one of the greatest henhouses we did up till now,” said Lammens. 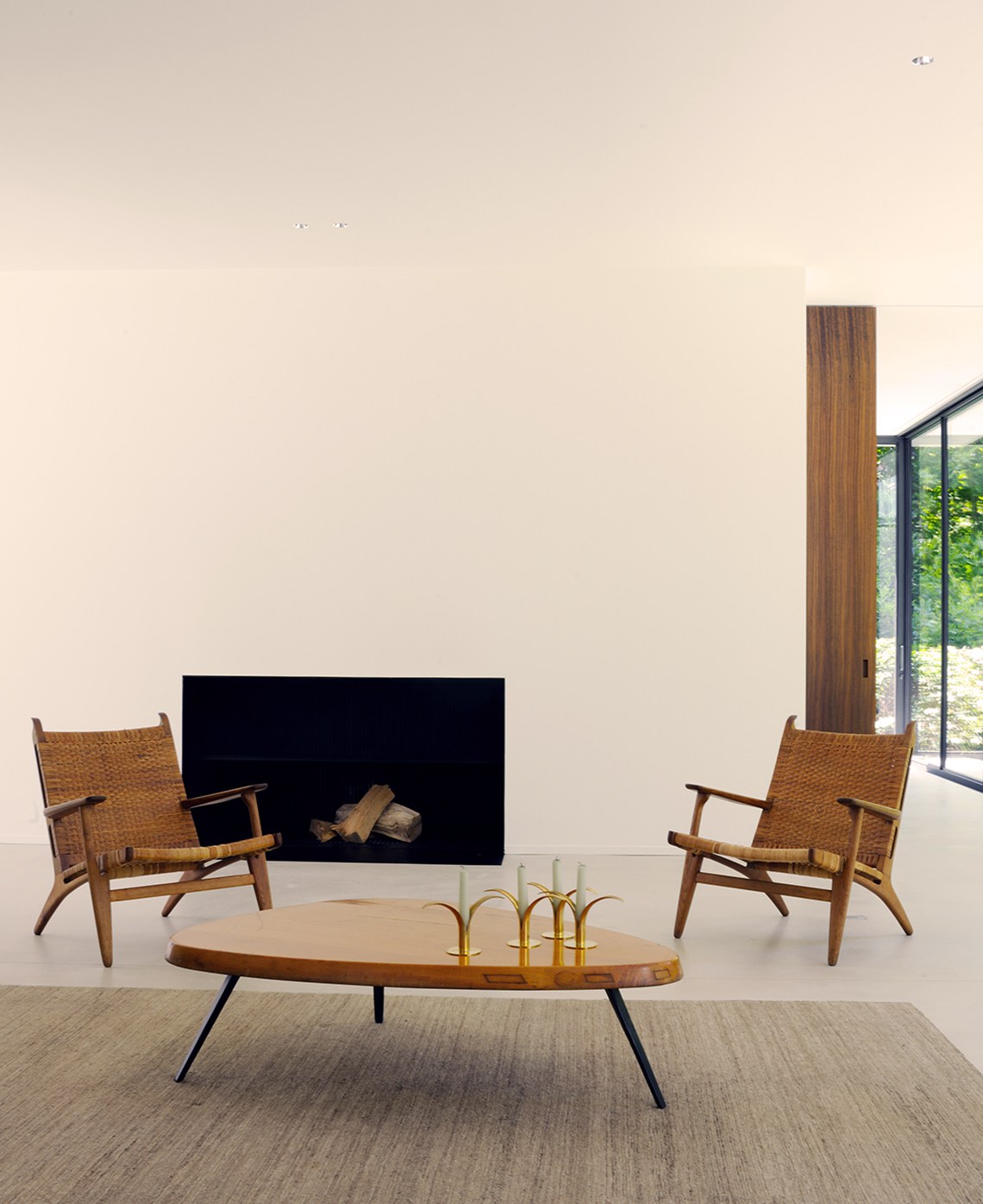