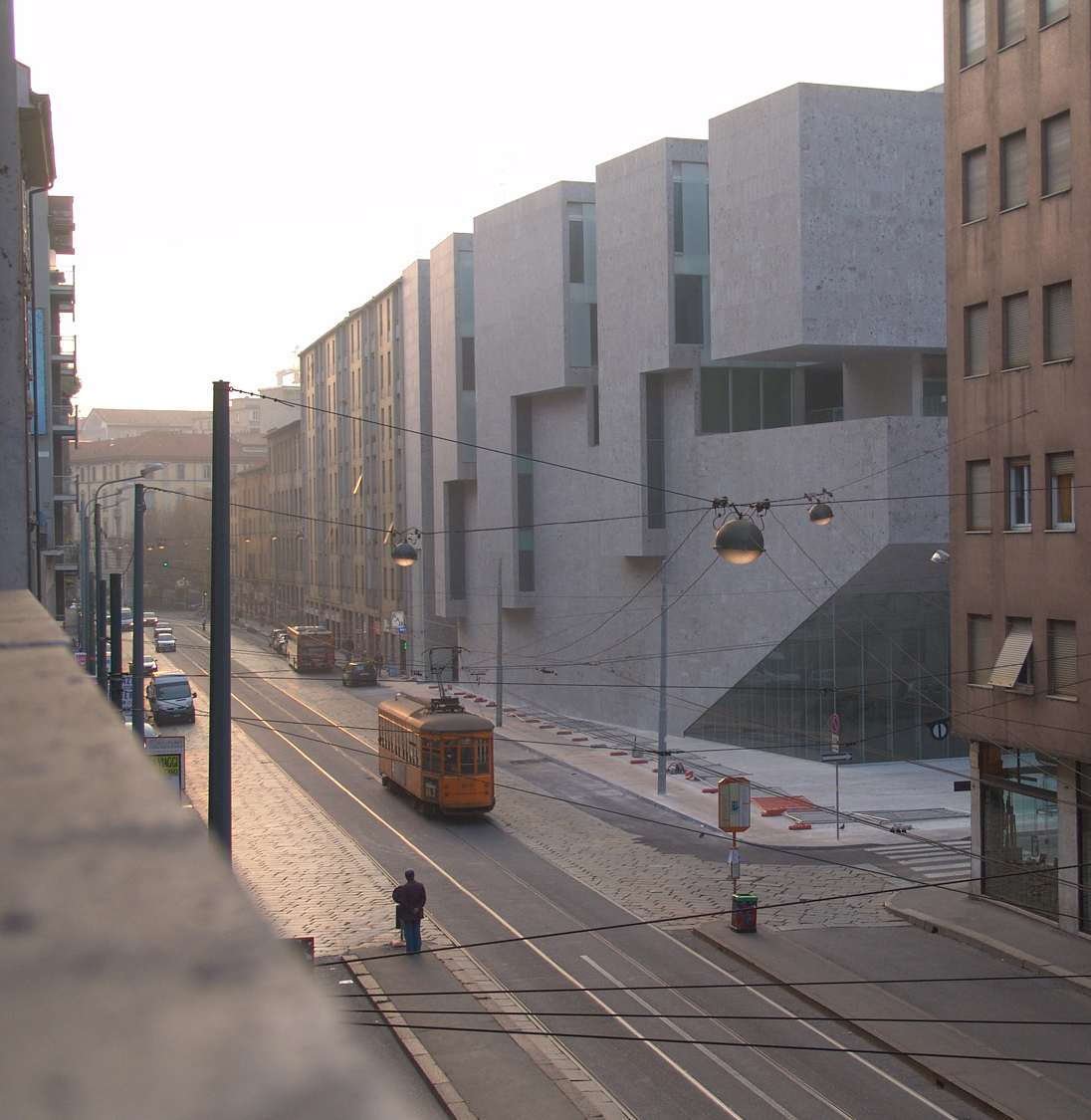 In a Dezeen exclusive, Grafton Architects directors Yvonne Farrell and Shelley McNamara – who have just been selected to curate next year’s Venice Architecture Biennale – have listed the eight most significant projects of their career to date.

The duo founded their Dublin-based firm in 1978, and have taught at a number of architecture schools around the world, including University College Dublin, Harvard Graduate School of Design, Yale and EPFL in Lausanne.

Their many accolades include the World Building of the Year award, which they won in 2008 for the Universita Luigi Bocconi in Milan.

They were also awarded the Silver Lion for their exhibition at the Venice Biennale in 2012. This included their designs for the UTEC University in Lima, Peru – a project that, once complete, won them the inaugural RIBA International Award.

They will become the 16th curators of the Venice Architecture Biennale, following in the footsteps of previous directors Alejandro Aravena, in 2014, and Rem Koolhaas in 2012. They plan to focus on the qualities of both public and private space.

Here, Farrell and McNamara reveal their career-defining projects and describe them in their own words:

“We thought of the university as a place of exchange, a marketplace of ideas. The requirement was for research offices for 1,000 professors with conference facilities for 1,500 people. We held these two worlds apart and allowed the life of the city to enter into the world of the university. We saw this brief as an opportunity for the Luigi Bocconi University to make a space at the scale of the city. Inside, our building is thought of as a large market hall or place of exchange. The building’s hall acts as a filter between the city and the university.”

“The University of Limerick occupies a large territory, formerly a demesne, and is situated on both sides of the lower reaches of the River Shannon, the longest and largest river in Ireland. Part of its expansion to the north of this great river, accessible by pedestrian bridge from the existing campus, provided for the construction of a new medical school building and accommodation buildings for students attending the facility. This new suite of buildings combines with three existing, neighbouring institutions, the Sports Pavilion, the Irish World Academy of Music and Dance and the Health Sciences Building, in order to make a new public space.”

Find out more about University of Limerick Medical School ›

“The sloping ground led us to think about this project as a man-made rock outcrop. We made a new raised ground, a new territory, an elevated walled garden. The theatre occupies the space between but interlocks with both. The floor of the theatre follows the contours of the site forming what we call an ‘interior landscape’. We did this because we felt that a massive presence was needed here, to stake out and re-invent this place, making this new cultural anchor register its arrival. The new arrival sets up a dynamic choreography with the neighbouring public buildings, and sets the scene for the reinstating of the historic market centre.”

“Exploring themes of architecture as built geography, abstracted landscape, landscape and infrastructure, and the horizon and the human being, we proposed two figures – the Serra Dourada Stadium in Goiânia, Brazil, and our project for a new university campus in Lima, Peru. Through a range of interpretive models of various scales and materials, including stone, watercolour paper and papier mache, we explored the relationship between infrastructure and landscape.”

Find out more about Architecture as New Geography ›

Offices for the Department of Finance; Dublin, Ireland, 2009

“The fundamental concept of this new building is rooted in its immediate urban context, relating to the particular qualities of the public park of St Stephen’s Green, the Huguenot Cemetery and the 18th-century Georgian street context of Merrion Row. We interpreted the site as a continuation of St Stephen’s Green, with the Huguenot Cemetery forming another open space – a secret garden – along the street. The new building belongs to a tradition of buildings in Dublin, where significant buildings negotiate dramatic changes in scale at junctions in streetscape throughout the city. The character of St Stephen’s Green directly influenced the decision to enter this new building across a ‘bridge’, making a new threshold.”

“In the north of County Donegal, the town of Milford tucks itself into steeply sloping landscape. The new Loreto Community School is similar in plan size to the original town, with its main street and private plots. This school sits on a tiered landscape, sheltering five metres below the public road and overlooking three playing fields positioned 10 metres below. Close to Mulroy Bay and exposed to the North Atlantic, the zinc undulating roof rises and falls, creating its own landscape, in response to the drama of the local typography. Light and air are drawn in between the folds of this undulation.”

The building consists of two layers that combine to form a spatial tartan grid. The two-storey ‘ground layer’ is stratified in the east-west direction, establishing layers of privacy. The ‘sky layer’ of roof lights works in the opposite, north-south direction, visually and volumetrically stitching the spaces together again and gently subverting the zoning requirements inherent in the brief. This tension – between the stratifying layer and the stitching layer – resulted in a surprising degree of spatial complexity.”

“This scheme for 82 apartments aims to produce a building which has a calm modesty. The building sits solid on the ground, and has a sense of weight and permanence. Design features are deliberately avoided in an attempt to regain the quiet monumental presence of adjacent warehouse buildings.”