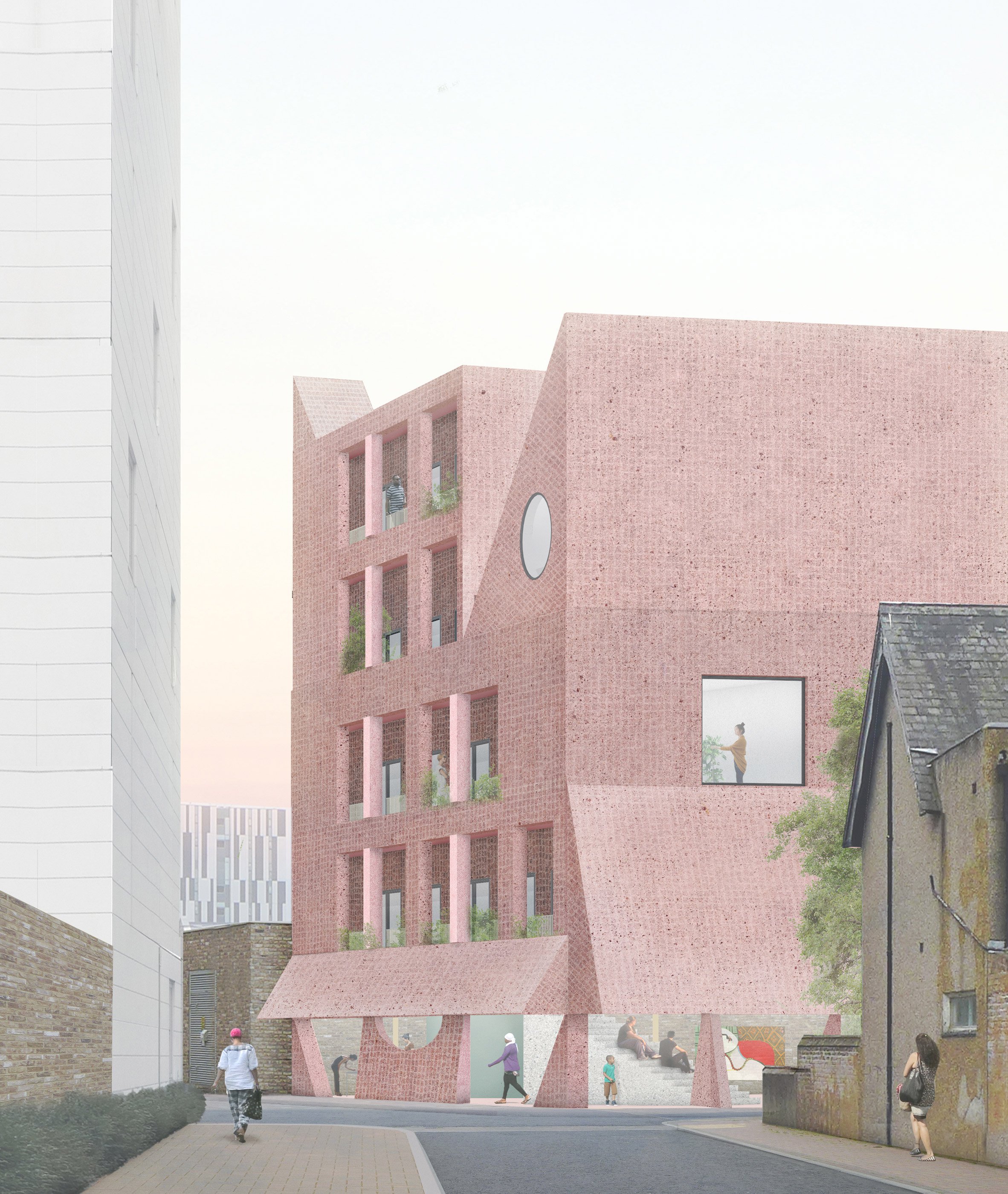 British artist Grayson Perry is working with London-based architects Apparata on an affordable-housing scheme with integrated studios for artists in Barking, east London.

A House for Artists is designed to provide relatively low-cost rental accommodation and workspace for 12 artists in the Barking town centre, in the London Borough of Barking and Dagenham.

It will also provide a new community arts centre, which will be run by the resident artists as part of the rental agreement.

Apparata is responsible for the design of the building, a five-storey red brick block with an irregular roof form that combines mono-pitched and flat sections. Various cut outs in the facades will provide access to inset balconies and to the street.

Grayson, who previously collaborated with former FAT-founder Charles Holland on A House for Essex, is advising on the project. He forms part of a panel contributing towards the final design of the building and selecting the 12 artists who will eventually live in the development.

“By placing artists squarely within the community, the project aims to remove barriers to engagement, fostering inclusive and creative ways of using civic space,” said Create London, the arts organisation that commissioned the project.

The aim is to accomodate artists at different stages of their careers and lives, with space for recent graduates as well as older artists with families.

Architects Astrid Smitham – formerly of Caruso St John – and Nicholas Lobo Brennan – formerly of GRUPPE – have arranged the apartments across the upper floors of the block, while the arts centre is set in the base.

A communal outdoor space for eating and working will be shared between groups of three apartments, which can be joined together to offer the the possibility of co-living arrangements. Shared living areas could be used to share the responsibility of childcare or host events, depending on the residents’ desires.

“At a time when councils are struggling to build and manage existing community spaces – and artists are finding it increasingly hard to remain in London – we see this project as a pilot or model which could be replicated in other London boroughs,” said Create London.

The organisation has previously worked with Assemble to create a cinema below a flyover and a public arts space in the London Borough of Newham.

“The project brings together two difficult issues, aiming for one to help address the other,” it added. “The opportunities for living cheaply or even affordably in London are becoming increasingly rare and the project is a direct response to how this housing crisis is affecting artists. At the same time, local councils are struggling to build and run community centres.”

Resident artists will be selected via an open call, and vetted by a panel including Create London, Barking and Dagenham Council and the Greater London Authority.

A House for Artists forms part of the Barking Artist Enterprise Zone, which aims to provide long-term housing options for artists in the borough, and is expected to open in 2018.

The post Grayson Perry and Apparata team up to create A House for Artists in east London appeared first on Dezeen.