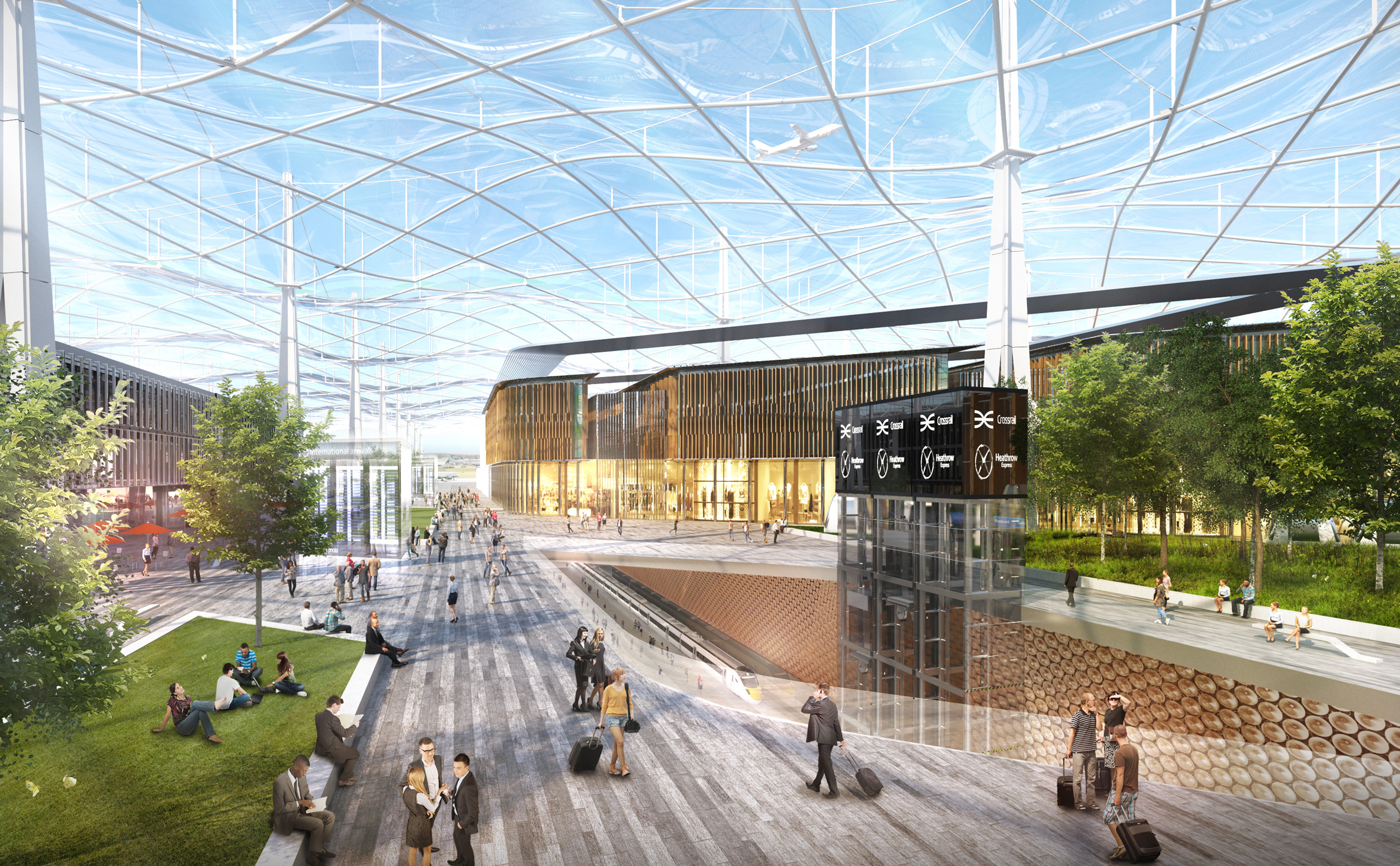 British firm Grimshaw has been given the go-ahead for its Heathrow expansion plans, as the government approves a third runway at the UK’s busiest airport.

Grimshaw was selected from a line-up of potential designers Zaha Hadid Architects, HOK and Benoy to develop the £16 billion expansion plan earlier this year.

The British government’s decision to support the additional runway puts an end to rival plans to expand Gatwick airport. A Foster + Partners proposal for a new airport on the Thames estuary had already been ruled out of the running in 2014.

“We are very pleased with the government’s announcement regarding the expansion of Heathrow Airport, and believe this is clearly the best way forward for the country,” said Grimshaw partner Jolyon Brewis.

“This decision gives credit to the longstanding quality service the airport provides to its passengers, and recognises the transport hub as a key generator in keeping the UK globally connected,” he added.

“We look forward to working with Heathrow on the new development, delivering their bold vision and working towards their ambitious and achievable target of the most sustainable airport hub in the world.”

“Heathrow will now start the important work to plan, consult and build the vital new runway that the UK needs to compete in the world,” said a statement from Heathrow Airport. “We are prepared to move quickly to expand.”

Nicholas Grimshaw’s firm is also developing a new six-runway airport in Istanbul, and has already completed an airport terminal in St Petersburg.

The firm has also applied its transport-design expertise to the Bijlmer Station in Amsterdam and a revamp of London’s Euston rail station.