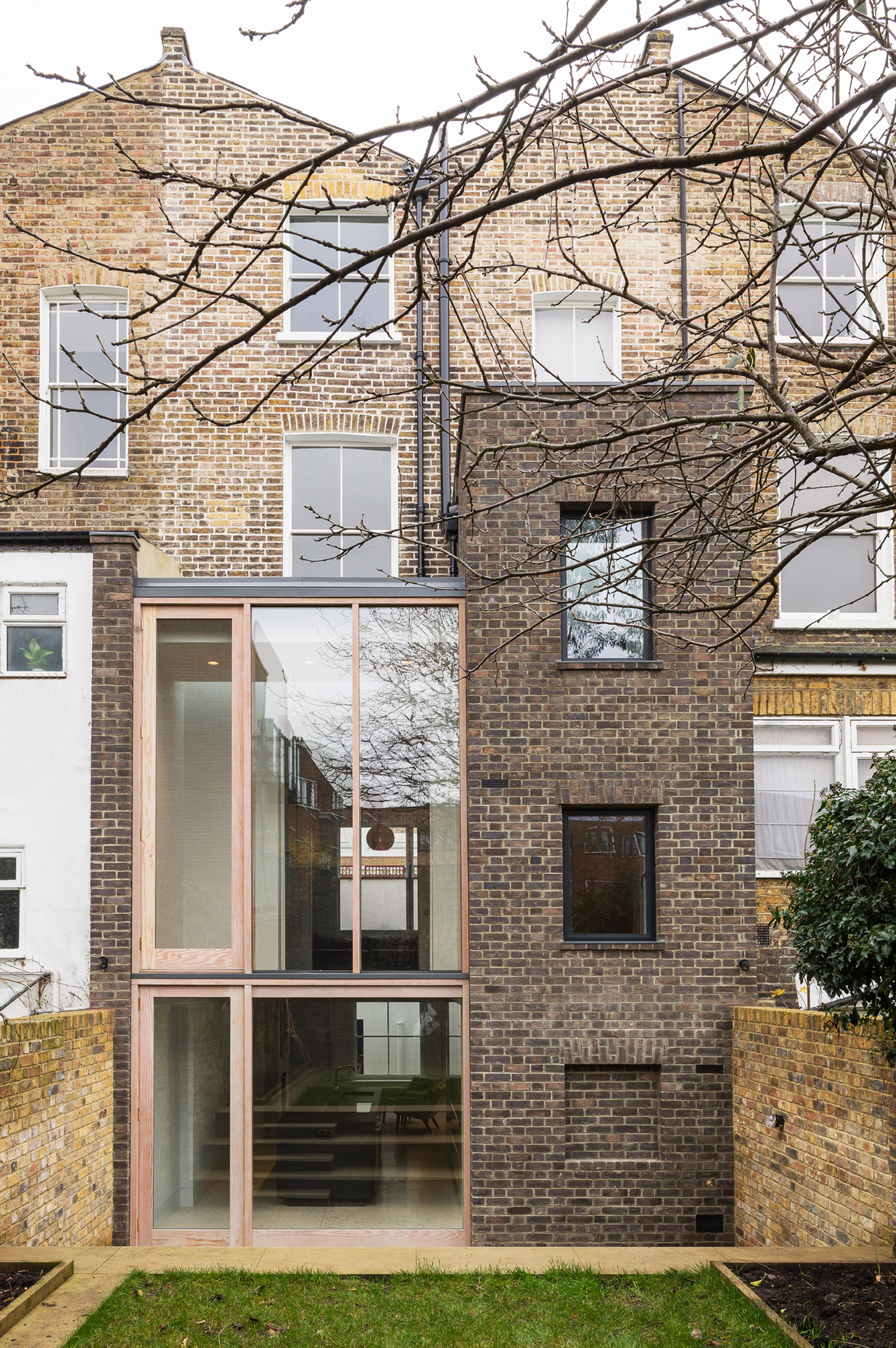 A darkened brick tower and a glass volume form this extension by Gundry & Ducker, added to the rear of a north London residence to create a kitchen and living room with garden views.

The architects wanted to reference the ad-hoc design of surrounding house extensions, but also to bridge the gap in style between a contemporary addition and the Victorian-era building.

Douglas fir frames the-two storey glazed extension, which houses a basement kitchen that opens to the garden and a living room on the floor above.

The three-storey dark-brick tower next to it adds two bathrooms and a ground floor utility room to the house, which was originally built without them.

Brick arches above the openings and the blind window are intended as a playful reference to the Victorian residence.

“We wanted to find a suitable aesthetic that was modern but related back to the original house,” Ducker told Dezeen.

“We chose dark bricks that have a sooty appearance that we though felt very London,” he explained. “Douglas fir was used for the conservatory element for its contrasting light appearance and stability.”

Sliding glass doors open the kitchen to outside, where a set of steps lead up to the higher-level garden.

Inside the kitchen, the floor is covered with terrazzo featuring pink marble chips that match the pink tint of the douglas fir window frames.

A large black central island, with painted wood cabinets, fills the centre of the space. A set of white cabinets run along one of the long wall and the other is painted white.

A skylight tops the first floor bathroom, which is painted white and lined with marble tiles.

The Florence Street project is one of numerous London extensions responding to a growing demand for contemporary design in the capital.

Other examples include a property in East Dulwich with a three-metre-high pivoting door and an extension in the north of the capital topped by a butterfly wing-shaped roof.

Photography is by Andrew Meredith.