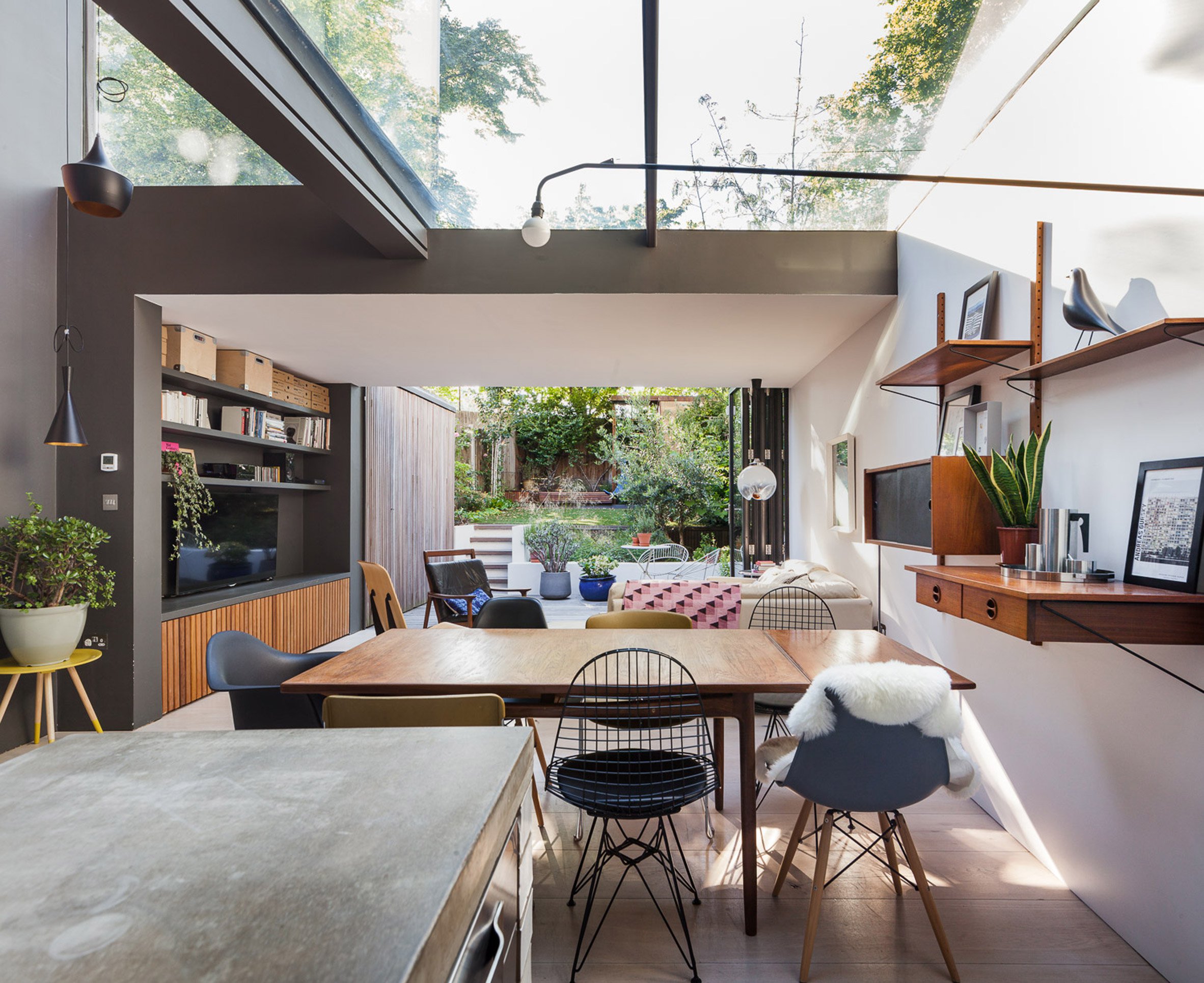 Architect Henri Bredenkamp has overhauled a Victorian house once used as a teaching space by Goldsmiths university in south London to create a light-filled home for his family.

Bredenkamp of London-based Studio 30 Architects, refurbished and extended the basement when converting the 19th-century property into a home for himself, his wife and their young son.

He called it The Study House as the residence was formerly used as a tutorial space for Goldsmiths before becoming abandoned and falling into disrepair.

The aim was to open up the interiors, which were heavily compartmentalised, and make better use of its dark and damp basement.

Bredenkamp dug down to increase the height of the ceiling and added an extension to the rear. It now hosts an open-plan kitchen, lounge and dining room adjoining the garden.

A box-like volume rises from one side of the extension and includes large sections of glazing. It forms a gallery-like space in the house, with a tall dark-grey wall for hanging artwork.

“The scope to develop over four floors invited the opportunity to introduce a double-height space adding drama and creating a gallery-like space,” he continued.

There is also a set of folding doors that open from the lounge into the garden, while part of the new roof above the dining table is glazed to further improve natural lighting.

The kitchen is placed in the original structure and features a central island made out of white bricks and topped by a cast-concrete counter.

Bredenkamp’s office is located behind the kitchen, through a set of double doors.

A narrow staircase leads to a second living area and the entrance hall on the upper ground floor. The existing staircase connects this level to the first floor bedrooms, which feature restored fireplaces.

A studio belonging to Bredenkamp’s wife is set on the second floor, where a large rectangular opening replaces a former dormer window to offer views to the garden. Light plywood panels line the walls, while built -in bookshelves slot into gaps.

This level also hosts the family bathroom, which is covered in small grey tiles, and another bedroom.

Period features including sash windows, as well as its high skirting boards, cornicing and shutters were restored throughout.

At the end of the garden there is a playhouse, designed by Bredenkamp for his son as a miniature version of the main house. It features a wooden frame that supports a cantilevered polycarbonate box.

Photography is by Salt Productions.