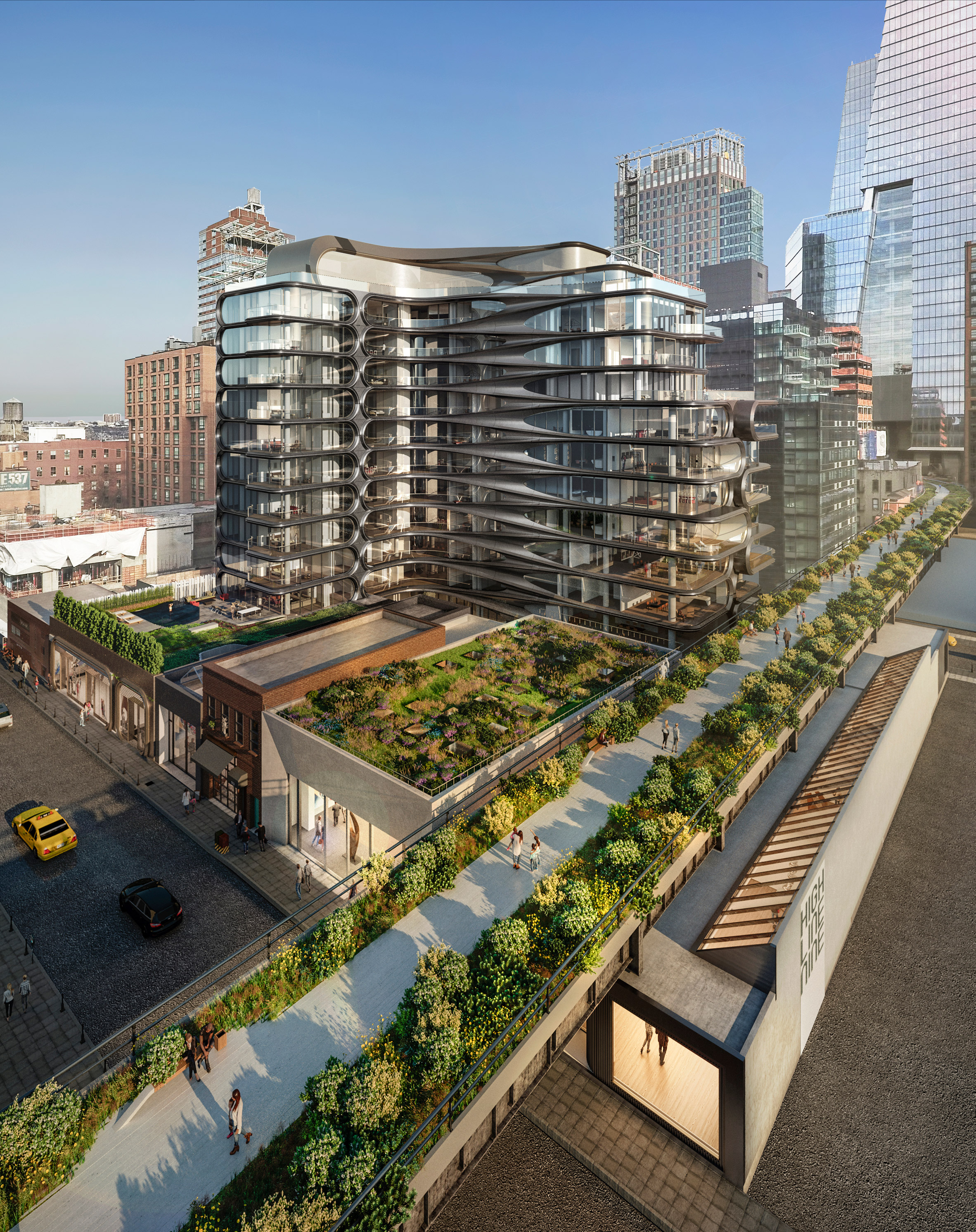 A series of gallery spaces will open in and around Zaha Hadid Architects‘ High Line-adjacent 520 West 28th residential building in New York.

Developer Related Companies announced the creation of 15 new galleries on West 28th Street and West 27th Street in West Chelsea, which is home to many art galleries and cultural institutions.

Neighbouring structures including new buildings by Studio MDA will also host a set of standalone galleries, which will be known as the High Line Nine.

These “boutique” exhibition spaces, measuring between 650 and 1,800 square feet (60 and 167 square metres), will be located along a central thoroughfare directly under the High Line – a popular public park along a former elevated railway.

Modelled on a European galleria, the series of galleries will share a catering kitchen and restroom facilities for events, and there will also be a wine bar and cafe on site.

“This is an ideal situation for international or domestic gallerists who want a street level location in West Chelsea with built in vibrancy and traffic but don’t want the hassle and cost of leasing and maintaining conventional gallery space,” said Related.

The gallery spaces inside Hadid’s building are due to open during spring 2017, while the High Line Nine is scheduled to complete later in the year.

The elevated park, designed by Diller Scofidio + Renfro and James Corner Field Operations, has spurred development in the Chelsea neighbourhood since its first phase completed in 2009.

It connects the trendy Meatpacking district in the south to the vast Hudson Yards development – also part of Related’s portfolio – under construction to the north, where further cultural venues are also underway.

New York gallerist Paul Kasmin has confirmed he will take a 5,000-square-foot gallery and an additional exhibition space in the High Line Nine.

“The creation of the High Line and the evolution of Hudson Yards have made this one of the most dynamic parts of the city,” said Kasmin. “This collection of new galleries in this location is an ideal fit for us.”

Also proposed along the High Line is a glass tower “sculpted by the angles of the sun” by Studio Gang.