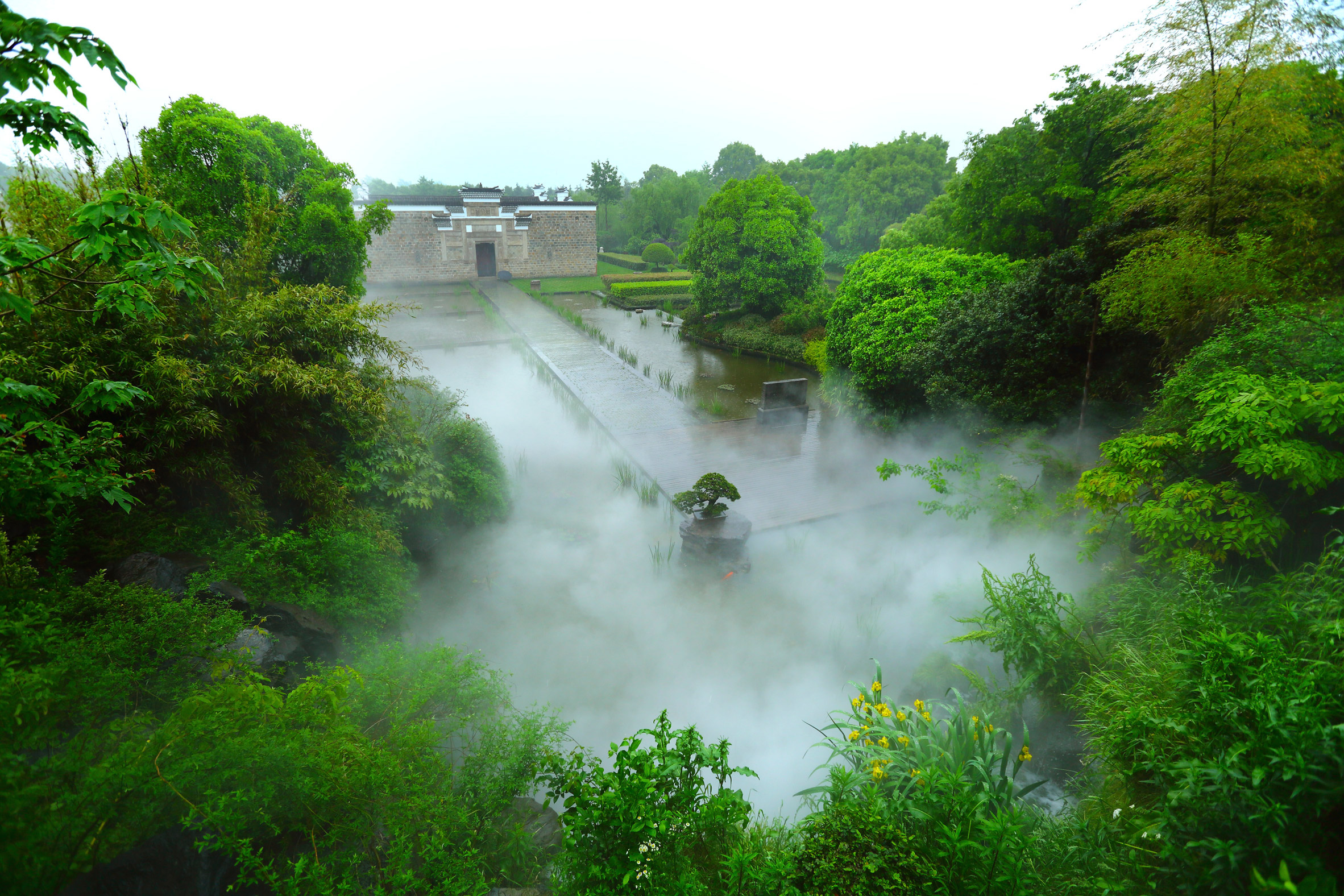 Threatened by construction of a major new reservoir, a forest of 10,000 trees and a collection of 50 historic houses have been transported 800 kilometres to Shanghai, where they are being transformed into a vast holiday resort.

Chinese businessman Ma Dadong was so upset to discover that the forest of 2,000-year-old Camphor trees was set to be destroyed, he embarked on a 10-year conservation project to move them to a new site.

The project has also involved the dismantling of more than 30 villages, which resulted in 50 Ming and Qing dynasty houses being carefully taken apart and rebuilt in the new location, on the outskirts of Shanghai.

Together, they will provide a new resort for Aman – the hotel resort brand of Russian real-estate developer Vladislav Doronin.

“I realised the only way to protect and celebrate our history was by instilling a new life and purpose into these ancient homes, and to allow the sacred trees that surround them, to be animated with renewed spirit,” said Ma.

“Much like the ornate stone carvings and the stories they hold, this ambitious project will continue to recount and nourish the next generation with hopes and expectations for the future.”

Ma enlisted the help of botanists, engineers, craftsmen and experts in ancient Chinese architecture to ensure the move went as smoothly as possible. Almost 80 per cent of the trees survived the relocation.

During the process, the team rediscovered 400-year-old building techniques. They also uncovered carvings and reliefs that would have taken decades to complete, and which trace family histories dating back 2,00o years.

Called Amanyangyun, the resort will open its doors in Autumn 2017. The 50 reconstructed houses provide 26 “antique villas” – some containing guest homes and some housing amenities – plus 24 one-bedroom suites.

Facilities will include a variety of dining spaces, including a 200-seat banquet hall, a club lounge, swimming pools and a spa. Guests will be invited to learn calligraphy and the process of a tea ceremony.

Australian architect Kerry Hill designed the minimal interiors, with a brief to blend the old with the new. His designs use simple unfinished materials including bamboo, wood and stone.

According to Aman, the resort will be a peaceful sanctuary that “safeguards priceless natural and cultural treasures, giving a new life to these dynasty houses and ancient forest”.

Vladislav Doronin opened the first Aman resort in 1988 in Phuket, Thailand. The company now owns 31 properties, including three others in China.

Doronin also commissioned Zaha Hadid to design his own house, in a forest close to Moscow. It is the only private house that Hadid built during her lifetime.