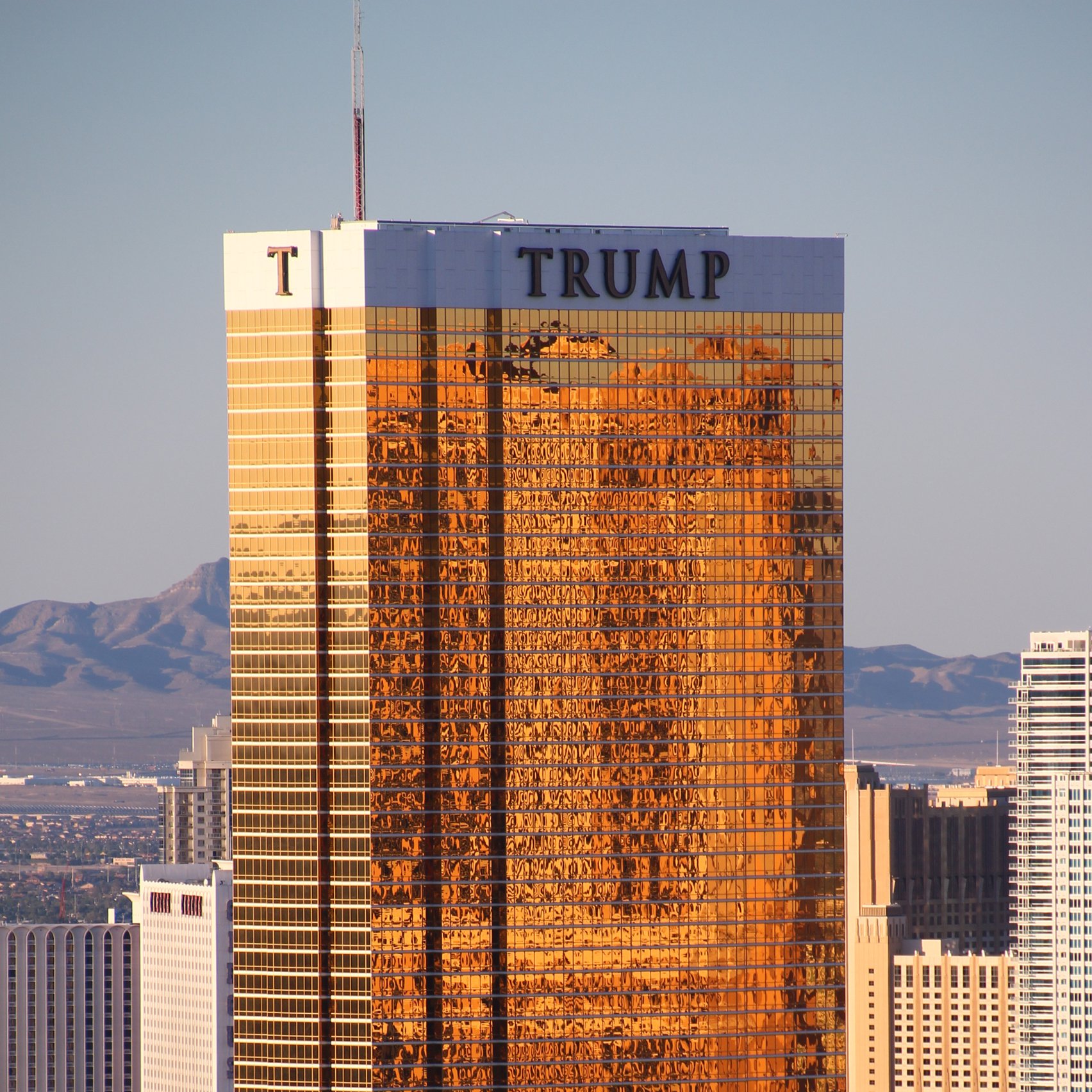 Hillary Clinton’s plans to improve infrastructure in the USA weren’t ambitious enough, but at least she had plans, says Aaron Betsky in this Opinion column.

America needs a lot of work. Its roads and bridges are crumbling. Its airports are a mess. It has virtually no long-distance public transportation system. Below the surface, sewers and water lines are leaking billions of gallons. Something needs to be done. Will President Trump do it? Nobody knows.

There was a plan. In her election platform, Democratic candidate Hillary Clinton promised $275 billion in infrastructure investment. All but $25 billion of that would have come from the federal government, and she says she would have paid for it with new taxes on the wealthy.

The $25 billion would, she claimed, have leveraged another $250 billion in private investment. Trump has no more than the notion that he will come up with such a plan and spend a trillion dollars, which at least is a lot more than Clinton would have.

Just about every presidential candidate for the last three decades has promised to address the deferred maintenance all around us and help build a better base for economic growth and social cohesion. In 1992, I wrote several articles about the massive investments in infrastructure presidential candidate Bill Clinton promised. I even bought stock in construction companies I thought would benefit from the coming boom. I was wrong.

Duly elected, Clinton did just about nothing. The same is true for Bush. Every few years, a bridge collapses or a train derails and a cry goes up to address the situation. The sore spot is duly fixed, but nothing more happens. In the spring, crews show up to fill potholes and sometimes add a lane or two of highway, and that is about it.

It is up to the politicians who were just elected to make this country not great, but sound again

President Obama’s America Recovery Act, which was part of his efforts to bring us out of the Big Recession of 2008, was a bit of a change and a help. But it only scratched the surface and was not very efficient, with too many arcane rules, labour regulations and bid procedures stymieing the construction of existing roads and bridges.

Not much new was built – a plan for regional high-speed rail disappeared off the table very quickly. In the last eight years, local and state governments have also made some strides, replacing water tunnels and building subways in New York, and undergrounding a highway and building light rail in Seattle. It is still not enough. It is up to the politicians who were just elected to make this country not great, but sound again.

Neither Trump nor Clinton has shown any interest in the kind of transformative technologies that could help us leapfrog out of, rather than solve, our infrastructure problems more than her husband or his successors did.

Clinton proposed a list of the completely necessary, but standard, improvements: investments to alleviate congestions in ports, airports and major highway routes; fixes to bridges and roads, “expand public transportation options to lower transportation costs” (no idea how she would have done that) in a way that would be “sustainable”; “smart coordinated investments” to help alleviate freight congestion on roads and rails; improvement to internet access; a better energy infrastructure (with pipelines through Native American land?); improved access to drinking water; and modernised dams and levees.

She promised to do this by using “smart technology”, from adopting proposed changes to tracking aircraft and helping business work towards moving from 4G to 5G cellphones. And, of course, she would have accomplished these projects while avoiding the cost and schedule overruns that habitually plague infrastructure projects not just in the United States, but around the world.

Trump has said that he will pursue an “America’s Infrastructure First” policy that supports investments in transportation, clean water, a modern and reliable electricity grid, telecommunications, security infrastructure, and other pressing domestic infrastructure needs. In so doing, he promises to use American steel first, and focus on public-private partnerships to “harness market forces to help attract new private infrastructure investments through a deficit-neutral system of infrastructure tax credits”.

He also wants to fast-track pipelines and coal export facilities. And, of course, he wants to get rid of regulations. How he will do this and how he will pay for it is completely unclear.

Part of the problem is that it is exactly the attempts to bulldoze major projects, whether they are pipelines, highways, or railroads through neighbourhoods (Trump cites Eisenhower’s massive highway building project) that causes so much resistance and thus delays, wasting huge amounts of time and money along the way.

There could be another direction. What if the government instead encouraged companies that are figuring out how to make electronic access available at low costs, rather than helping the big cellphone companies? What about investing in jitneys and flexible public transportation on the Uber model, rather than in trains or buses? Or, what about Hyperloop?

On a much simpler level, what about investing in the kind of asphalt, now being tested in Europe, that reduces road noise by up to 90 per cent, harvests kinetic energy and acts as a pollution sink, as well as giving serious incentives to electric cars, so that you could actually live right next to a highway?

I despair about the future of my country

On the level of getting all of this done, could there be some way that the government could listen to bottom-up and expert initiatives, like the cable cars that have sprouted across South America or the self-organising transportation systems that have cropped up all around the world, from ride shares in Europe to those jitneys in Africa?

And what about making commuters who choose to pollute our atmosphere and use our highways truly pay for the privilege by charging the kind of gasoline taxes that are common in the rest of the developed world? I doubt Trump has any interest in what to him I am sure sound like socialist plans.

At the same time, the lack of true vision about our infrastructure is evident on the state and local level. I have not encountered or heard of a single candidate for any state-wide office who has offered any of the ideas above (all of which are not mine, but have been hashed out and mulled over by experts in the field for at least a decade), nor even made the fact that our human-made world is falling apart around us part of their platform. I hope I am wrong (there were many people running for office in this last election).

I despair about the future of my country for many reasons after these elections. In the end, the threat of social divisiveness and the victory of climate change deniers are more serious issues that fixing bridges and railroads.

At least most of us will survive the physical decline of this country. We will just live in a diminished, less connected and therefore ever poorer country. Whether we – and the rest of the world – can survive its environmental and social decline is another matter.

Aaron Betsky is dean of the Frank Lloyd Wright School of Architecture. A critic of art, architecture, and design, Betsky is the author of over a dozen books on those subjects, including a forthcoming survey of Modernism in architecture and design. He writes a twice-weekly blog for architectmagazine.com, Beyond Buildings. Trained as an architect and in the humanities at Yale University, Betsky was previously director of the Cincinnati Art Museum (2006-2014) and the Netherlands Architecture Institute (2001-2006), and Curator of Architecture and Design at the San Francisco Museum of Modern Art(1995-2001). In 2008, he also directed the 11th Venice International Biennale of Architecture