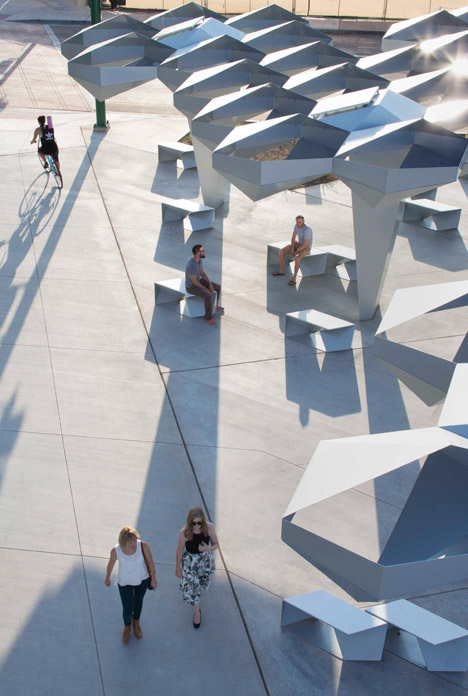 Boston studio Höweler + Yoon has stitched together steel modules to form a faceted canopy that shades an urban pocket park in the desert city of Phoenix, Arizona (+ slideshow).

Called Shadow Play, the powder-coated steel structure is composed of clusters of geometric modules that are thin but structurally rigid. The clusters – held up by vertical supports – block the intense daytime sun and create ever-changing shadows on the concrete pavers below.

“Shadows are like drawings,” said Eric Höweler, co-founder of Höweler + Yoon. “They draw dynamic patterns across the ground. Our canopy is meant to create variable geometric shadows across the site, while filtering out specific light during specific times of day.”

“We also wanted to encourage air flow, so the canopy is not solid. It’s made of discrete cells.”

The firm conducted initial studies using folded origami paper. Eventually we did structural optimisation studies to figure out a cost-effective way to span between supports and still give us the porous canopy that we were looking for,” said Höweler.

Photovoltaic panels are mounted to the top of the canopy, with each module oriented to capture sunlight. Power generated by the solar panels is stored in batteries and used at night to illuminate the structure.

The firm designed metal benches utilising the same basic geometry as the parasols. Trees and landscaping have also been added to the publicly funded park, which was inaugurated in July during a ceremony attended by city officials and community leaders.

“[The] opening day was 108 degrees fahrenheit,” noted Höweler. “It was about 10 degrees cooler in the shade.”

The small, triangular park is bordered by streets in the Roosevelt Row Arts District, an area undergoing a construction boom, according to local reports. The project is part of a larger improvement scheme intended to beautify the district and make it safer for pedestrians, cyclists and drivers.

“By transforming a traffic median into a public space, Shadow Play fosters pedestrian life and improves the downtown Phoenix streetscape,” said the firm.

Höweler + Yoon was founded in 2005 by architects J Meejin Yoon and Eric Höweler. Other projects by the studio include a glow-in-the-dark swing set in Boston and a house in Virginia composed of stacked blocks. 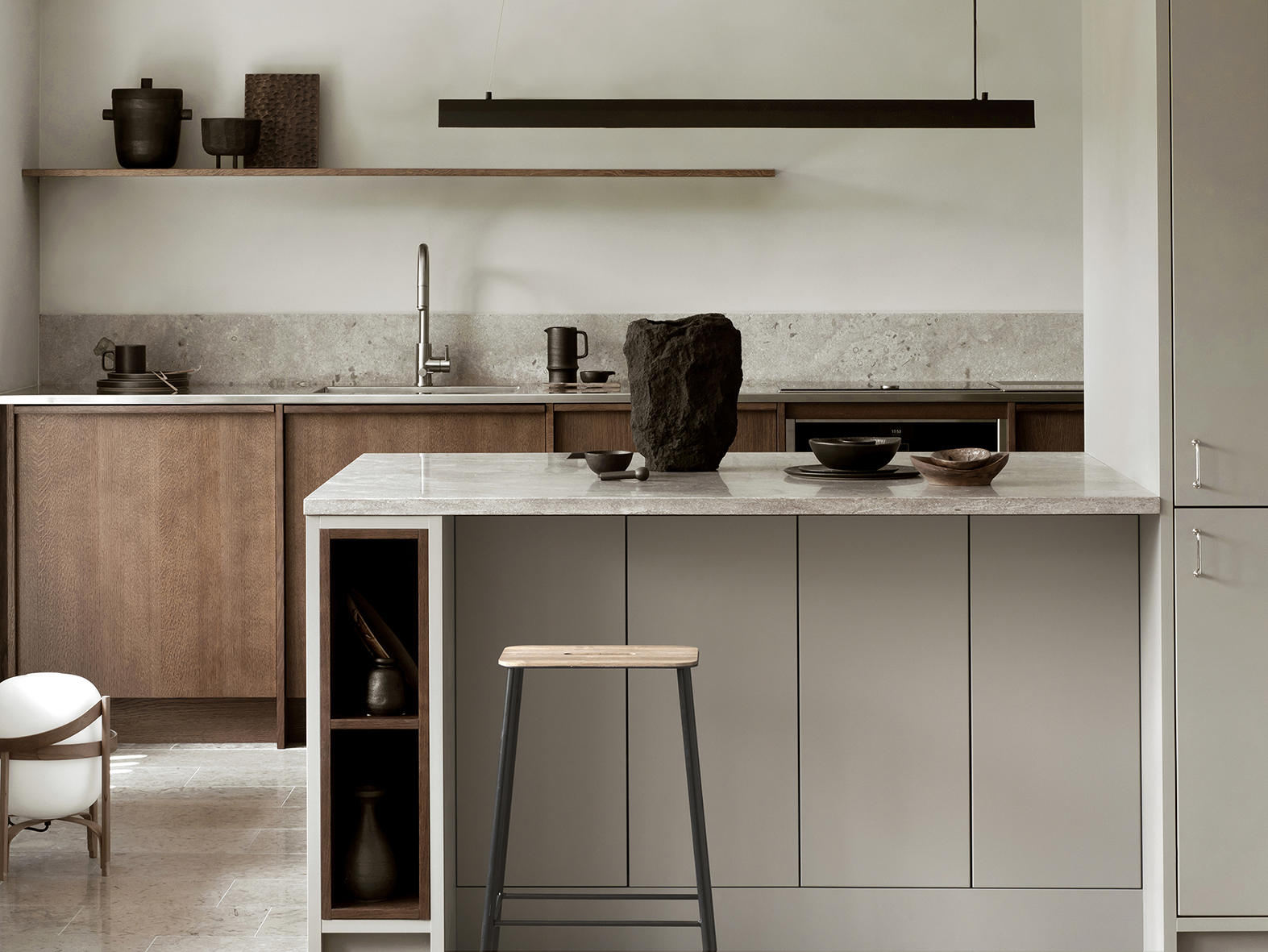