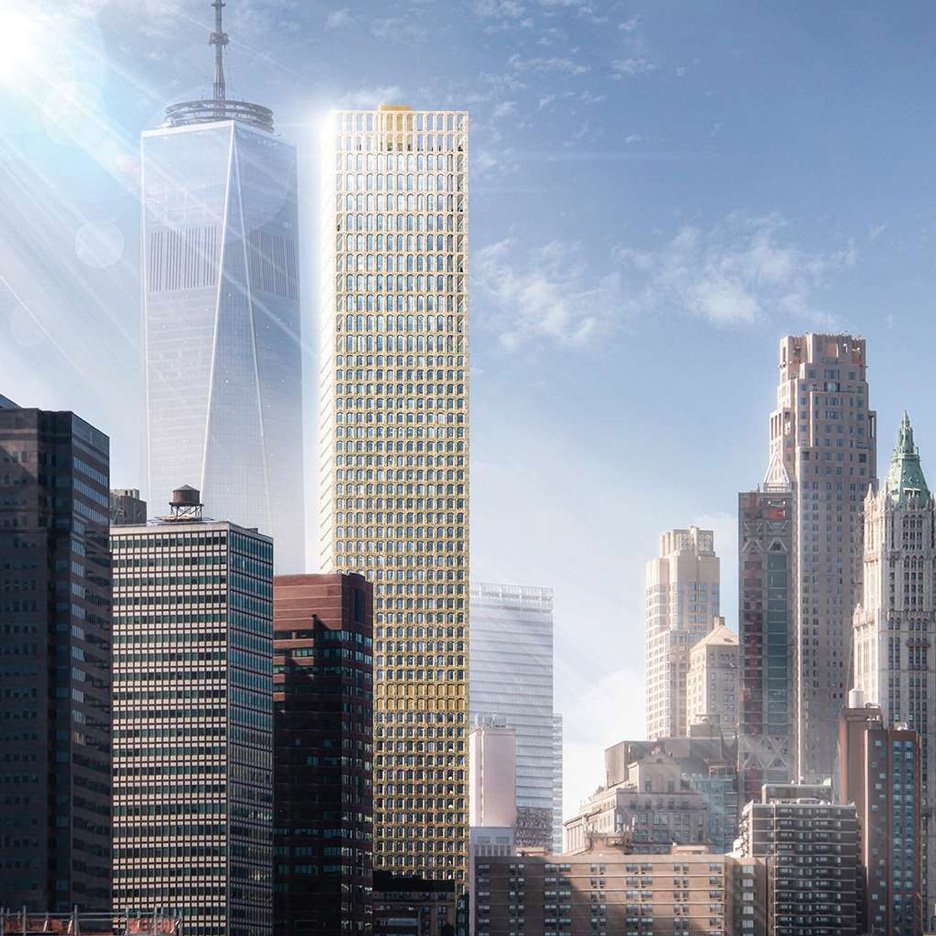 Renderings have emerged of The Wall Street Tower, a 61-storey skyscraper designed by British architect David Adjaye for Downtown Manhattan.

The residential tower will be the recently knighted architect’s first skyscraper in New York City, and include 244 luxury condominiums.

Adjaye designed the project for the Lightstone Group, which published the images on a dedicated website that was discovered by The Real Deal, before being quickly taken down.

The building will rise 750 feet (229 metres) at 130 William Street in the Financial District – close to other high-end developments like Frank Gehry’s shimmering New York by Gehry tower.

Renderings show golden facades punctured by arched windows, which increase in height up the building’s sides.

Other amenities are set to include a sports court, a swimming pool, lounges and gardens – all with sweeping views of the city and beyond.

Adjaye completed his first project in New York – the Sugar Hill affordable housing for Harlem – in 2014. A children’s art museum has since opened in its lower floors.

The Tanzania-born architect’s US breakthrough was through work on the National Museum of African American History and Culture in Washington DC, which opened earlier this year and led to his inclusion in Time magazine’s list of 2017’s 100 most influential people.

He ranked at number 41 on the inaugural Dezeen Hot List – our own countdown of important names in architecture and design, generated by audience statistics.