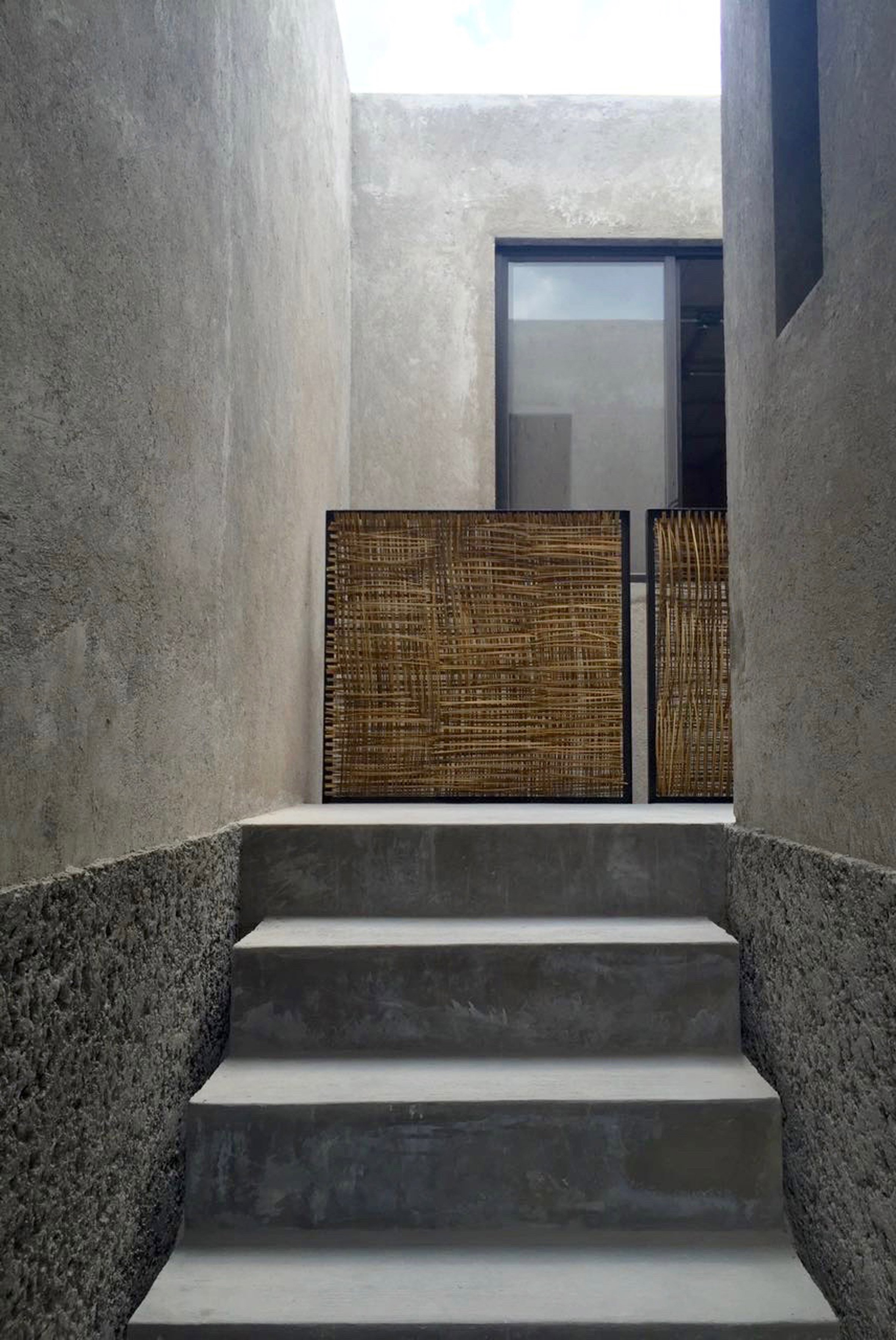 Now housing a combined residence and workspace, the building was originally erected in the 1980s and was in need of repairs.

Rather than tearing down the 160-square-metre building, the architects opted to renovate it. “The building was revitalised from a state of deterioration,” said the firm.

“The main challenge was to do more with less,” they explained. “The architectural scheme extends a studio space on the ground floor, separately forming an apartment on the first floor.”

The compact property is punctuated with courtyards in several locations, which bring greenery into the home and allow for cross-ventilation.

Visitors enter through a small outdoor space to the south of the building, which leads to the home’s public areas. The ground floor is reserved for the resident’s work spaces, where private offices as well as larger rooms for meetings are laid out.

Living quarters are located above, accessed by exterior staircases at either extremity of the long, narrow house.

On the first storey, the architects included two bedrooms. The master suite occupies the north side of the property, and contains its own bathroom. Another smaller bedroom faces south and enjoys a private balcony.

Between the two spaces, an open-plan kitchen, living and dining room looks out onto the home’s back yard. The ceiling is higher here than in other parts of the house, which gives it a roomier feel.

The architects had limited resources for this project, which meant that they could only use basic construction techniques. The home is built of a simple concrete frame, with walls filled in with masonry blocks.

“Keeping with the tight budget, exposed materials form the character of the dwelling,” said the firm. “The material contrast displayed works as a whole”.

Exposed brick and concrete walls are visible throughout the property. This material palette is contrasted by built-in furniture, which is made of a light-hued wood.

Mexico is currently enjoying a boom in design. Mexico City has been named World Design Capital for 2018, and Guadalajara is emerging as a hub for young architects.

Houses that have recently completed in the country include a weathering-steel home raised on a concrete plinth in Tijuana and a minimalist residence in Monterrey.