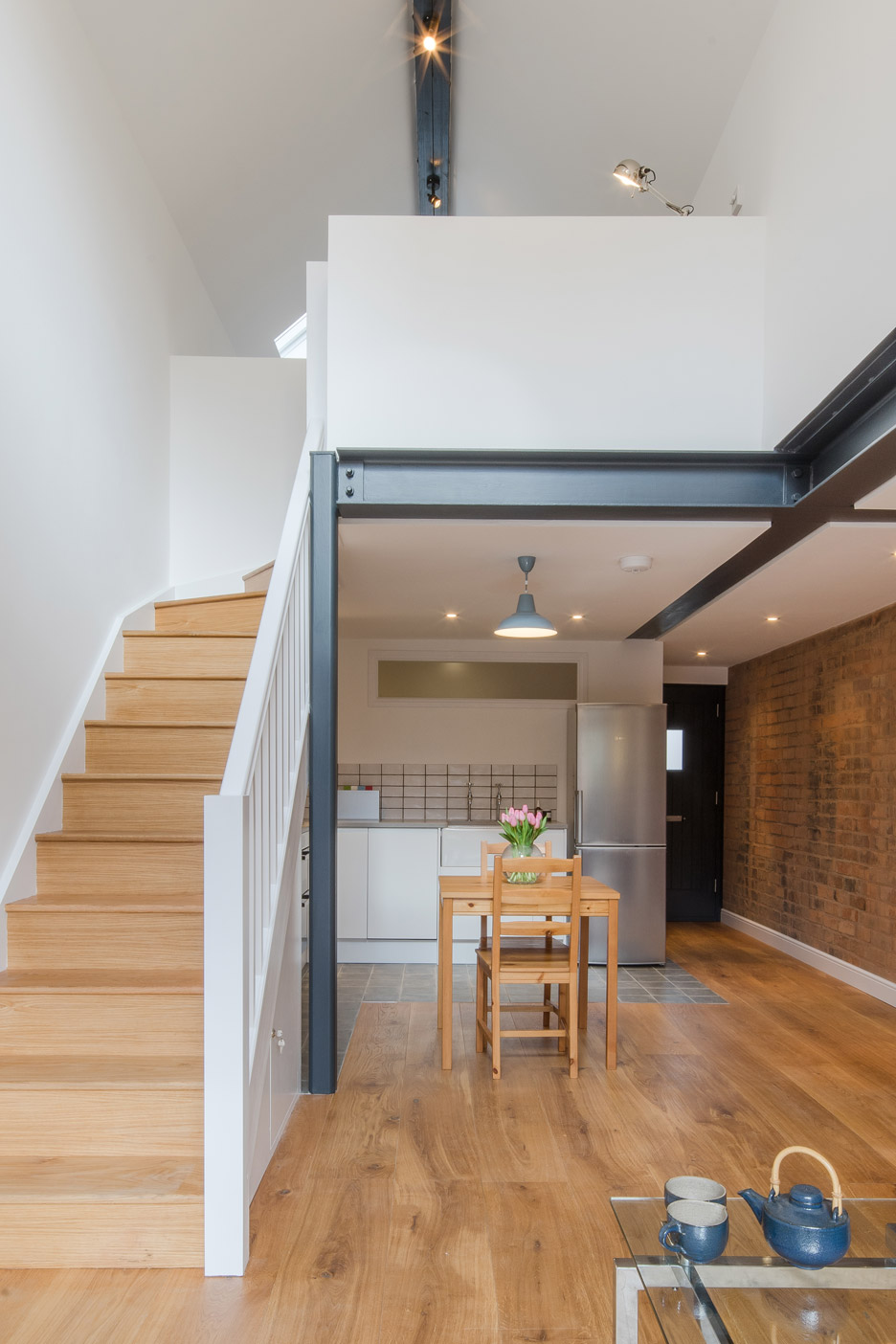 UK studio Intervention Architecture has converted and extended a dilapidated Victorian coach house near Birmingham, England, to create a live-work space for a writer.

The local studio transformed the outbuilding in Moseley to create the home for a writer who wanted a flexible space with plenty of light for living and working.

“The writer’s main aim was to convert the disused outbuilding into a habitable studio, create greater access to natural light internally and to utilise the full height of the space,” studio founder Anna Parker told Dezeen.

The architects created a double-height lounge to maximise light and added a mezzanine floor for a bedroom-cum-study, which makes the most of the height of the space without obstructing light and views.

An arched timber window created on the second level of the rear elevation provides a view for the writer when working from the desk. A second window is located above the bed.

“A mezzanine level has been created to allow for an elevated desk view out to the secluded garden at the rear, in addition to allowing the area to remain open to the double-height central void and connected to the lower level living spaces,” explained Parker.

On the ground floor, the rear of the property was extended to form an open-plan kitchen, dining room and the lounge area, which is lit further by a skylight and glazed doors that lead to the garden.

As a reference to the history of the structure, the brick wall that connects the former coach house to the main property has been left exposed. The structural beam that supports the mezzanine is also visible and frames the lounge.

“The main structural elements are also exposed, to create further openness of the tectonic components within the space balanced with clear wall spaces to enhance the potential for writing inspiration,” explained Parker.

To maintain the same aesthetic as the surrounding properties, the architects used red bricks from the demolition of a nearby house for the extension.

Oak flooring was chosen for the lounge and dining spaces. The bathroom, located at the front of the property, features porcelain floor tiles and grey quartz worktops, matching the kitchen.

Other projects that incorporate spaces for both living and working include Sadie Snelson’s conversion of a London warehouse into a photographer’s home and studio and American studio CHA:COL’s design for a live-work space for two visual artists in Los Angeles.

Photography is by Paul Miller.