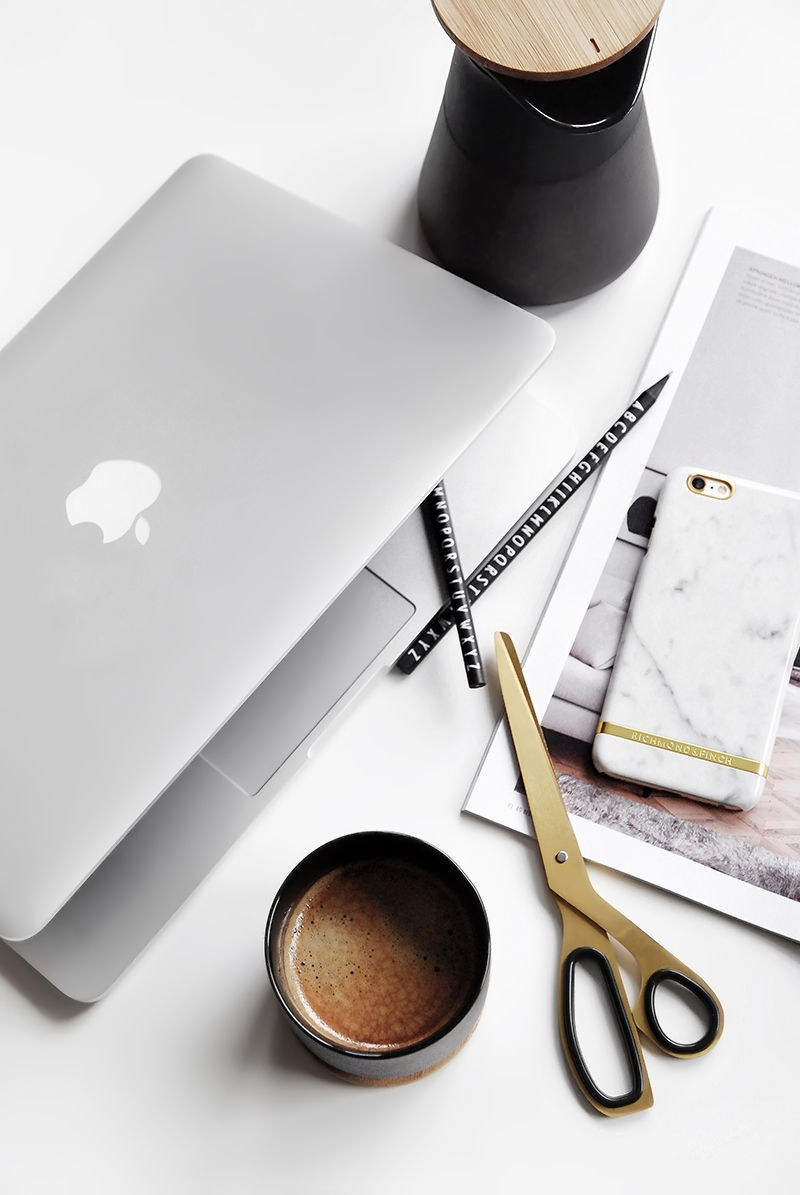 Ad // Sponsored post in collaboration with Ellos. All opinions are my own.
It is Valentines day today and even though I am not a super fan of the holiday, I am always up for a any excuse to make brownies and take out the new tableware and cutlery. While at the Oslo Design Fair I stopped by Bloomingville’s exhibition where immediately  a set of handmade ceramic tableware caught my eye. The line Sandrine (the plates and cups I used)  can be found at Ellos Home (among with an array of other Bloomingville designs) as well as the black cutlery I combined them with. I would have loved to get some anemones for the day (or any day as they are among my favorite flowers), however I did not find any so that tradition for the day will remain unfulfilled. There is plenty of chocolate though, a homemade brownie (I spoiled the surprise with the recipe in this post a few weeks ago ) and delicious chocolates from Chokladefabriken that I brought from Stockholm. We chose to spend the morning in bed, enjoying a cup of coffee after we prepared the brownies with the ice cream with chocolate upon chocolate. If anything, the day calls for it ;)
His…
And hers…

A good idea if you prefer enjoying a more toned down version of the day, is of course to light a candle or burn some incense. I bought a candle just for today while in Stockholm, and I avoided burning it until this very morning. This way it feels a little bit more special even if it something that can be done at any day of the week. I also bought the most beautiful brass incense holder , as seen below, but burning both can be overwhelming, so best to chose either one or the other.