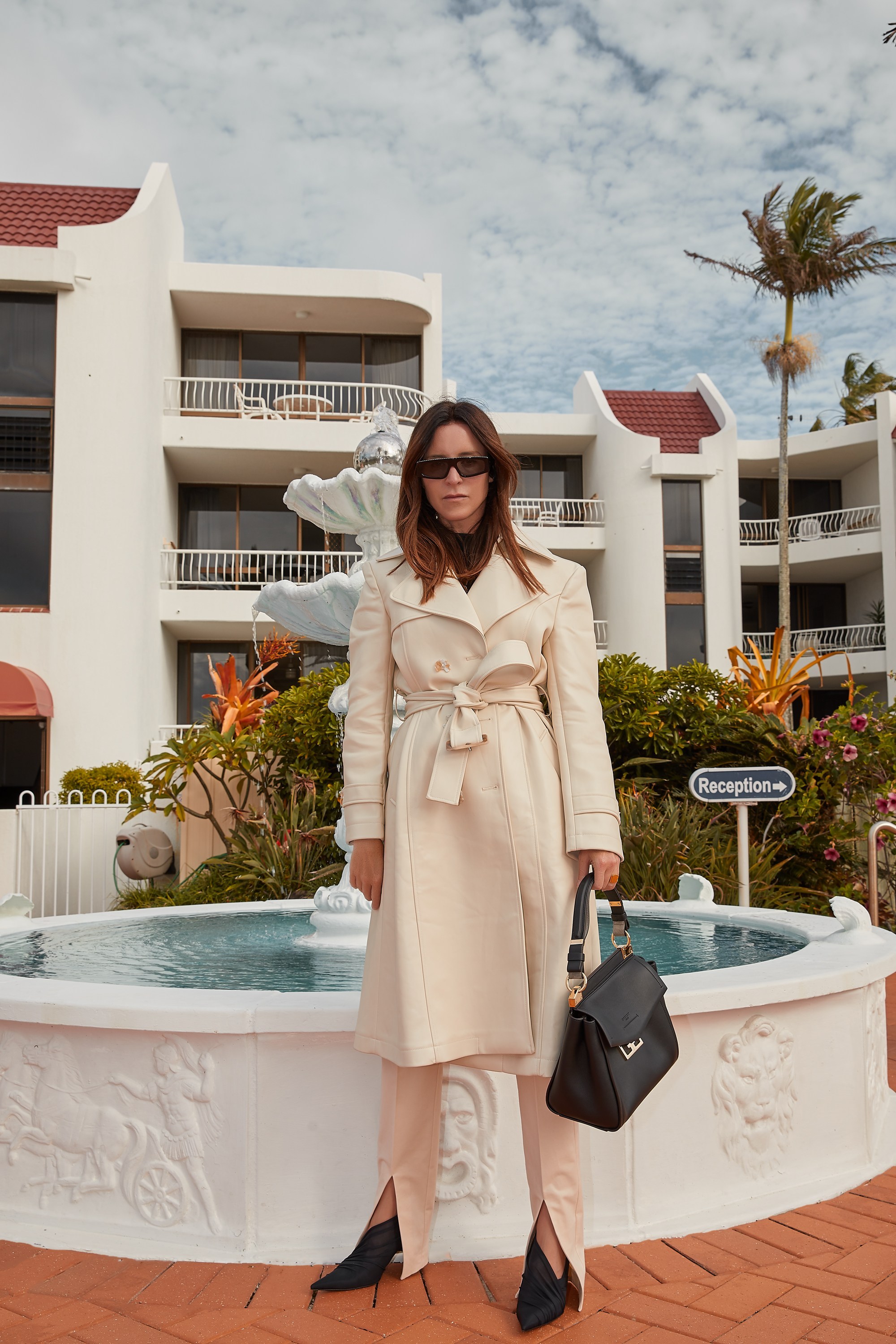 Givenchy Pre-Fall 2019 was a something of a minimalists dream… A collection built upon the foundation of making an elegant statement, but without excess or surplus. Each piece perfectly considered and beautifully balanced. For this collection Clare Wight Keller drew inspiration from Greek Mythology and in particular the story of Icarus, a pairing that may not seem likely at first, but as she states ‘myths and stories that give meaning and meaning to the things that happen in our lives’.

IIcarus is the cautionary tale of an imprisoned man who escapes his confines with wings made of wax and feathers, ignoring the warnings from his father Icarus flies too close to the sun and falls into the the ocean. If I think back to my high school critical thinking skills, the story of Icarus teaches us to find balance and not give in to ones ego (my Ancient History teacher would be very proud of me right now). I feel as though there is one piece in the collection that embodies the moral of this story it is The Mystic Bag, a statement piece yes, but one that highlights Clare Wight Kellers knack for powerful subtlety.

In a time when statement branding is all around us, The Mystic Bag stands out for different reasons, with its almost hidden hardware and sophisticated elegance, Givenchy has created its own ‘mysterious Aura’, all in the form of a soft and dreamy piece that has already reached icon status.

Coincidentally, there is a song by Van Morrison titled ‘Into the Mystic’ which has always been a favourite of mine (don’t let me loose in a karaoke bar or you will be hearing all about it). Morrison once said ‘I guess the song is just about being part of the universe’, which seems to tie in perfectly with the story Clare Wight Keller is telling with her Pre-Fall collection – The story of the world she sees around her.

I never thought I would write a post encompassing Givenchy, Greek Mythology and Van Morrison all in one but here we are, all part of the same universe… And any universe that features Miss Kellers artistry is one I’m happy to reside in… x

The post Into The Mystic appeared first on Oracle Fox.