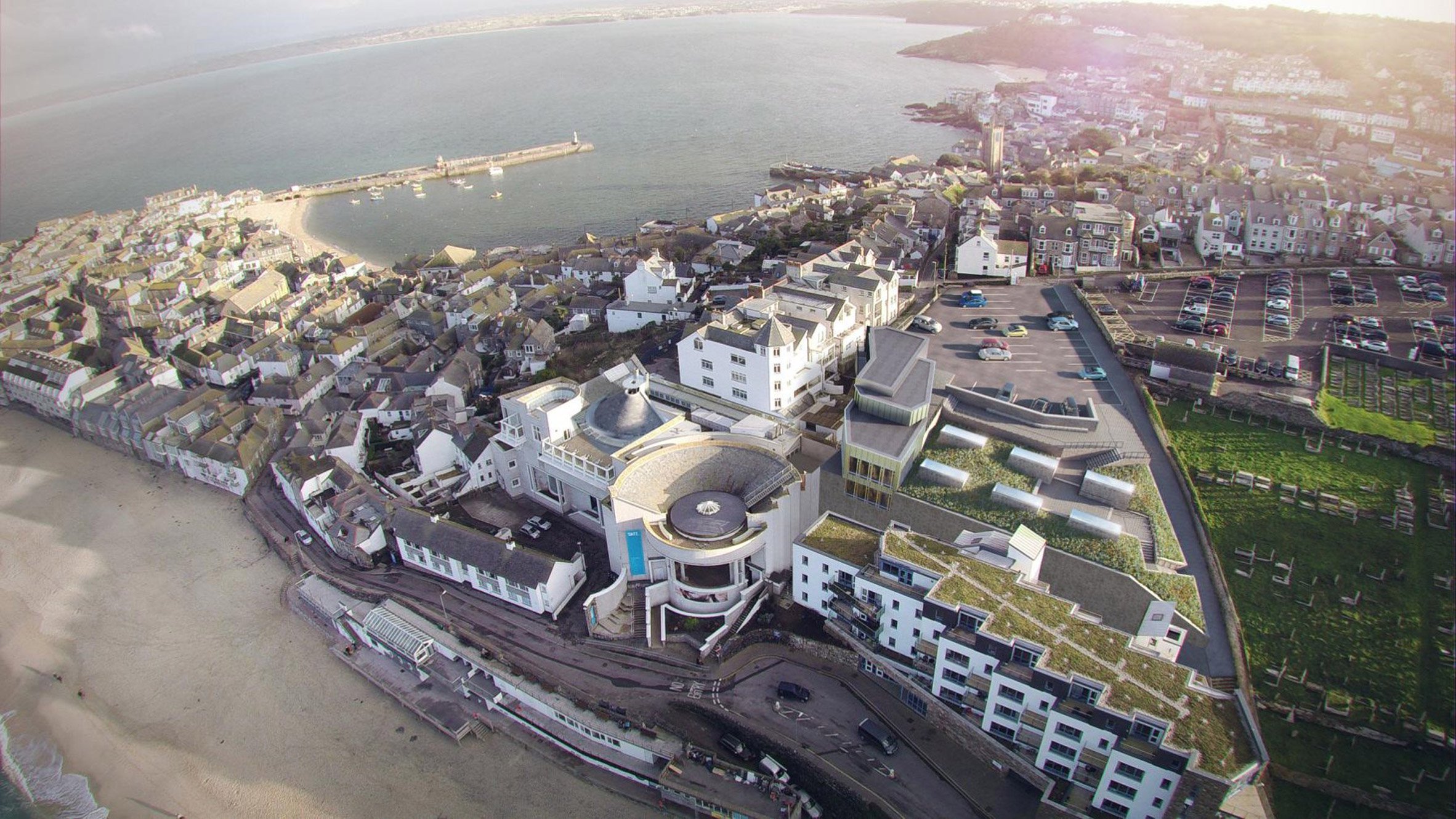 Work is almost complete on a sunken extension to the Tate‘s seaside art gallery in St Ives, Cornwall, which is set to open to the public later this year.

The extension by Jamie Fobert Architects will double the size of Tate St Ives gallery, which overlooks the Atlantic sea from a cliff in Cornwall, southwest England.

The aim of the project is to provide extra space to host seasonal exhibitions alongside permanent collections. It will also enable the gallery to stay open all year round without the need to close while exhibitions change.

The London-based studio chose to sink the new 483-square-metre gallery into the hillside beside the existing building to ensure it doesn’t block views down to the sea from nearby housing.

An additional four-storey building slotted between the existing gallery and the new build will host workshops, a loading bay, staff offices and visitor facilities.

The sides of this structure will be chamfered, while the top two levels will be staggered to so as not to obstruct views from existing residences. Blue and green glazed ceramic tiles used to clad the building are intended to reflect the changing colours of the sky and sea.

To ensure the galleries are well lit, the building will be topped by six “room-sized” skylights measuring three by five metres, and rising three and a half metres from the roof.

The skylights will be angled to take advantage of the warmer-toned southern light, which will then be filtered through the ceiling beams.

“The light chambers are actually slightly tilted to the south so they capture southern light, which has a much warmer colour base than northern light,” explained Fobert during a press conference at the Tate Britain gallery in London earlier today.

“We capture the southern light on a very weak angle but because they are three and a half metres deep, the light within them is always indirect,” he continued.

“There’s an area on the floor which has quite a bit of light intensity but because none of that light intensity falls onto the walls there’s this very limited, very controlled amount of daylight on the walls.”

A public garden on the roof of the new gallery will provide a pathway down from the car park to the beach, as an alternative to the existing steep ramp.

“One of the things we wanted to do was allow the rooftop to have a much gentler route,” said Fobert. “At the top, this is a viewing platform, which is also has disabled access from the car park with views out to the sea.”

“The experience of the garden is part of the town and probably most people using it will have no idea that they are on top of the gallery.”

Inside, the column-free gallery space will he partitioned into up to six spaces, with blackout blinds incorporated to block the windows for light-sensitive displays. The new and old parts of the building will be connected by a single door.

As part of the project, the architects of the original Tate St Ives building, London firm Evans and Shalev, has returned to renovate the existing gallery spaces, which were completed in the early 1990s.

These will host the permanent collection featuring work by British artists with ties to the local area and have are already open to the public, while the new gallery is set to open on 14 October 2017.

Fobert established his London studio in 1996. Other projects by the architect include a proposal for London’s housing crisis, a townhouse with handmade bricks and bronze panelling and a residence featuring pale brick walls and a sunken concrete floor.

Dilapidated social housing was cleared to make way for the Tate St Ives extension, and a new scheme designed by St Ives-based firm Poynton Bradbury Wynter Cole has taken its place. The housing is set on the lower level of the cliff just below the new exhibition building.

Tate St Ive’s sister gallery, the Tate Modern, made headlines last week for its recent Herzog & de Meuron extension as residents of a neighbouring Rogers Stirk Harbour apartments block mounted a legal challenge to force the gallery to close part of a viewing platform facing directly into their homes. 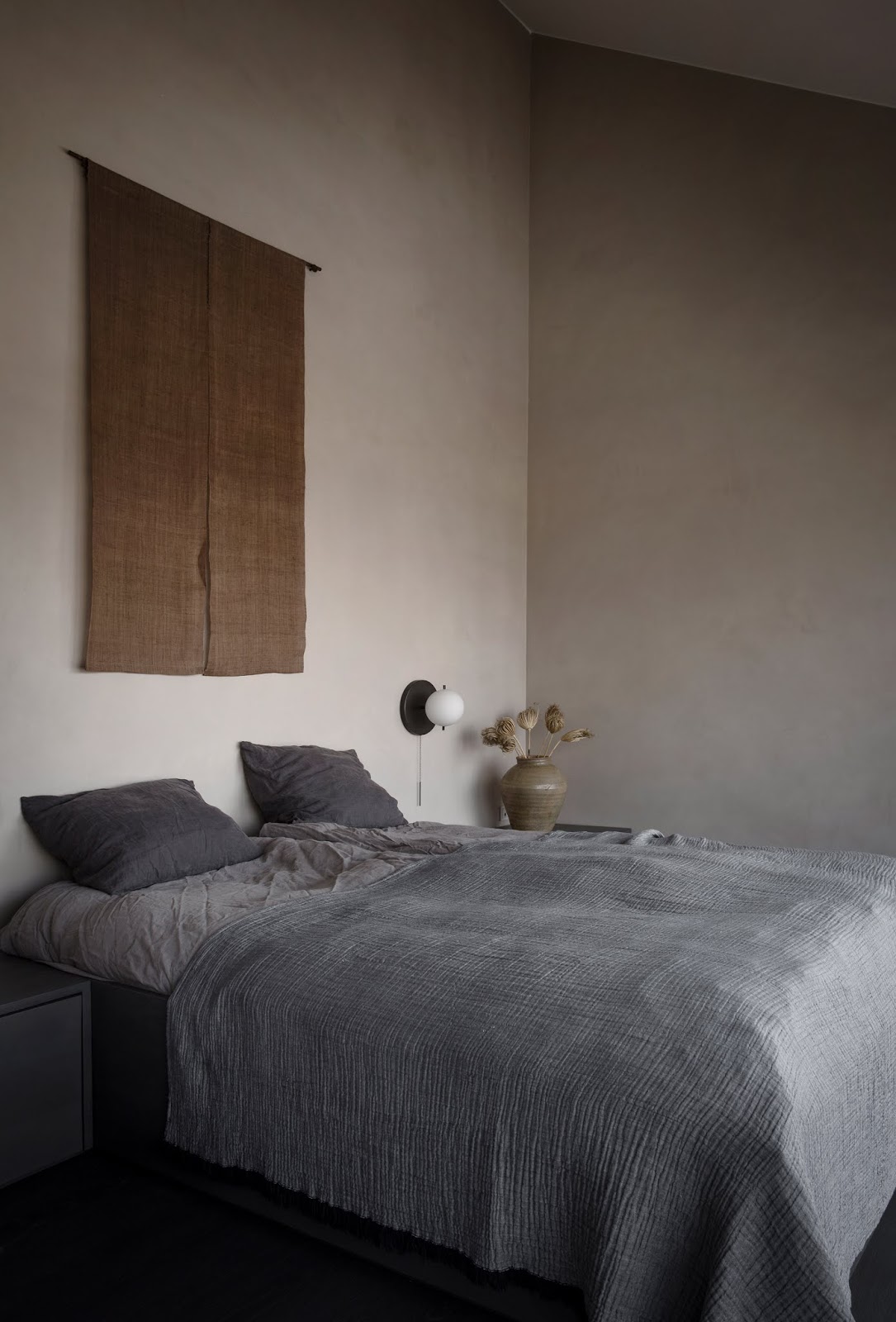