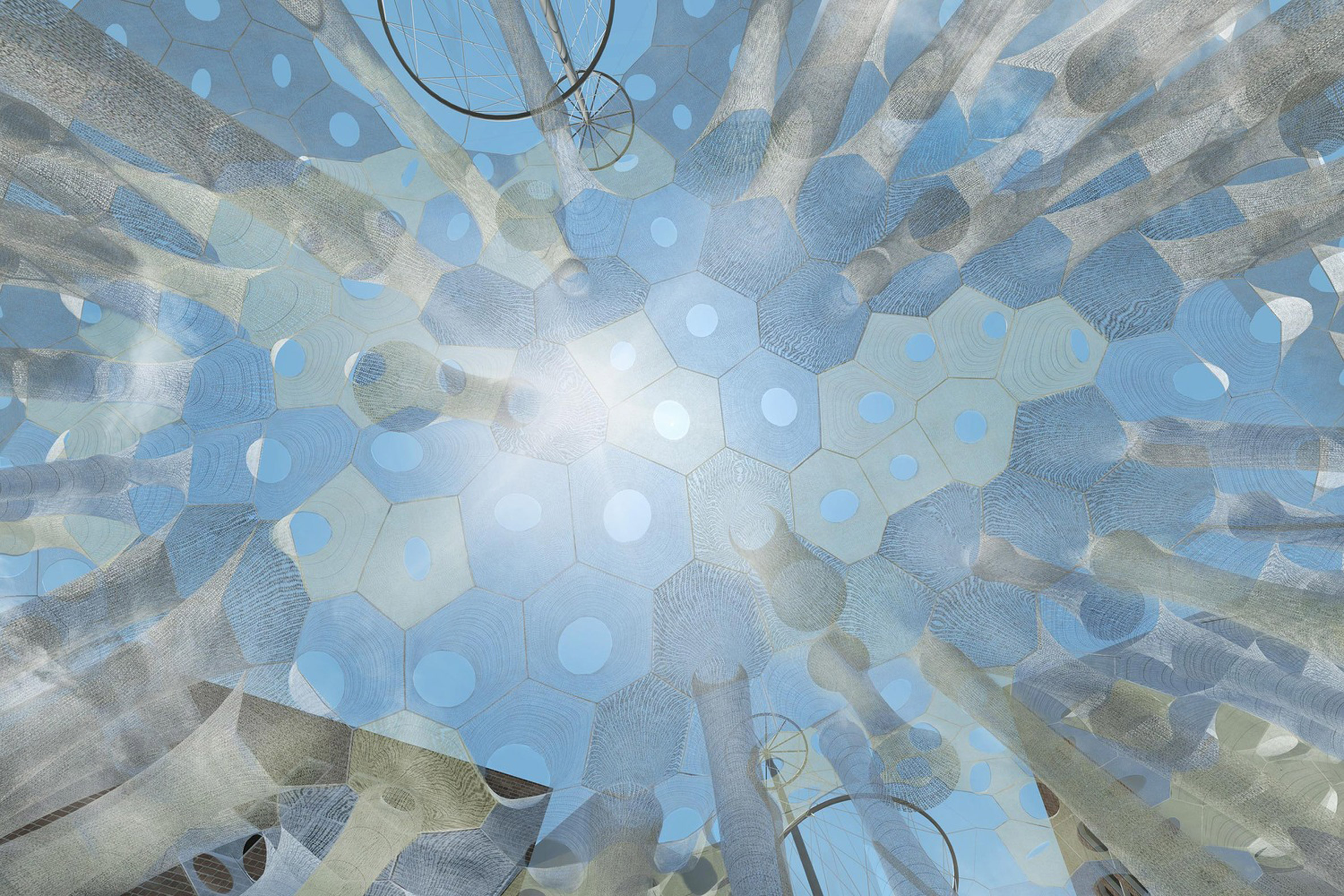 The project named Lumen will be installed in the courtyard of New York gallery MoMA PS1 at the end of June and remain in place throughout the summer to host the gallery’s Warm Up music series.

Responding to a brief to create a sustainable shelter, Sabin has developed a canopy made from recycled photoluminescent textiles that will collect solar energy to produce light.

The shelter will be supported by tubular structures made from a lightweight knitted fabric. These “fabric stalactites” will also host a misting system to cool off visitors taking refuge from the sun.

“With innovative construction and design processes borne from a critical merging of technology and nature to precise attention to detail at every scale, Lumen will no doubt engage visitors from day to night in a series of graduated environments and experiences,” he added.

Lumen will open in the courtyard of MoMA PS1 in Long Island City on 29 June 2017, alongside an exhibition of projects from runners up in the competition.

Now in its 18th edition, the annual Young Architects Program (YAP) for emerging architects is organised by MoMA PS1 with the Architecture and Design Department at MoMA.

Previous installations for the YAP include a cluster of circular towers built from bricks grown from corn stalks and mushrooms and a web of brightly hued rope.

In addition, MoMA and MoMA PS1 team up with overseas institutions to host an international version of the Young Architects Program. They have partnered with the National Museum of XXI Century Arts (MAXXI) in Rome, CONSTRUCTO in Santiago, Istanbul Modern in Istanbul and MMCA in Seoul.