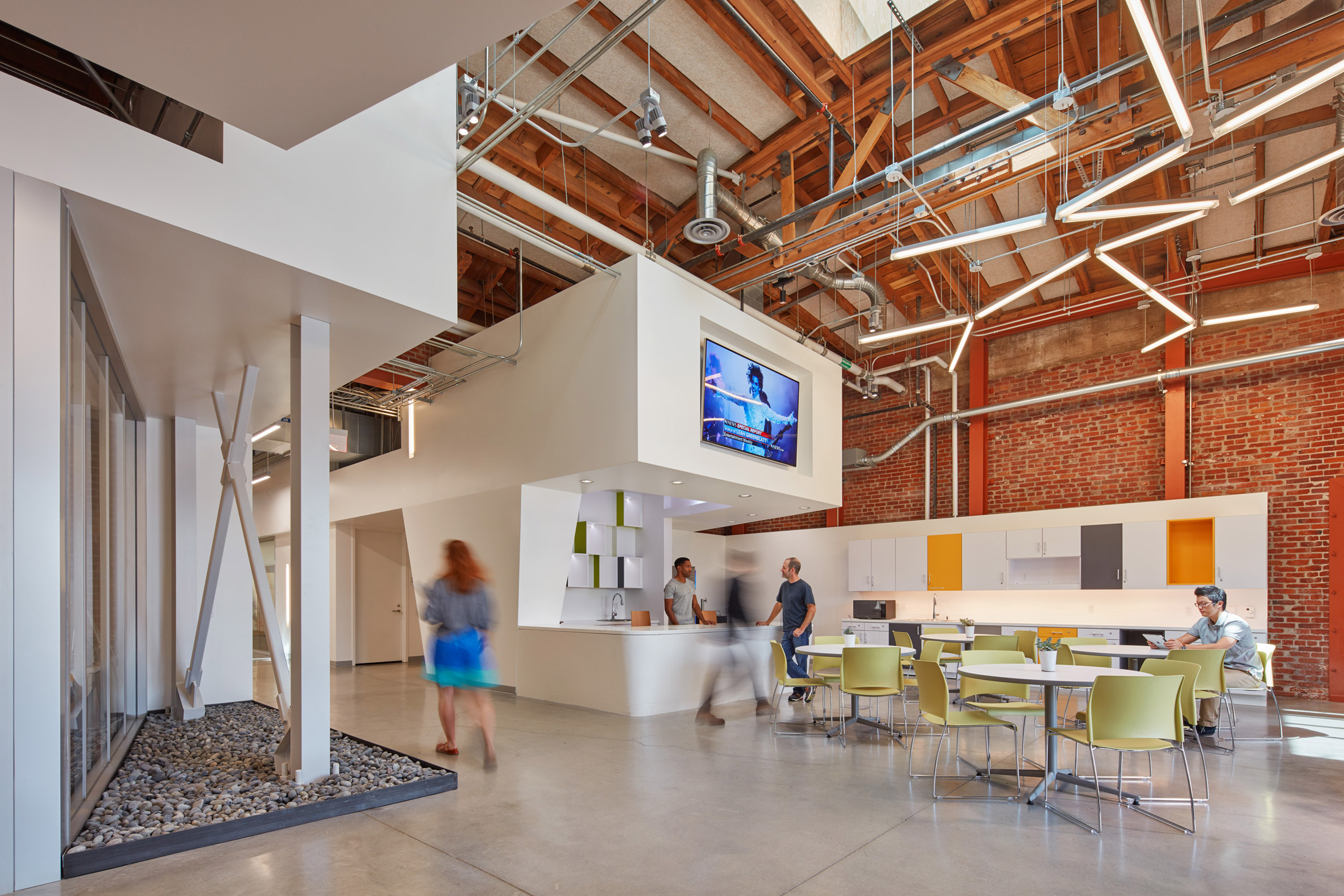 Sculptural light chutes and a vibrant living wall are among the features at this adaptive reuse project by American firm JFAK Architects, for environment-focused companies in Los Angeles.

The La Krez Innovation Campus – also known as the Los Angeles Cleantech Incubator – is located in the city’s Arts District and occupies an old warehouse.

Tenants include ride-share service Lyft, Arid Lands Institute, River LA and a local chapter of the US Green Building Council.

The goal of the facility is to “foster innovations that advance LA’s green economies within the framework of an unusual public-private coalition”, said John Friedman Alice Kimm Architects, or JFAK Architects, a local studio founded in 1996.

Creating a flexible environment that encourages collaboration was a guiding factor for the design team. “An open circulation loop supports a village concept and connects the existing eight, bowstring truss warehouse bays,” the studio said.

“The constant buzz of shared activity and knowledge gives rise to constant innovation and activism.”

The team left structural elements and ductwork exposed, lending an industrial atmosphere to the space. This simple backdrop is paired with “unexpected moments” such as angular forms, skylight funnels and a green wall in the lobby.

The team incorporated a range of work areas, from open and semi-enclosed zones to private rooms.

The main event area, dubbed the village square, can accommodate up to 120 people. Wood flooring and bleachers define the space.

The facility has a number of sustainable elements, including greywater filtration, a microgrid power system, operable windows and drought-tolerant landscaping.

The campus offers bike storage and charging stations for electric vehicles. A parking canopy is topped with photovoltaic panels.

“This new campus sets a high standard for urban revitalisation while promoting innovation, community and leadership across disciplines,” the team said.

Other incubator projects in the US include the Pennovation Center by Hollwich Kushner, which entailed the conversion of an old paint factory into a workspace for entrepreneurs and researchers, and a hub for tech entrepreneurs at a warehouse in Brooklyn.