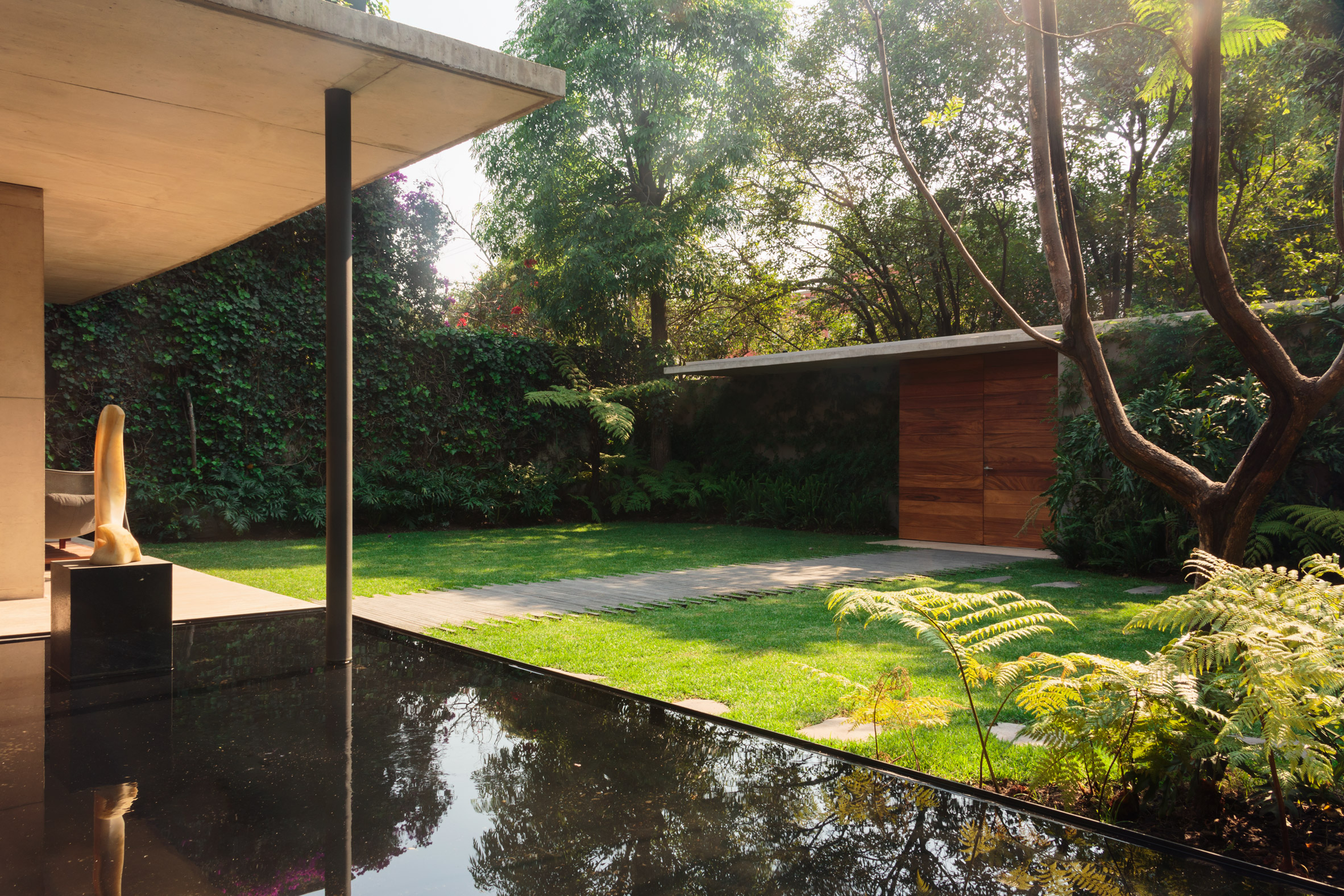 This home surrounded by lush greenery in Mexico City pays homage to the aesthetics of modernism, and includes raw materials such as volcanic stone, exposed concrete and steel columns.

Casa Sierra Fría is a four-bedroom residence located in the western portion of the Mexican capital, in a neighbourhood known as Lomas de Chapultepec. It was completed in April 2016 by local architect José Juan Rivera Río and his studio JJRR/Arquitectura.

“The style and materials of this house refer to the architecture of the 1960s, developed in the south of Mexico City in Jardines del Pedregal, where the soil is primarily volcanic rock,” said the firm.

The home is surrounded by a verdant garden that can be accessed through multiple openings. “Direct access to the outside, either terraces or gardens, causes transparency through the house, creating ambiguous intersections between interior and exterior,” JJRR/Arquitectura said.

A thin concrete structure supported by steel columns directs visitors towards a double-height lobby. The entrance is also marked by a shallow water fountain and a monolithic volcanic stone wall.

The lobby acts as a hub for the home’s social spaces. It is connected to the main living room, which extends to an exterior gathering space under the concrete awning.

A smaller, private study was also included, and sits beside the dining table. Sliding glass doors allow the residents to open their eating area to the garden outside.

The back of the home contains a large kitchen, which has access to a secondary outdoor dining table.

Four bedrooms, which each have their own dressing room and bathroom, are accommodated on the upper floor.The two larger bedrooms enjoy access to exterior terraces with abundant vegetation.

The material palette was chosen for its ability to acquire an interesting patina over time. “The house’s volcanic stone, concrete, steel and glass, are intended to have the lowest possible maintenance without losing sight of the good ageing of materials,” said the firm.

In addition to the exposed structural materials visible throughout the property, interior finishes include wooden floors, and built-in furniture that contrast the other mineral materials.

Other projects in the Mexican capital include the conversion of a derelict mansion into a mixed-use venue that includes offices and a co-working space, and an apartment building with angled walls and a colourful facade.

Photography is by Nasser Malek Hernández.