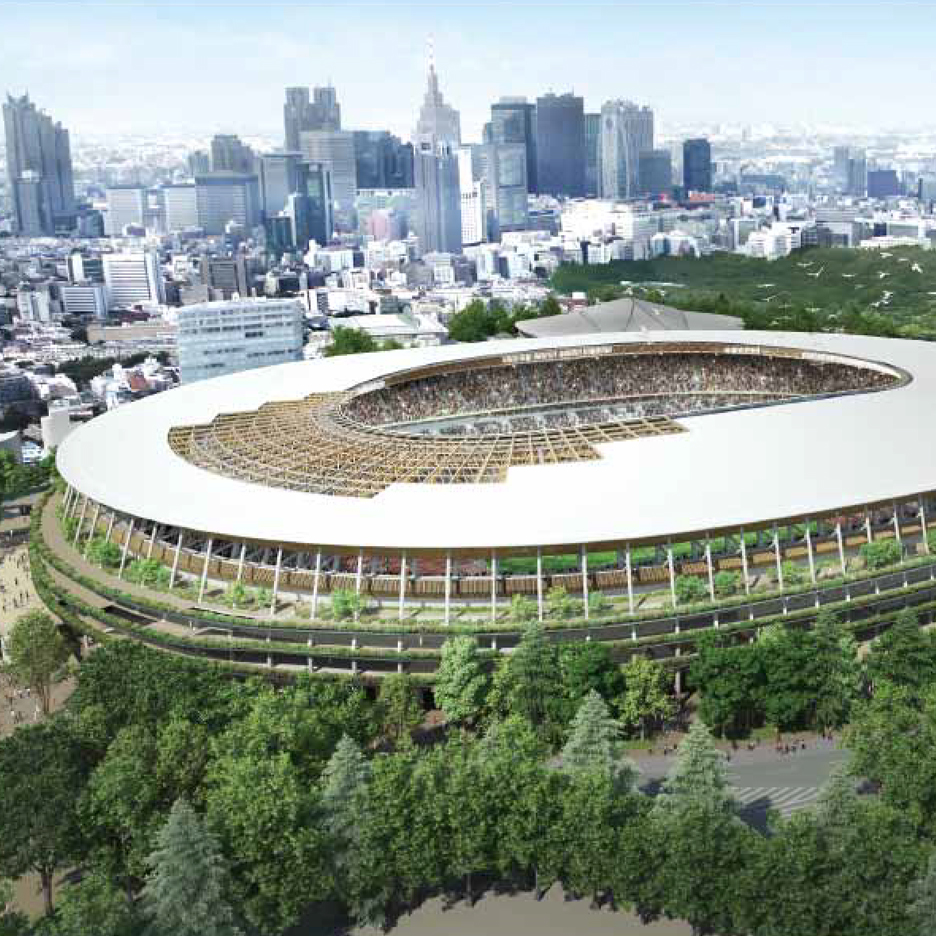 Kengo Kuma has rubbished claims by Zaha Hadid that his replacement design for her scrapped Tokyo Olympic stadium has “remarkable similarities”.

Speaking at a press conference earlier today, the Japanese architect refuted Hadid’s suggestion that his design has a similar shape and layout to her own proposal, which was dropped by the Japan Sports Council in a row over spiralling costs.

“I believe if you take a look at Zaha Hadid’s design and mine, you can see very different impressions of the building,” he said, according to The Japan Times.

He said it was inevitable that the two projects would share some basic characteristics, as both were driven by the need to give all 80,000 spectators a good view of the action, reports the paper.

Hadid was ousted from the job back in July, despite having worked on the design for over two years. Kuma was revealed to be taking over the project in December, ahead of a rival bid from fellow Japanese architect Toyo Ito.

Kuma said his scheme was different to Hadid’s in many ways. He compared her design to “a saddle” with the sides rising, and said he tried to make his as low and flat as possible to minimise both costs and the visual impact of the building.

Both Kuma and Ito were among a group of Japanese architects that campaigned against Hadid’s design, claiming it was both too big and too expensive. Speaking to Dezeen in late 2014, Hadid said they were hypocrites who “don’t want a foreigner to build in Tokyo for a national stadium”.

Kuma said he does not think Hadid’s nationality contributed to the decision to drop her from the project.

“However, I would like to say that I believe it is perhaps difficult for architects from other countries to work in Japan,” he said, because of the language barrier.

News also emerged yesterday that the Japan Sports Council is demanding Zaha Hadid Architects gives up the copyright for its competition-winning design.

Hadid has refused the request, which also asks the firm to agree to never discuss the project again. She has also accused Japanese authorities and architects of colluding against her.