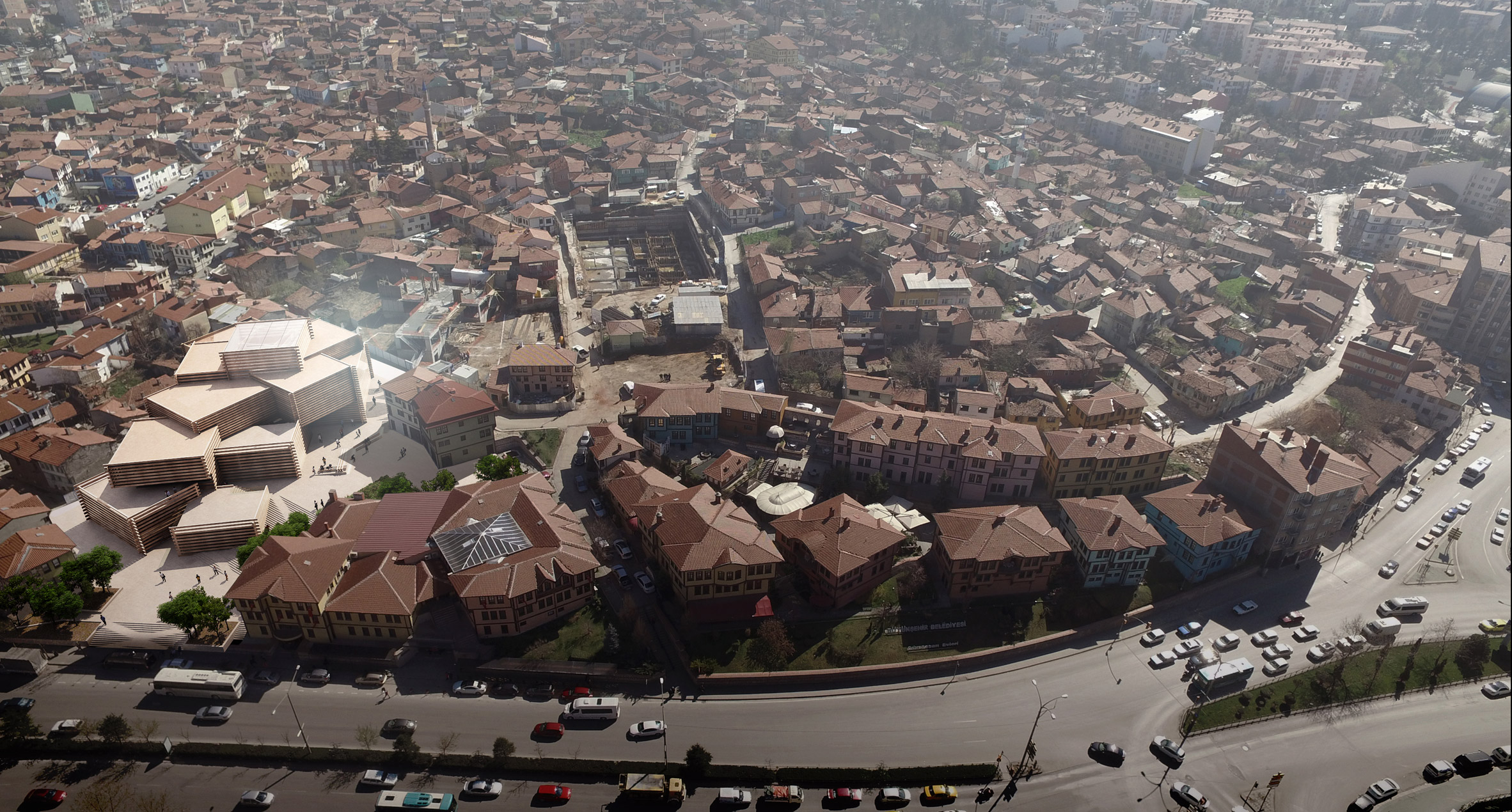 Kengo Kuma & Associates has revealed plans to create a modern art museum in a former wood market in Turkey, which will be made up of cluster of slatted timber blocks.

The Japanese studio led by Kengo Kuma is designing the Odunpazari Modern Art Museum to host a large collection of Turkish modern art in Eskishehr, a university town in the northwest of the country.

Kengo Kuma & Associates has proposed a volume made up of irregularly stacked boxes so that the building increases in height towards its centre.

The aim here is to respond to the style and scale of the surrounding traditional wooden Ottoman residences, which often feature slightly overhanging upper storeys.

Horizontal timber planks will clad each of the blocks to reference the history of its location in Odunpazari, an area that was once a wood market.

“Our design strategy is to make the volume in aggregation; stacking small boxes to create the urban scale architecture,” explained the studio.

“Stacked boxes at the street level are read in the scale of surrounding houses and it grows taller towards the centre of the museum to stand in the urbanscape that announces itself as new cultural landmark of the area.”

Each of the boxes will vary in size and be rotated in a different direction to create diverse scales of exhibition space, with more intimate art works placed in the smaller volumes toward the top of the building.

Four of the boxes will meet to form the skylit central atrium, which will connect each level and let natural light permeate the building. Openings between the wooden slats allow further light to enter the galleries.

The main entrance will occupy an opening on the lower level of one of the volumes facing an outdoor seating area. The different levels of the site surrounding the museum will also be landscaped with steps and ramps.

Kuma ranked at number five on the Dezeen Hot List of most-talked about architects and designers.

Other recent projects by the firm include the major expansion of the Portland Japanese Garden and the V&A museum in Dundee, which is nearing completion.