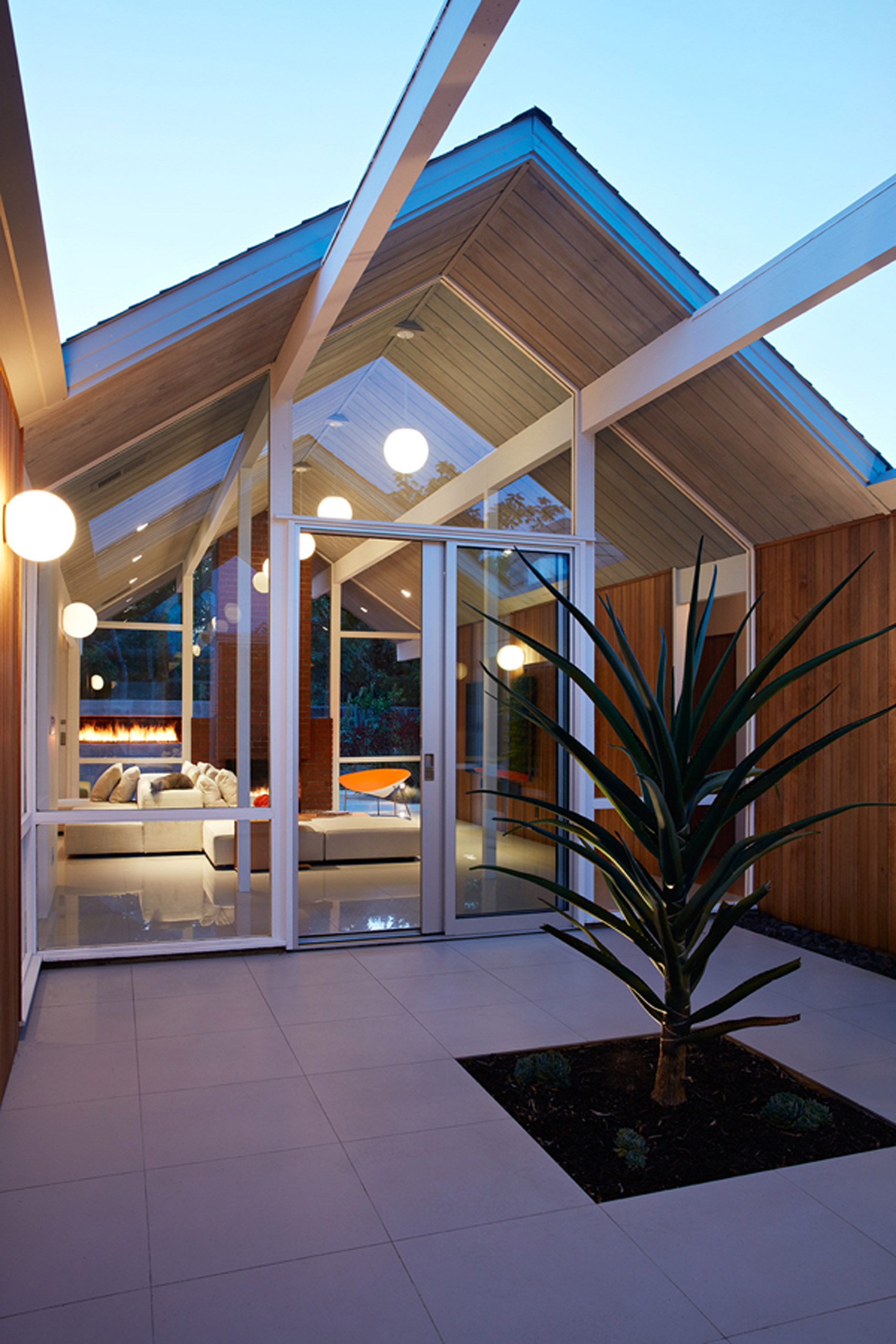 Built in the 1960s, the updated mid-century modern residence is located in the Silicon Valley town of Mountain View. It’s one of thousands of middle-class dwellings built by Eichler between 1949 and 1966 – homes often referred to as Eichlers.

Klopf Architecture, a San Francisco-based studio, has deep experience with the noted dwellings. “We have worked on over 100 Eichler homes, ranging from small remodels to complete guts and significant additions,” said John Klopf, the firm’s founding principal.

For this project – dubbed the Mountain View Double Gable Eichler Remodel – the architects were charged with removing barriers between the kitchen and great room and increasing the size of the master bathroom, among other layout changes.

“Everyone loved the classic, original bones of this house, but it was in need of a major face lift both inside and out,” the studio said.

Rectangular in plan, the residence encompasses 1,953 square feet (181 square metres) and contains three bedrooms and an office. The centre of the dwelling is topped with gabled roofs supported by wooden beams.

The team re-clad the ageing exterior with new siding made of Western red cedar – a material that was also used for the interiors.

A glass front door framed in yellow leads to a landscaped atrium. Occupying a corner of the courtyard is a small office, while the other sides have glazed walls that look into the main living zone.

The team created an open-plan kitchen, living room and dining area by removing partitions. They retained an original brick fireplace and installed cabinetry and an oversized island in the kitchen.

“There’s plenty of storage and space for the whole group to prep and cook together,” the architects said.

To enlarge the bedroom and bathroom, a master closet was removed and replaced with built-in wooden wardrobes.

Throughout the home, the team used walnut millwork to offset white walls, and grey porcelain tiles to draw connections to concrete floor slabs.

“The continuity of materials and space enhances the sense of flow,” the architects said.

Floor-to-ceiling glass enables natural light to fill the interior and provides a strong connection to the outdoors. The backyard features a terrace with a large, custom fireplace.

Other mid-century modern projects include the overhaul of a 1960s home in Seattle by MW Works, in which walls were knocked down and windows were added, and the restoration of the Julius Shulman Home and Studio in the Hollywood Hills by Lorcan O’Herlihy Architects.

Photography is by Mariko Reed