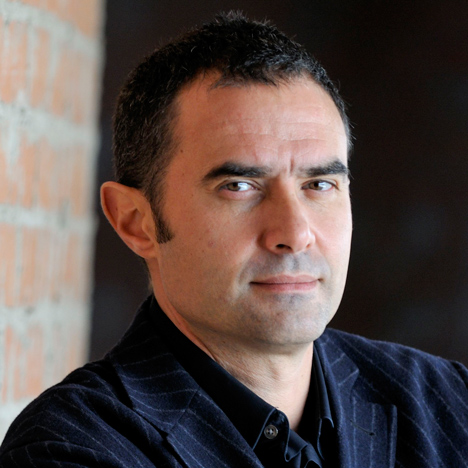 Rem Koolhaas has accused the president of Princeton University of making a “category error” by expecting former Princeton architecture dean Alejandro Zaera-Polo to include full academic citations in texts the Spanish architect wrote for the 2014 Venice Architecture Biennale.

Koolhaas, who curated the biennale, made the claim in an email to Princeton president Christopher Eisgruber on 30 September last year.

The email was sent three days before Zaera-Polo resigned as dean of the university’s architecture school amid rumours that his texts, prepared for the Facade section of the Elements of Architecture exhibition at the biennale and the accompanying catalogue, contained plagiarised material.

Koolhaas explained that the texts were written to be accessible to the general public and therefore did not need to contain the citations expected in an academic paper.

“The point from the beginning was to make a publications accessible to any reader,” Koolhaas wrote in the email, which was titled “letter from Rem Koolhaas in support of Alejandro Zaera-Polo”.

“The catalogue is intended as a polemic, not an academic document,” Koolhaas wrote. “Zaera-Polo also explicitly announced this at the beginning of his contribution.”

“As such, Princeton’s expectation of citations for Alejandro’s text – which was conceived, with us, as a polemical tale full of speculation – seems a category error.”

Koolhaas’ letter was issued today by Zaera-Polo as part of an effort to to counter “demonstrably false” rumours that the texts he wrote for the biennale contained stolen material.

The letter was published along with a statement in which the Spanish architect explained the background to his resignation, which he said was requested by Eisgruber.

“My sudden departure as Dean was requested by President Eisgruber following my acknowledgement that I had removed all citations from my contribution to the publication accompanying the Exhibition Elements of Architecture at the Venice Biennale 2014,” Zaera-Polo wrote in his statement.

“While I acknowledge that my actions were unorthodox in an academic setting, I do not believe that I have breached any moral, ethical, or other applicable standards,” he wrote, adding that the aim was to make the texts accessible to a broad audience.

“I believe that the best education today is delivered through research and a direct engagement with the outside – with the industry, the community or the public at large – rather than through a retreat into a self-referential system which does not take into account the broader audiences that make the work significant and enable individuals to develop a truly transformative practice,” he wrote.

However Zaera-Polo acknowledged that his texts included elements taken from previously published material that were not clearly labelled as such.

“While compiling the information for the text and writing it into a narrative, I did incur inadvertently in a few instances of paraphrases, which would have required citation if they were to meet strict academic standards,” he wrote. “In three of these cases, the published text did not follow our approved version, because of a misunderstanding with the publishers.”

Zaera-Polo also published a second letter of support sent to Eisgruber, written by OMA’s James Westcott, who was editor in chief of the Elements of Architecture catalogue.

“I am aware of and troubled by the questions that have been raised concerning Dean Zaera Polo’s contribution to the publication accompanying the Venice Biennale,” wrote Westcott in an email sent on 30 September 2014 – the same day as Koolhaas’.

“It seems to be based on an over-reaction to a small handful of unattributed paraphrasings of rote technical information. And the over-reaction itself is based on a misunderstanding of the nature of Alejandro’s contribution, of the publication, and the the overall context.”

Elements of Architecture was the centrepiece exhibition at the 2014 Venice Architecture Biennale, titled Fundamentals. Occupying the Central Pavilion in the Giardini in Venice, the show broke architecture down to basic elements such as stairs, windows, door and roofs, each under a different curator. Zaera-Polo curated the section dedicated to facades.

Zaera-Polo’s statement was posted on the Princeton architecture school’s website today and addressed to staff and students.

The statement begins: “I am now addressing you in order to finally clarify the reasons for my sudden resignation from the Post of Dean of the School of Architecture at Princeton University on October 30 2014.

“This is now imperative not just in respect to the rumors spread on the internet about plagiarism and disagreement with the direction in respect to my work on the Venice Biennale 2014, which are demonstrably false, but to address even worse rumors caused by the abruptness of my resignation.

“The abrupt and unexplained timing of my resignation has produced an endless stream of sometimes grotesque rumors. I am issuing this statement to address those rumors for once and for all.”

Below is the text of the email from Rem Koolhaas to Princeton University president Christopher Eisgruber, sent on 30 September 2014:

As overall curator of the 2014 Venice Architecture Biennale, I invited a number of intellectuals to collaborate on one of its core exhibitions, Elements of Architecture. Alejandro Zaera Polo was the obvious choice for the Facade, given his outstanding and original body of research and published writing on this element. I invited him to make a major contribution both the the catalogue and to the exhibition, which he fulfilled to our satisfaction and to the satisfaction of the publisher, Marsilo, and the authorities of the Biennale.

The point from the beginning was to make a publication accessible to any reader. The catalogue is intended as a polemic, not an academic document. Zaera Polo also explicitly announced this at the beginning of his contribution. As such, Princeton’s expectation of citations for Alejandro’s text – which was conceived, with us, as a polemical tale full of speculation – seems a category error.

However, as has always been intended, the catalogue will be followed in the near future by a second edition, under a different publisher, in which we will have the opportunity to establish the traditional level of academic standard for all contributions.

As a curator of the Biennale, with my name as the lead on the text, I am comfortable with the material as published.

Professor in Practice of Architecture and Urban Design, Harvard University