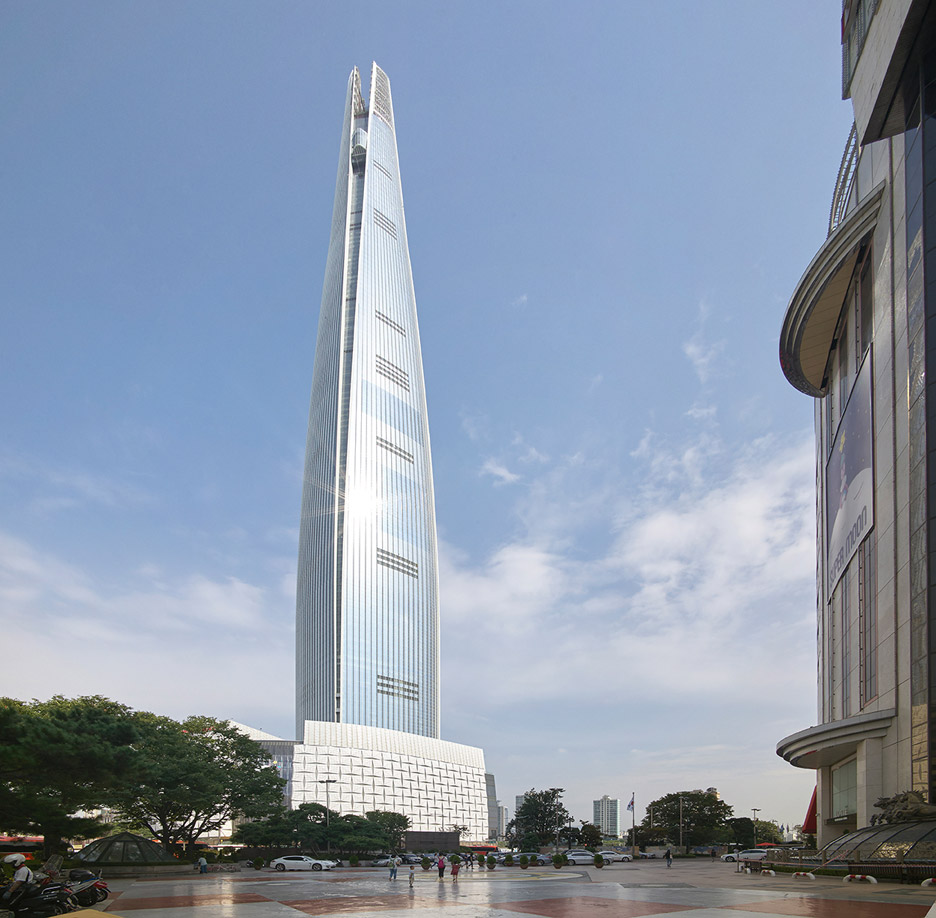 The skyscraper opened earlier this month after eight years of construction, surpassing the 305-metre-high Northeast Asia Trade Tower in Incheon by over 200 metres to become the tallest skyscraper on the Korean peninsula.

KPF intended the shape to juxtapose the area’s mountainous topography, as well as be “reflective of Korean artistry”.

A grid of white lacquered metal patterns the light-toned silver glass that makes up the rounded facets of the building, which incline upwards but do not meet at the top.

The Lotte World Tower is KPF’s fifth project on the list of world’s 10 tallest buildings, joining Ping An Finance Centre in fourth, CTF Finance Centre in seventh, the Shanghai World Financial Center in ninth and the International Commerce Centre in 10th.

The project has been under construction since 2011, but made the news in 2014 when sink holes were discovered in the near the site, including one with a width of half a metre and a depth of 20 centimetres, located just 500 metres away.

KPF ranked at number 265 in the inaugural Dezeen Hot List – a countdown of the hottest names in architecture and design. The firm’s other current projects include a supertall skyscraper in Miami and a skinny residential tower in Manhattan.

Photography is by Julien Lanoo.